The ‘Tito Mboweni’ hit-maker can now ‘SHA SHA’ his hard-earned money after securing a partnership with Drip Footwear worth R100 million. “If Cassper doesn’t inspire you, I don’t know what else will inspire you,” said one clearly inspired commentator. Another comment reads, “Cassper Nyovest sealing an R100M deal is a reminder to me to never stop doing business. We are different industries but the spirit connects.”

Well done to Cassper Nyovest and Lekau Sehoana for this groundbreaking deal.

President of France, Emmanuel Marcon was on the receiving end of a hot slap from a protester as he greeted the public.

The two suspects were arrested after the incident, which occurred during Macron’s visit to a school in southeast France. One humorous commenter said, “There must be a Marcon slap challenge with politicians. Maybe they will know to take us seriously.” To which someone responded, “Normalize beating up politicians when you see them!”

It seems most Africans applauded the action upon seeing the clip.

I don’t know if this is a testament to a love of violence or a deep hatred for politicians across the continent.

Competitive Sports is back

However, spectators are still not allowed at these events and recreational sports remain suspended.

“This took way longer than it should have,” noted one comment. Another asked, “Are there enough finances to support these sporting codes ahead of the Olympics or did all the money go to Steve Harvey?” While someone else pointed out, “What do you mean by competitive. Have you seen Sunday football? It gets very competitive!”

This is a step in the right direction and I hope local sports can recover after being sidelined for so long.

“Jessica We Are Live!”

In an odd yet funny turn of events, the Namibian NBC News team saw probably their most viral blunder this past week.

A video shows NBC News anchor, Jessica Kaimu firmly correcting her colleague, Elmarie Kapunda despite them being live on air.

A surprised Kapunda in turn tried to correct Kaimu response with the now-famous phrase, “Jessica we are live!”

The clip took a life of its own on social media. “Jessica We Are Live!”

SABC News even spoofed the moment by recreating the awkward situation themselves.

Sakina Kamwendo and Vaylen Kirtley poked fun at the viral video and ended up going viral themselves.

“Jessica clearly doesn’t like that lady and she took her chance to shut her down. She didn’t care whether she was live or not,” declared one comment.

The Euro 2020 Championships are underway and football fans are over the moon.

However, one particular match between Denmark and Finland almost took a turn for the worst as Danish midfielder, Christian Eriksen suddenly collapsed mid game.

Eriksen suffered a cardiac arrest towards the end of the first half and medics had to rush to save him.

Thankfully he is alive and recovering but it was a very close call. The former Tottenham Hotspurs player took to his social media to ensure everyone he is all right.

“I’m fine – under the circumstances. I still have to go through some examinations at the hospital, but I feel okay,” he said. “That was a terrifying moment. I feel for the players who had to continue playing after such a scary ordeal,” read one comment.

We wish Eriksen a speedy recovery and hope to see him back on the field as soon as possible.

In this article:Cassper Nyovest, Entertaiment, President Macron, President of France, Social Media Round Up 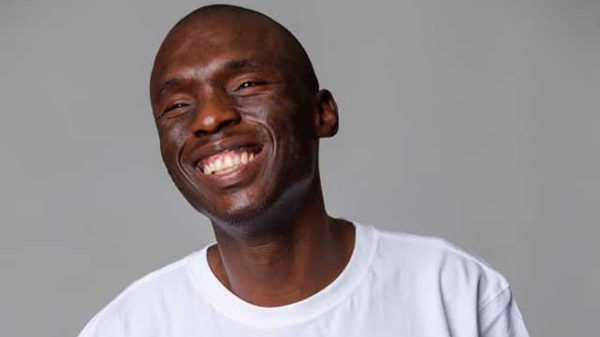 Dreamers Avenue to host workshop for creatives Covid-19 has exposed the need for diversification in the local entertainment industry. In light of this, Ontiretse...