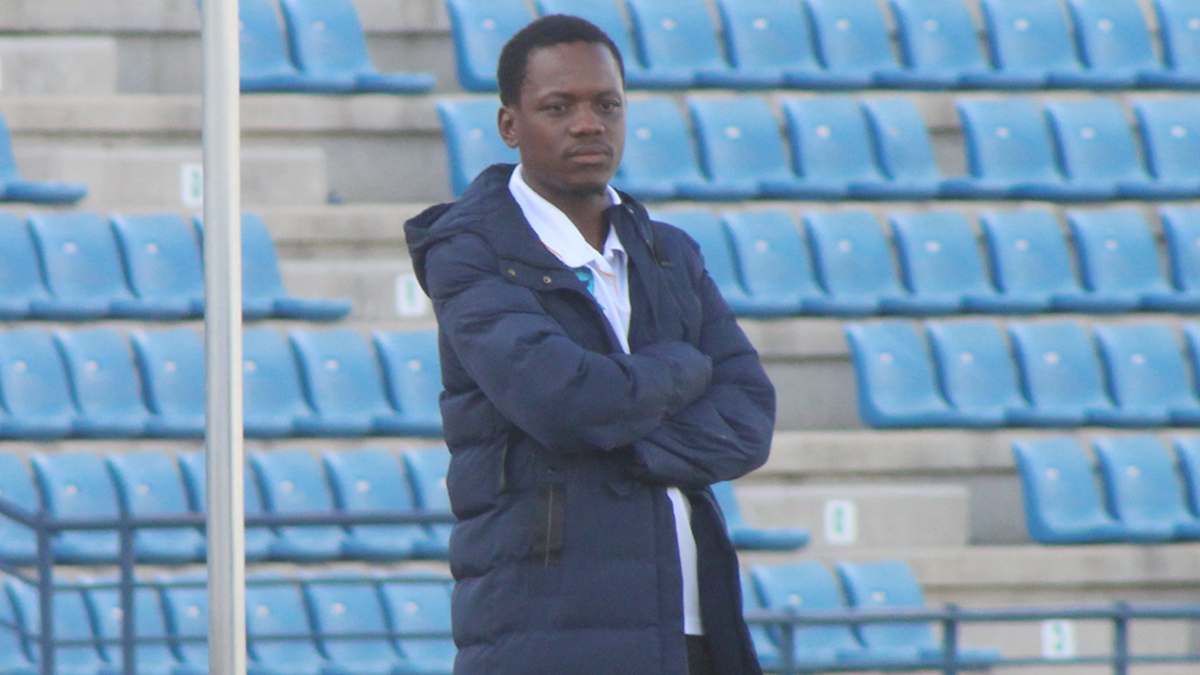 From the dusty streets of Aerodrome in Francistown, Eleven Angels Football Club has risen like a phoenix to reach the apex of Botswana football.

At the helm of this beautiful story is 31-year-old Seemo ‘De Rossi’ Mpatane.

Fresh from sitting his final examinations at Francistown Senior Secondary School (FSSS) in 2010, the soccer-mad youth grouped together like-minded boys to form a team.

Within five years of registration, Mpatane’s troops had soared through the ranks of local football, gaining promotion to the First Division and playing some spectacular stuff in the process.

On Saturday, the fairytale reached a new high.

In front of a raucous crowd at the old Francistown Stadium, Angels humbled Mochudi Centre Chiefs, thumping the four-time BPL champions 5-0 to win promotion to the Premier League.

Fresh from this incredible triumph, Mpatane speaks to KABELO DIPHOLO…

Congratulations on your sensational promotion to the Premier League – has it sunk in yet?

To be honest it hasn’t sunk in as yet, just feels like a beautiful dream.

It seemed as if the whole of Francistown were rooting for you, did you get that feeling?

F/town and the entire north of Botswana was behind us; we felt the love and it gave us courage.

You also received overwhelming support from Tafic fans. What did you make of that?

We are very happy with the support we received, and not just from Tafic but from all the Francistown teams that wished us well.

I also wish Tafic well in their coming promotional match.

The team started as a development side early 2010 then got registered in 2013 with money collected through sponsored forms.

We triumphed in the third division in our first ever season with players like Gofaone Mabaya, Fortunate Thulare and Danger Tlhalefang.

We spent four seasons in the second division, and we finally got promoted to First Division North in 2018.

And now we’ve just been promoted to BPL at our third attempt.

A beautiful story sealed with a dramatic end to the season on Saturday. 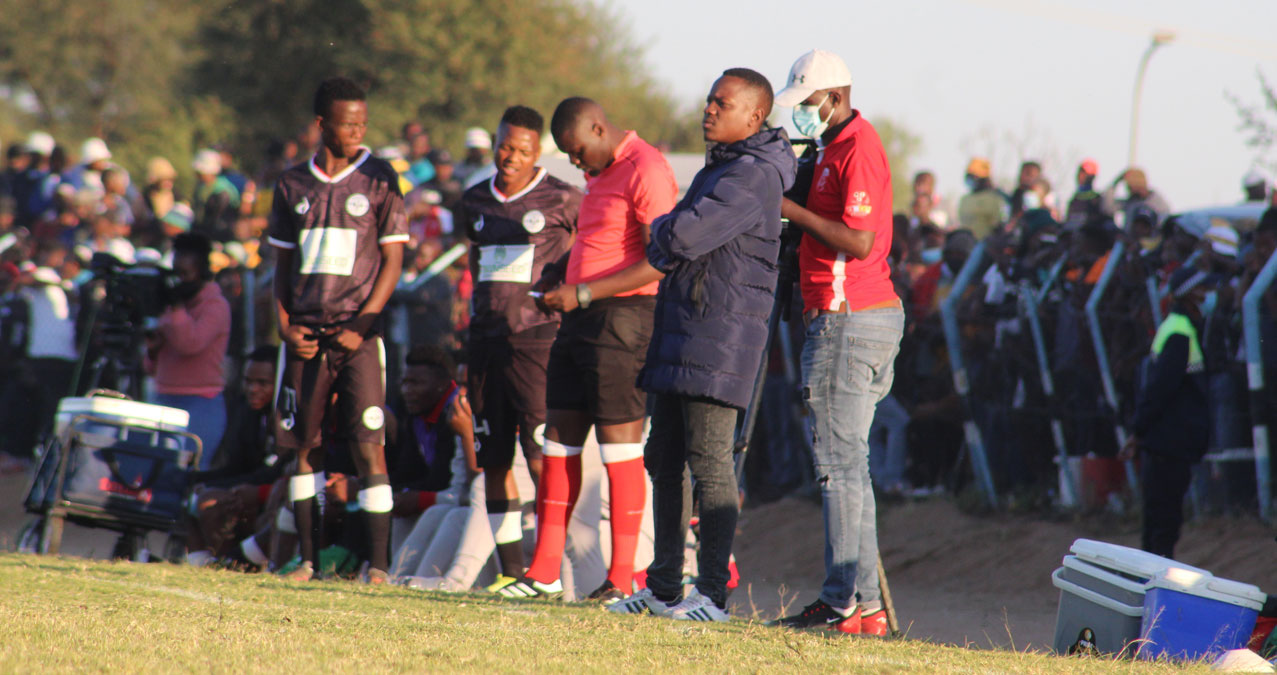 CLOSE OBSERVER: Mpatane pulling the strings from the side-line

Going into the game in front of such a huge crowd, how did you keep your young players calm?

It was a difficult one because the boys were anxious and I must say the 45 minute break following the chaos helped us because we spoke to the boys in the dressing room to calm them down.

What did you say to your players in the changing room during the break and were you worried the ref would call the game off?

We were able to focus and go back to our tactics and fixed the early hiccups in the opening 20 minutes.

We were, however, ready for any decision that would’ve been taken following the stoppage.

Do you have the required qualifications to coach in the BPL?

I don’t, but this off-season we will work very hard so that I get the required B licence.

The club has started working in that regard.

We don’t have a break at the office, we want to be financially ready for the commencement of the league, hopefully around August.

Is your ambition in football limited to Angels or do you see yourself one day moving on? For example, Township Rollers currently don’t have a coach – if they called you up tomorrow and offered you the job, together with a lucrative salary, would you take it?

In football you never know what might happen, Angels is my baby but to answer your question I’m not limited to them.

I’ll be willing to explore other opportunities.

Your young stars are sure to attract attention from some of the bigger clubs, are you confident of keeping your squad intact?

I expect some of the big clubs to come for our talented players, and whether they decide to stay or leave is their choice.

I, however, don’t fear losing players.

How do you juggle being team owner and coach?

The team has a committee led by a Chairperson and his Vice.

I only focus on the technical aspect of the team and ensuring that we deliver on the pitch.

How are you going to deal with the financial pressures that come with playing in the Premier League?

Like I’ve already mentioned, we’ve an active Executive Committee that’s looking at all these things.

We know what to expect and the committee is working very hard to ensure that we don’t go into the Premier League as a charity case.

For a relatively new team, Angels have an impressive support base, how did this happen?

It is not surprising at all.

We play an attacking and attractive brand of football.

This is exactly what people pay to see at the stadium, and so far it has worked quite well for us.

Where do you get your inspiration when it comes to tactics/football philosophy?

My biggest influence has been Brazilian coach, Carlos Alberto Parreira.

I fell in love with him when he was South Africa’s head coach.

I saw a change in Bafana Bafana’s approach and style, and I thought to myself that’s what I wanted to bring to a team. 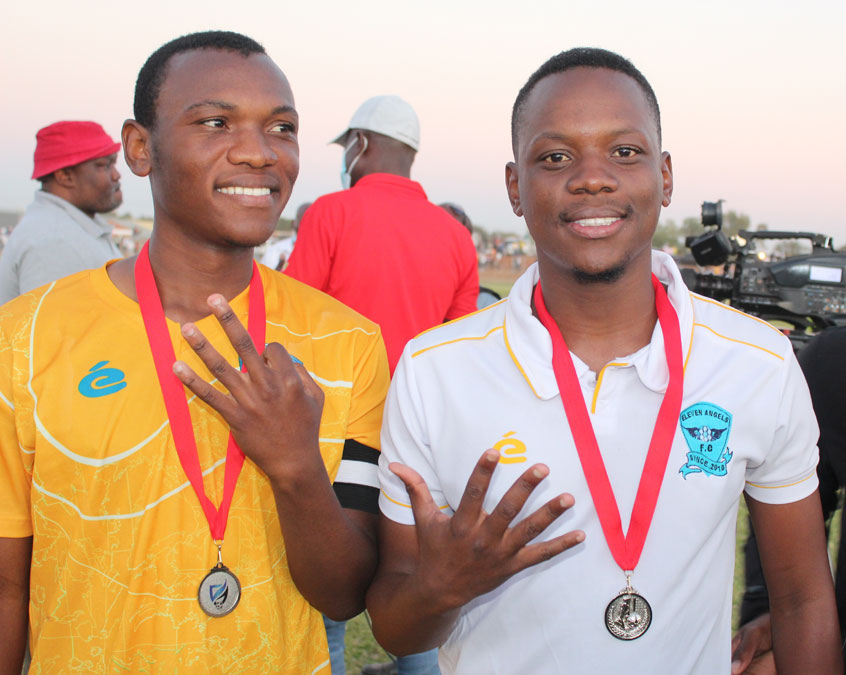 PROMOTED: Mpatane and his younger bro with their medals

Your younger brother, Bakang, is the captain – have you ever had to sub him when he’s not playing well? Must make for awkward conversations at home!

My brother has played for all the junior national teams.

He’s been in football structures way before Elevens Angeles became what they are today.

He knows what is expected of him and respects my decisions as a coach.

How come you don’t play yourself?

I used to play football.

In fact, when I finished at Francistown Senior School I still had intentions of pursuing football as a player.

However, I formed a team which grew quickly. This team took most of my time, so I had to decide whether I should continue playing or focus on developing the team.

It wasn’t a difficult decision.

Realistically, how far do you believe Eleven Angels can go?

We believe in ourselves.

Since we started playing in all the football divisions, nobody has ever given us a chance.

No one gave us a chance when we went for the First Division promotional play-offs, but we won all our matches.

We were not given a chance against Mochudi Centre Chiefs, but we still won.

We are carried by our belief, and nothing will change in the premier league.

We’ll tell the boys to go out and express themselves, and enjoy the moment.

Let’s get personal, tell us a bit about yourself away from football? What do you do for fun?

Football is my life.

For fun, if I’m not coaching my team, I watch football, either on television or at various grounds around the city.

Young, successful and handsome, you must be spoilt for your choice of the ladies?

Not really. I’m focused on football and my career as a coach.

If I didn’t focus, my team and I would have never reached this milestone.

And finally, Thank God It’s Friday, what are your plans for the weekend?

It has been a hectic season.

We’ve achieved what we set out to do at the beginning of the season.

The boys deserve a break, well deserved too.

So this weekend I’m taking a break, I just want to relax.