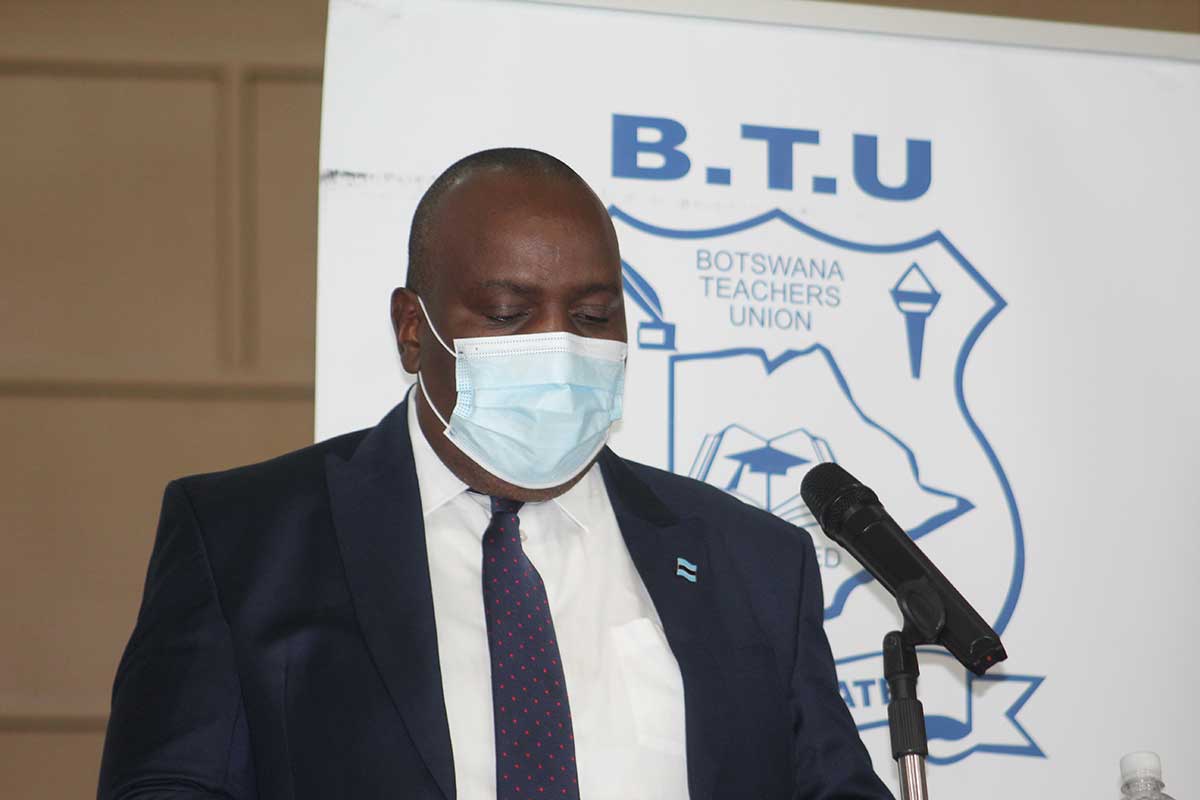 The newly appointed Minister of Education and Skills Development, Dr Douglas Letsholathebe, has called for a more pragmatic approach to education that would ensure the country meets the development challenges of our time.

Speaking at the Tertiary Sector Day held at Adansonia Hotel, Letsholathebe said it was time that educators, and the nation, determine the nature and magnitude of the investments in order to have a tertiary education system that gives out the human capital needed in both numbers and quality to effectively support the country’s development aspirations.

He said there are six interconnected areas that require urgent attention, with a totally different mindset. Letsholathebe identified these as adequate preparation of learners through all levels of education, including Early Childhood Care and Education (ECCE).

“Adequate investment in ECCE, especially in nutrition, health and preschool education, ensures the optimal physical, mental and cognitive development of children in their formative ages, when learning is most efficient,” said the minister.

He noted that secondly the country should deal decisively with the challenges of access and equity in education, generally, and for tertiary education in particular. He said there’s a need to identify and use critical access indicators to develop and manage tertiary education.

Other areas include quality of education, governance of tertiary education, investment and partnerships.

The minister further said as things stand, our tertiary education system is a long way from being ready to deliver the human capital needed for a knowledge economy.

“It will require a systemwide revolution that delivers quality at every level of the education and skills development continuum. It is impossible to have quality tertiary education when basic education is failing,” he said.

The minister also told the Tertiary Sector that It is not possible to build quality tertiary education when there are no incentives for research and innovation.

On the area of governance, which he said is also critical, the minister noted that education is too important for a country to be casual about it. He said currently there are institutions which shouldn’t be running, and instructors who’re not qualified for teaching.

“We need appropriate, robust standards for education management. And we need to enforce them,” charged Letsholathebe.

Advertisement
Related Topics:A call for education system overhaul
Up Next