Board booted out as villagers put their trust in new hands

The simmering tension hovering over the remote settlement of Khwai in recent months finally exploded at a heated kgotla meeting on Tuesday.

Having lost faith in the community’s development trust, fed-up villagers booted Jonah Amos and his deputies with a motion of no confidence – a feat they have been trying to achieve since December, when they insist the board’s three-year term came to an end.

A new board was swiftly voted in, with Ronald Ntsogotho elected chairperson. 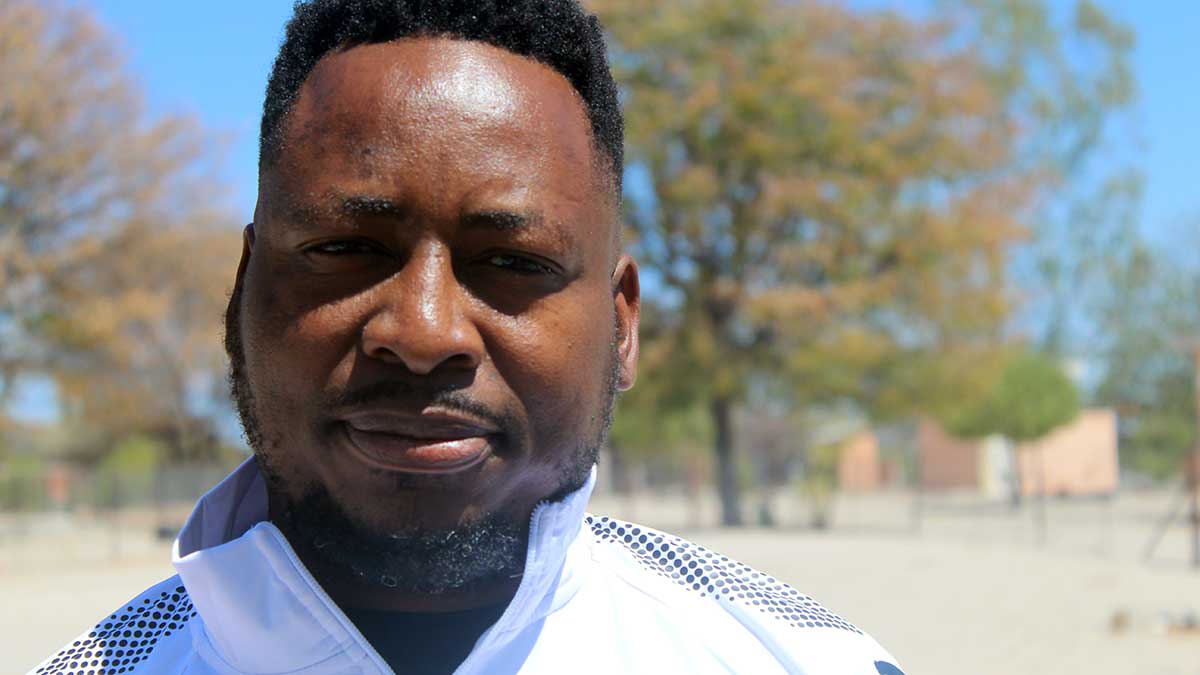 Outlining why they felt compelled to seek this route, one of leading voices in the anti-Amos group, Baefesia Sango, insisted that as well as overstaying their time in office, the board had failed to run the trust transparently.

Speaking at the meeting, Sango maintained the board had broken the Trust’s constitution, noting, “The present KDT (Khwai Development Trust) board of trustees had delinquently reigned the office from December 2021 to present day.”

Another grievance Sango cited was in regards to a ‘pending’ court case between Khwai Development Trust and Soren Lindstrom Safaris.

Although the matter was settled out of court in 2019, Sango insists the community still regard the case as unfinished.

Initially, the motion of no confidence was tabled early last month at the same kgotla.

However, it fell through due to the absence of a representative from the District Commissioner’s (D.C) office, which is an arbitrator in community matters. 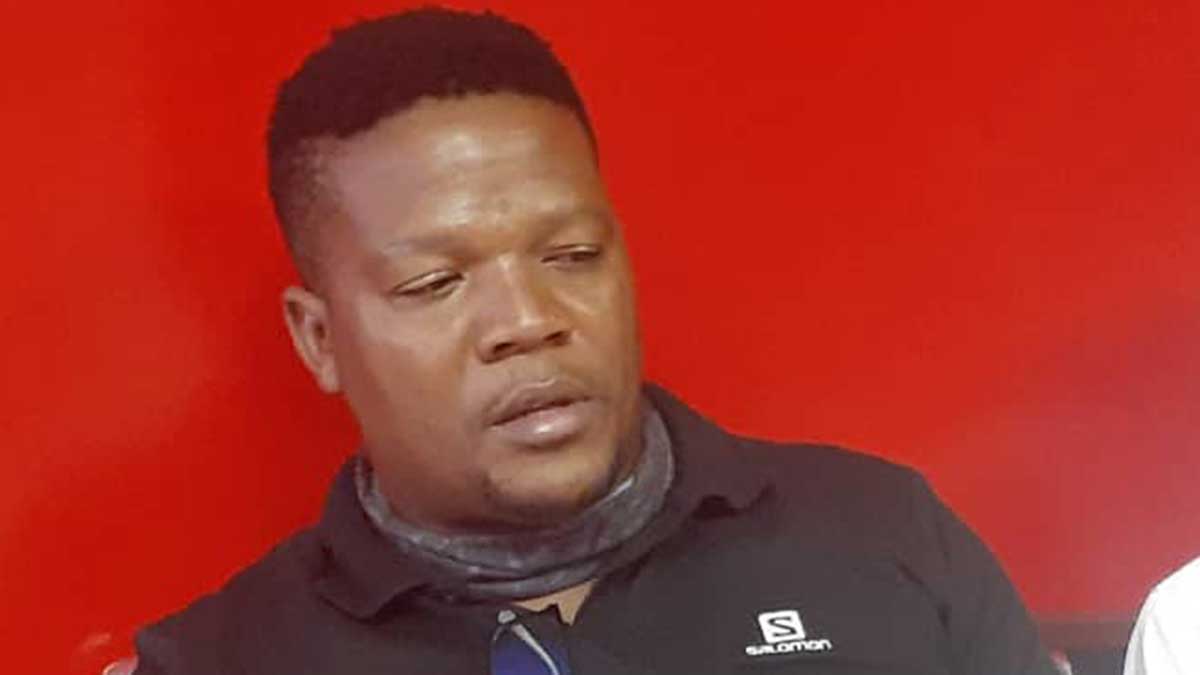 “The board called a special general meeting on 6th April in which they dictated inauguration of their desire to hold unto office until the fall of June 2022. We ferociously disapproved the demands, to an extent that the community passed the motion of no confidence by majority rule in favour of deed of trust article 12,” explained Sango.

He was equally scathing of the D.C’s office, singling out Deputy D.C, Pelotshweu Ntesang of Maun Administration Authority (MAA) for failing to intervene and allowing the tension to fester, to the point where community members no longer share greetings.

“You, in particular, Mr Ntesang, continue to condone these rotten delay tactics displayed by the KDT Board. You behave like you’ve been bribed and captured by the KDT board.”

Bringing a calm head to proceedings, the village’s Deputy Chief, Kgosi Lesie Kwere, confirmed the village was divided, torn apart by the power attached to the running of the trust. 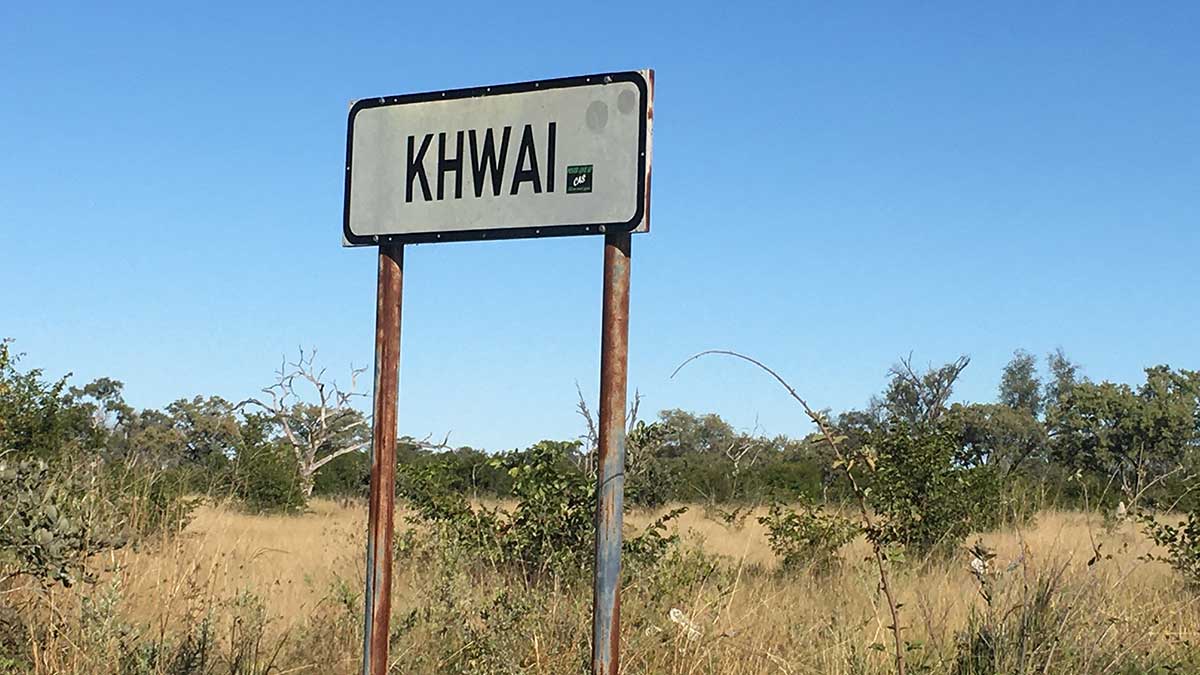 Attempting to reconcile the villagers, while also dropping a warning, Kwere added, “It does not mean we hate them (Amos and his board), we do not like the way they were running the trust. I want to make it clear that if the just-elected board fails us, too, we will vote them out before their three-year term comes to an end.”

There may still be a few twists to play out, however, with Amos vowing to appeal the decision through a court order.

By Wednesday morning, the dumped chair was still fuming, telling The Voice proper procedure was not followed at the meeting.

“Mr Ntesang is a big fool. I have never seen a District Commissioner who acts without thinking things through, he did not even check whether the board formed a quorum. He told us that he was instructed to listen only to the concerned group and chair the ballot. He never even shared the letter of concern with the board, or even allow us to have a say at the kgotla.” 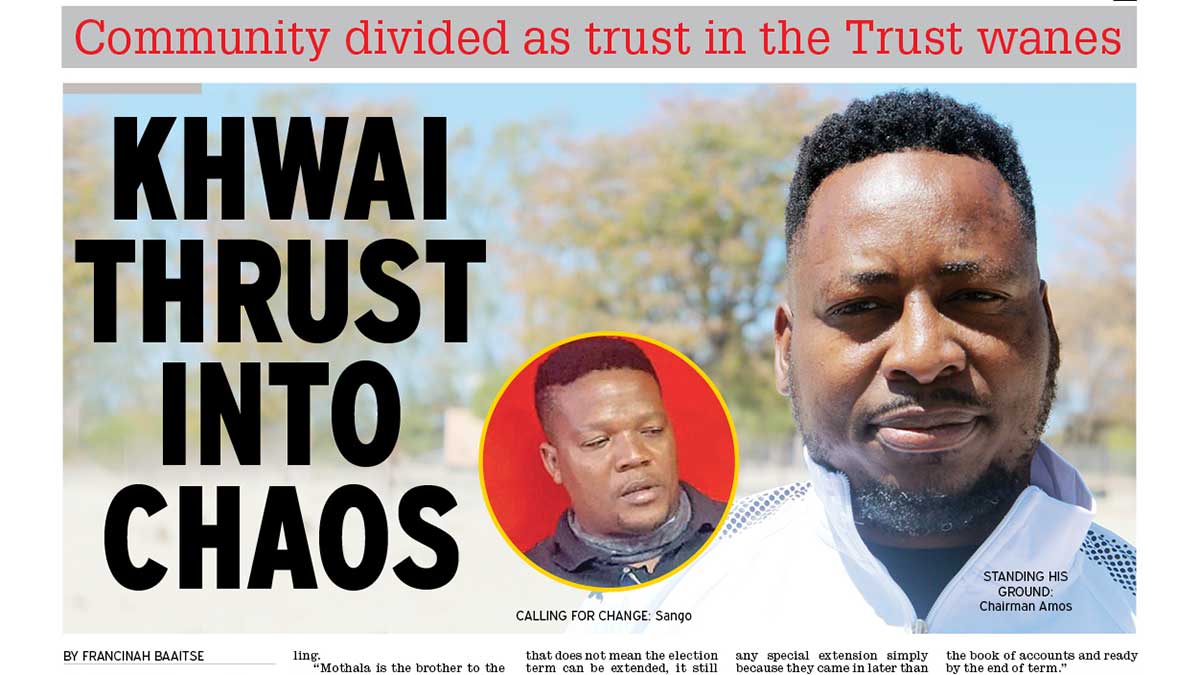 WHAT A DIFFERENCE A WEEK MAKES! Last week’s article on the Khwai Trust

Amos added angrily, “Probably they bought him, too. isn’t it they said we paid him to delay our term in office.”

Meanwhile, newly elected board chairman, Ntsogotho, promised the community that the first thing on their agenda is to audit the Trust finances.

“We will report back to the community in the nearest future,” pledged the new broom.

Located in the Okavango Delta, a three/four-hour drive from Maun, hopefully peace will finally return to the village.

In this article:A fresh start for Khwai... For now!, Okavango Voice 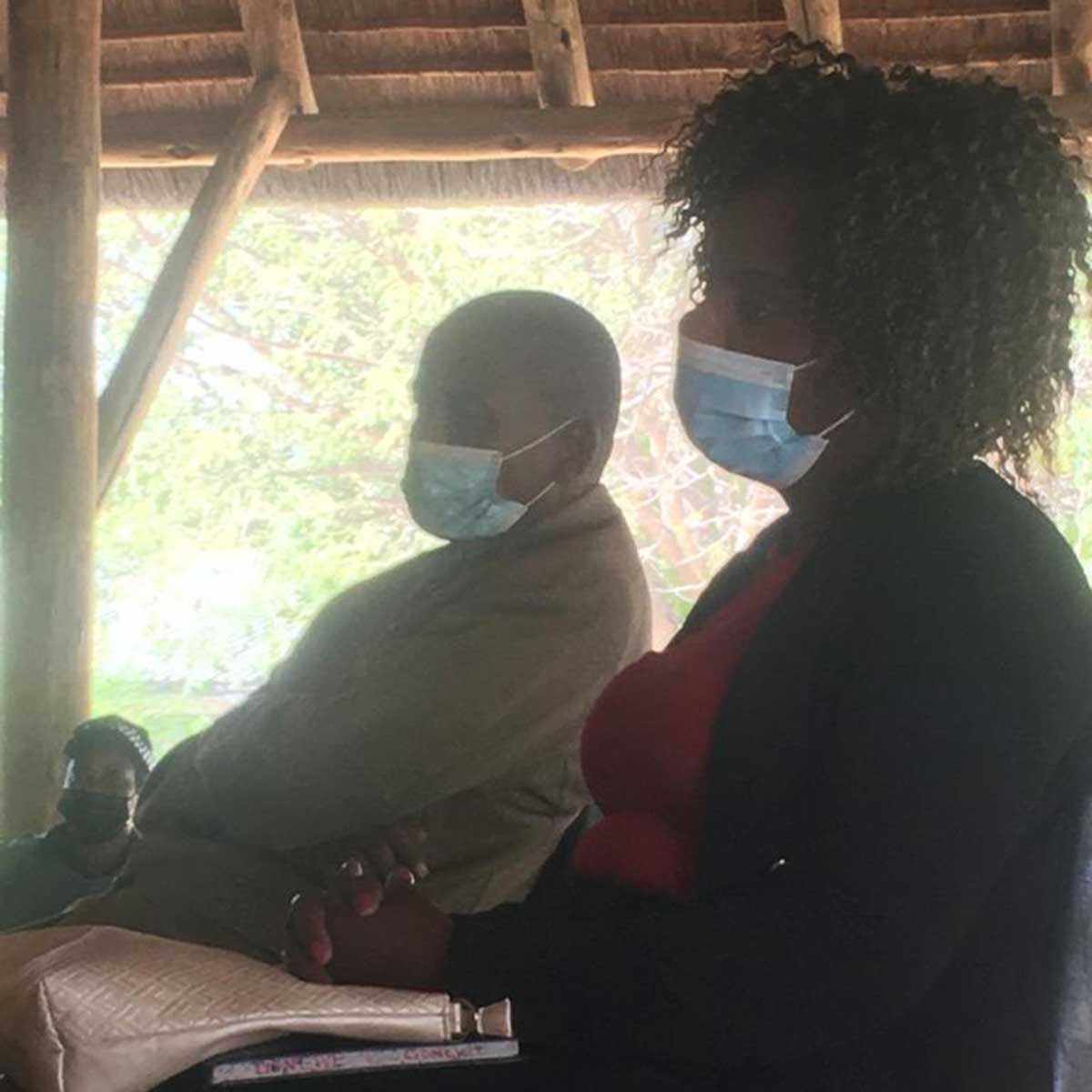 Wife assaults hubby for confiscating car after catching another man behind the wheel A school teacher’s estranged wife needs a lesson in how to...