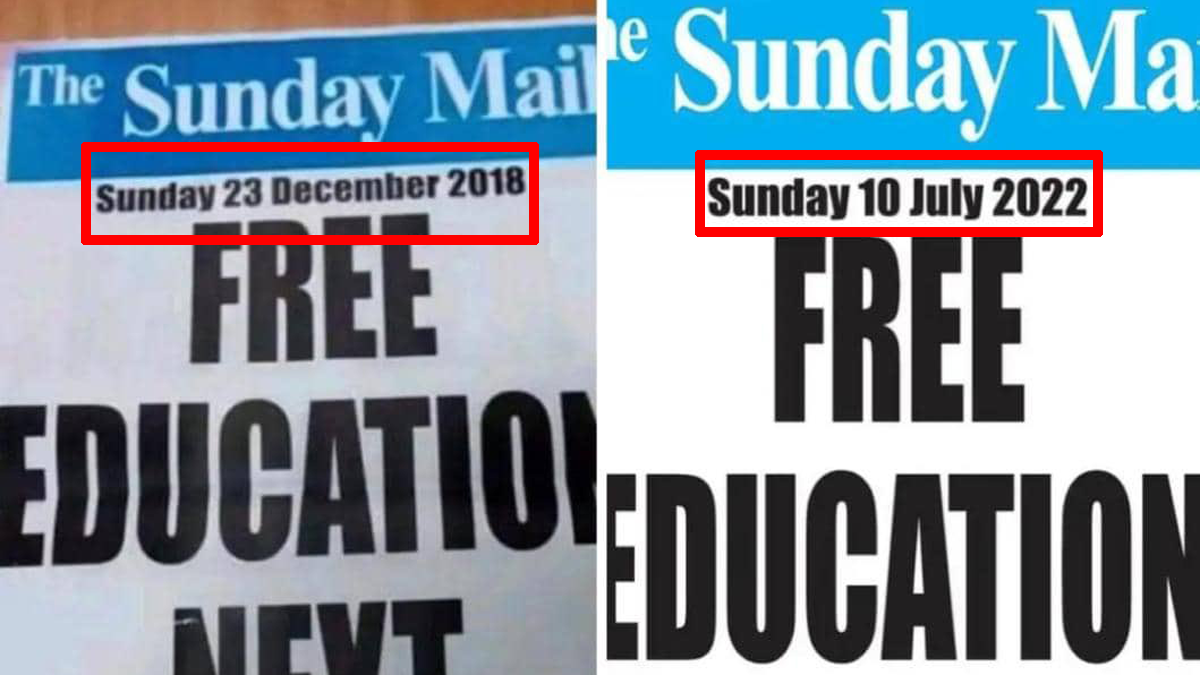 “Repeat a lie often enough and it becomes the truth.” I thought of this law of propaganda attributed to the Nazi Joseph Goebbles as I realised that between now and the next general elections, we would have been told a million lies.

We would also see President Emmerson Mnangangwa and the first lady going to different churches every weekend dressed in long robes and seated on the ground with fellow congregants with spin doctors telling us the first family have so much humility.

Self proclaimed prophets will also tell the President what he wants to hear, that he is God’s chosen leader and thus no one will dare remove him from his seat.

In fact, we are already being subjected to the above and to say some of the things are annoying is an understatement.

And to think we have at least 10 months to go.

Oh and by the way, according to the rumour mill, the main reason President Mnangangwa goes to these mapostori churches(Mazezuru as they are known here) more often now is because he is being haunted by the late former President Robert Mugabe’s ghost.

These churches or their leaders are believed to have the powers to get rid of such evil spirits.

It is also time for mudslinging among politicians, reports of factions in major parties and the formation of new smaller parties.

Talking of mudslinging, I cringed on Tuesday morning when I read a tweet by controversial personality Susan Mutami claiming that she had her first oral sex with President Mnangagwa and that despite the latter being HIV positive, she has a clean bill of health.

This is not the first time for Mutami, who is based in Australia though frequently in the country to write about her sexual encounters with the President and a countless number of politicians.

Many have wondered about her audacity and the conclusion has been that she could be having a lot more ‘files’ which she may have acquired during her escapades which could be more damaging for Mnangagwa.

Some say the President’s enemies are actually using her to tarnish his image considering the timing of her tweets; such is the politics of our country.

Anyway back to the lies which the ruling party keeps telling us because no one really seriously holds them accountable.

Every time prior to the elections, we are told there will be free primary education when they are voted into power again, free access to healthcare at public institutions, that roads will be upgraded, that the economy will go back to its former glory days, basically they will be telling us that Zimbabwe will be Canaan and flowing with milk and honey.

Some people genuinely believe the lies and vote for the party but for some, it’s just the same old propaganda.