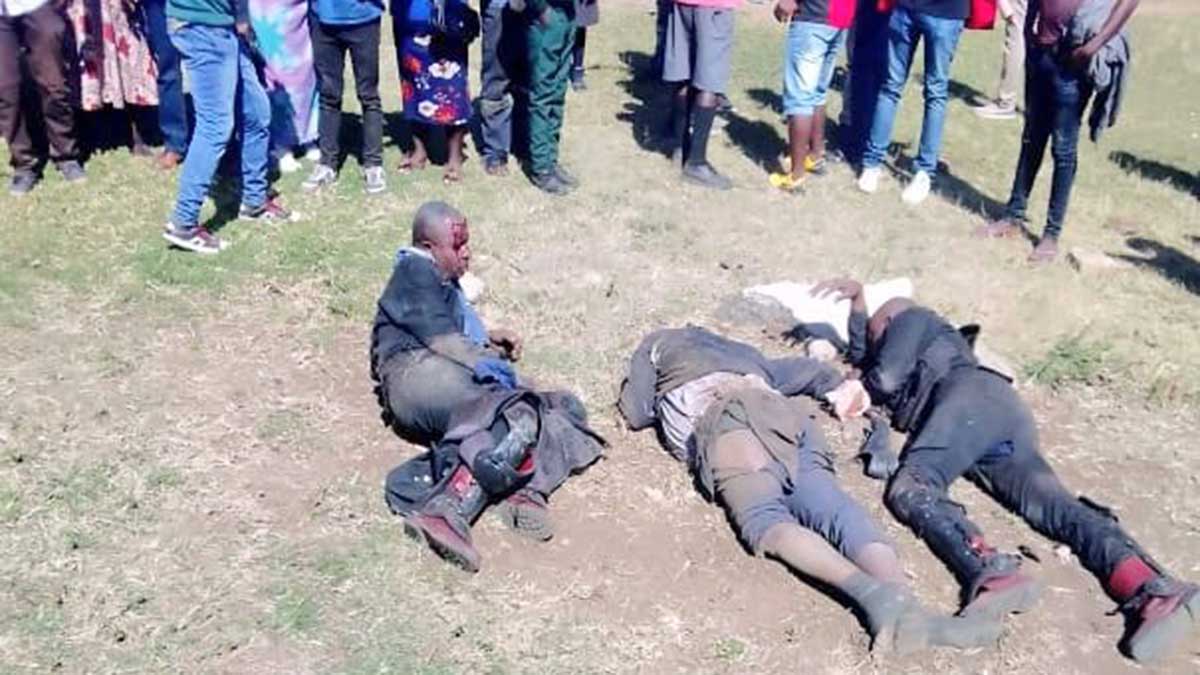 Our police force can be brutal when dealing with masses or when trying to prove their power.

Many lives have been lost in the past at the hands of overzealous police officers, with the majority literally getting away with murder.

A few years back, a similar incident happened in Bulawayo and eight lives were lost; nothing happened, no one was held to account.

Early this year, at least six people died when some police officers threw spikes under a combi carrying passengers. The combi overturned, killing six passengers and injuring others. The cops in question were never arrested for their act.

But, this time around, some people decided enough was enough.

I am thus one of the many Zimbos who were happy to learn that three police officers were beaten to a pulp in Harare on Friday after they caused the death of an elderly man while trying to seize a combi from its driver.

The officers reportedly wrestled a combi driver while the vehicle was in motion, resulting in a 54-year-old man, who was walking by the roadside, being run over and dying on the spot.

This infuriated people witnessed the incident and they decided to teach the officers a painful lesson. Two of the officers are said to be in critical condition after the beating from the mob.

I don’t wish death for these police officers because doing so is inhumane; I wish them a speedy recovery because I am sure after this incident they will be better police officers.

They will now know that they are not super beings who can do as they please on the roads and that there are better ways to handle issues than resorting to violence.

In this case, if the driver was trying to run away, they should have simply taken down the vehicle’s registration number and impounded the car at a later stage.

I also hope this becomes a lesson to all our officers, that they can never get away with murder all the time – it’s not every day they can ‘kill’ while people fold their hands and watch.

In other news, some wholesalers and retailers have decided they will no longer accept the local currency as payment for their products.

As expected, the Finance Minister, Prof. Mthuli Ncube, is livid about this move, which he has called nonsensical.

But whatever he says, the business community has a right to reject the worthless currency, which loses value with each passing minute.

In any case, the informal business people have long done away with the Zim dollar and so it’s high time our leaders also accepted the reality that the local currency is as good as dead.

Advertisement. Scroll to continue reading.
In this article:A taste of their own medicine, Letter from Zimbabwe