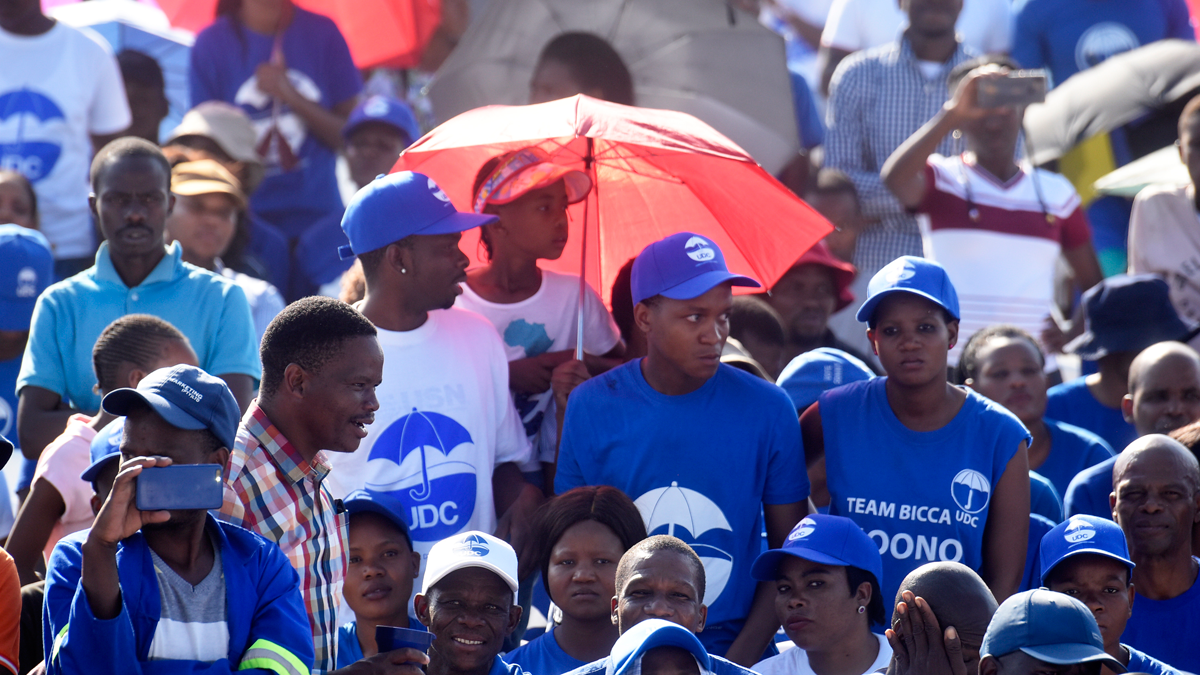 This weekend there is another by election at Moselewapula in Francistown and for the second time in a row, the opposition Umbrella for Democratic Change (UDC) and Botswana Congress Party (BCP) will be fielding two different candidates

This is despite having gone into past elections under one wing.

The fielding of separate candidates is a true reflection of what is happening under the coalition which the BCP may not be part of after six months.

Gift Ndanyala Tebo of the UDC, Ngwisiwa Ntogwa of Botswana Democratic Party and Mmoloki Wairi of BCP are the three candidates hoping to win the hearts of the electorate.

Tebo is a staunch member of the BCP, who now finds himself pitted against his own party after the BCP decided to contest on its own outside the UDC.

The Council seat fell vacant after the death of former Councillor, Reuben Ketlhoilwe, in May.

Although the ward has been a close contest before, Political Analyst, Keaoleboga Dipogiso refused to indulge on the outcome.

“Firstly, I don’t indulge in foretelling electoral outcomes. I have a problem with predicting elections, because I don’t find it necessary. Rather, what is necessary is to outline a number of variables that may influence the outcome.”

He said this by-election happens at a time when there is widespread discontent, a rising cost of living and questions over service delivery on the part of government.

“If these concerns form part of the by election campaign issues, they obviously do not favour the ruling party.”

Dipogiso said that there is also an old trend of by election victories for the opposition.

He said that even recent by elections were predominantly won by the opposition, rendering it very uncertain for the BDP to lay claim to victory.

“This means that the competitiveness of opposition in by-elections is enhanced, compared to general election. Therefore, despite it’s current state of chaos, the opposition stands a chance. Either of the opposition camps stand a fair chance on the basis that each of them has a claim to the ward.”

He however said the BCP, having won the ward before under UDC means they might be having significant presence.

“You might not want to discount the role of the current fissures within the party. UDC on the other hand, stands a chance. Despite reversing their gains of 2014 during the 2019 election, they have proven to match the BDP in terms of resources to manage campaigns, especially in by-elections. Evidently, as they have wrestled some wards from the BDP, they might retain the ward,” he noted.