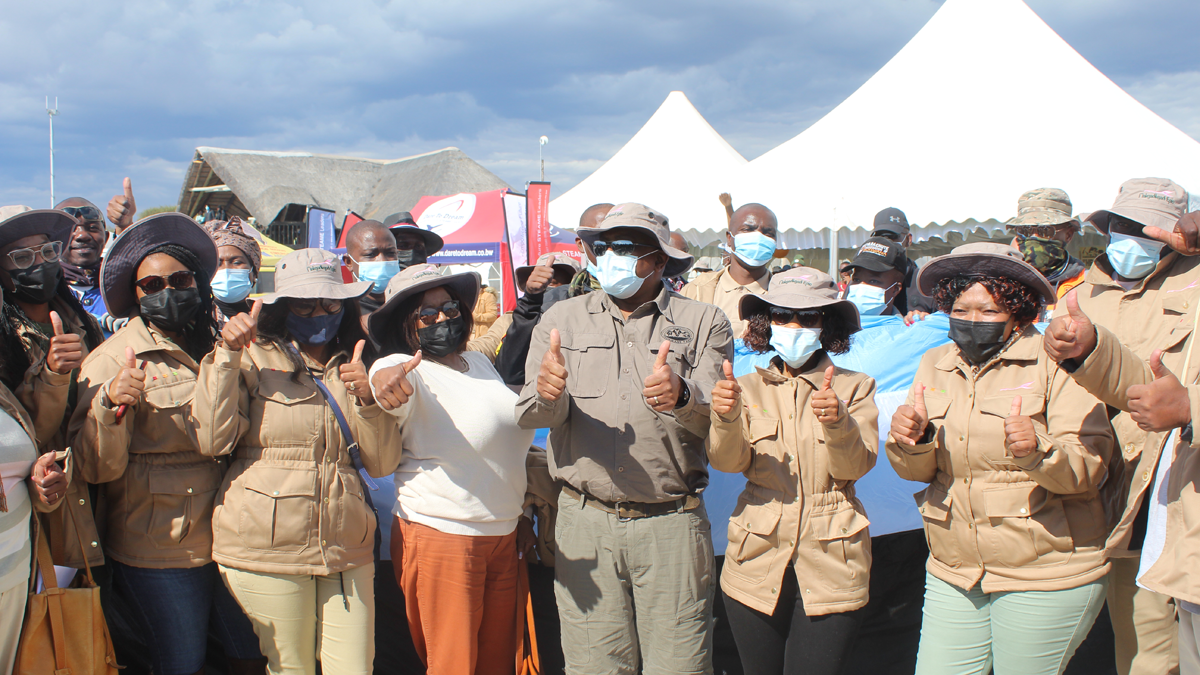 A journey that began a fortnight ago culminated in an epic outing this weekend for the annual Makgadikgadi Epic at the scenic Sua Pan.

I’ve been loyal to the event since its inception at the Nata Bird Sanctuary in 2015.

However, when I touched down in Sowa Town on Thursday, although I was hyped-up and excited, even I couldn’t have imagined what awaited me. A dome tent, a portable bed, a small table and black plastic chair, this would be my home for the next four days courtesy of Botswana Tourism Organisation (BTO).

We arrived late in the evening, nearly missing the iconic Makgadikgadi sunset. Together with an excited group of journos and influencers, we proceeded to our tents and regrouped moments later to kill the winter chills around a bonfire. 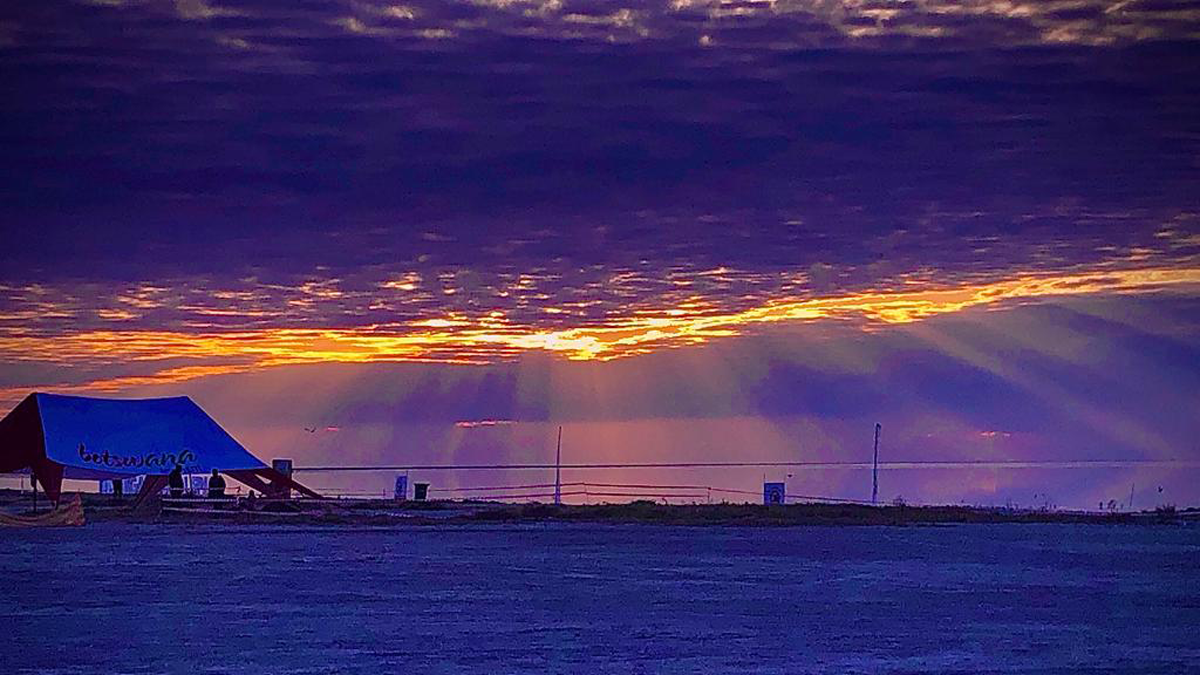 So much awaited us the next morning. Activities included quad rides, jet skiing and tandem jumps.

I had made it clear that I would not be taking part in any jumping out of a plane. I’m not that impatient, and would gladly wait for the plane to land!

“Jumping off a perfectly fine plane from 18, 000 feet does not thrill me in any way. I prefer my feet firmly on the ground,” I declared to the group. 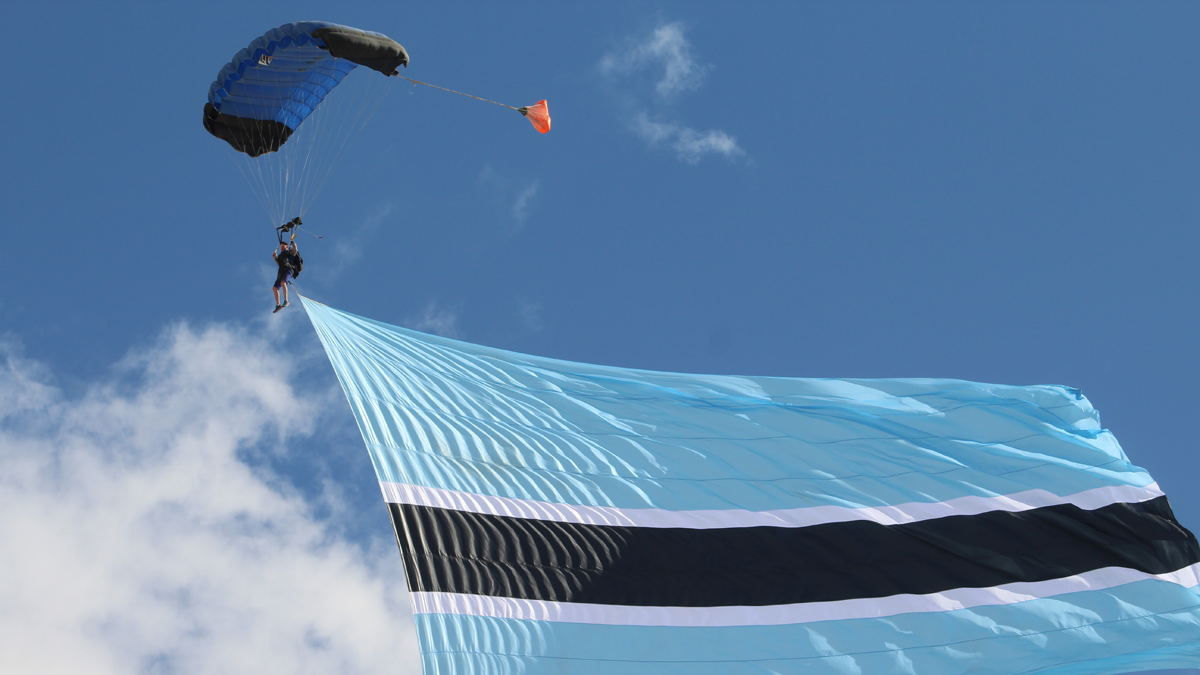 RAISE YOUR FLAG: A special dive for President Masisi

“Well I don’t think they would let you anyway, you’re a bit on the plus side,” piped in an insensitive scribe.

For the first time, I was very proud of my extra weight. I’m too fat to jump off a plane, and that’s alright with me!

By the time we made it to the landing space, spectators were already filling up. Food stalls were a beehive of activity, and the thick aroma of Botswana’s finest beef and chicken wafted pleasantly through the atmosphere.

At around 11am, the first skydivers descended from the sky; from that moment Makgadikgadi Epic was truly up and running.

Skydivers kept spectators busy throughout the day with their death defying stunts, plummeting out of the sky at lightening speeds, landing with the gracefulness of a seagull. 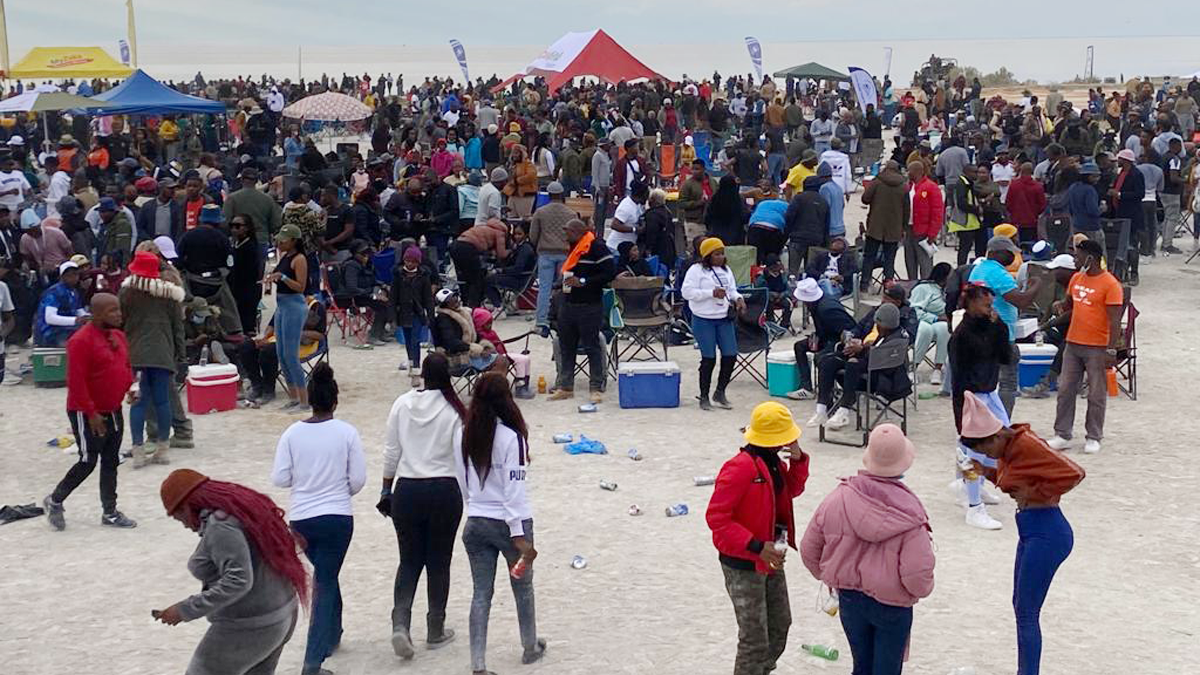 It was a spectacle to watch, under a moody sky that threatened rain, only to give golden sunsets.

Spectators more than doubled on Saturday, perhaps lured to the Pans by a music line-up that included Women of Jazz, Dato Seiko and a host of DJs.

One of the highlights of the day was President Mokgweetsi Masisi’s unexpected on-stage cameo. The President debuted a new dance style that is now trending on social media.

That was, however, topped by the hair-raising stunts from the Puma Flying Lions duo of Scully Levin and Arnie Meneghelli in their famous Harvard planes. The South Africans were making their return following their memorable appearance in 2018.

My highlight was taking to the skies aboard the Hercules C-130 with the famed Botswana Defence Force (BDF) Zulu-10 squadron. The beast quacked and roared, effortlessly piercing the afternoon clouds up to 12, 000 feet, before opening the hatch to unleash the first group of fearless sky divers. 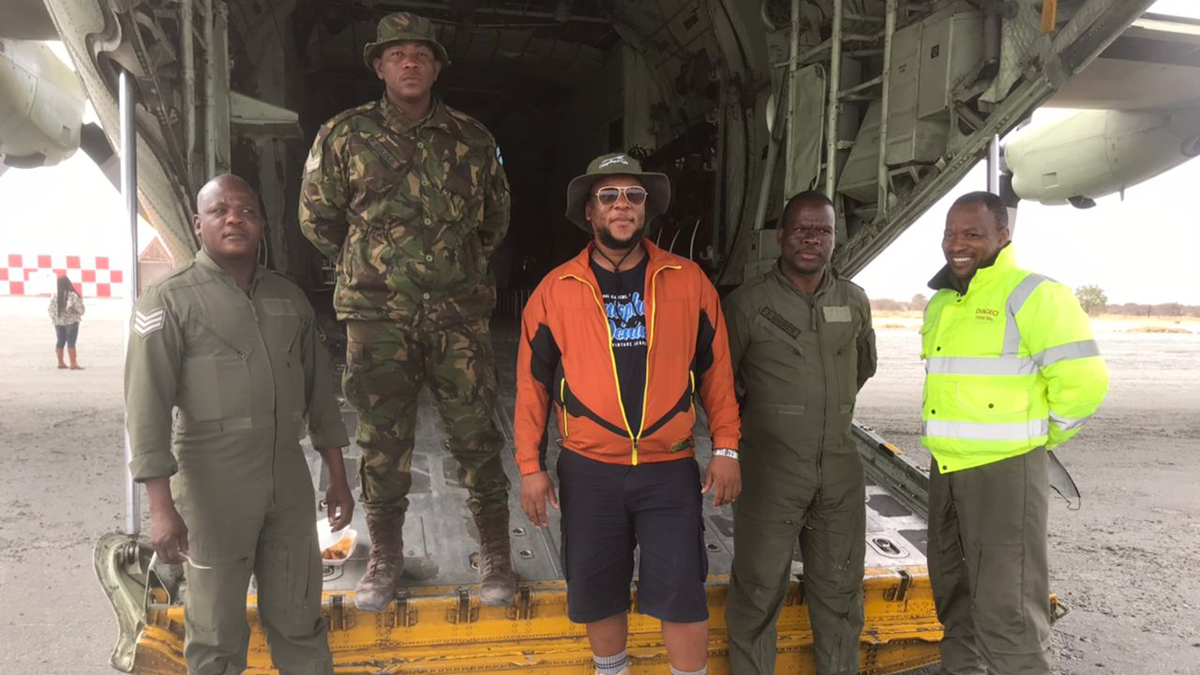 READY TO BOARD: Dipholo and C-130 crew

The eerie joy on the faces of the professional skydivers as they left the safety of the craft will forever be etched on my brain – and, no, it wasn’t quite enough to tempt me to have a go next year!

It was an epic outdoor display that thrilled spectators from up in the sky and down below in the ground.