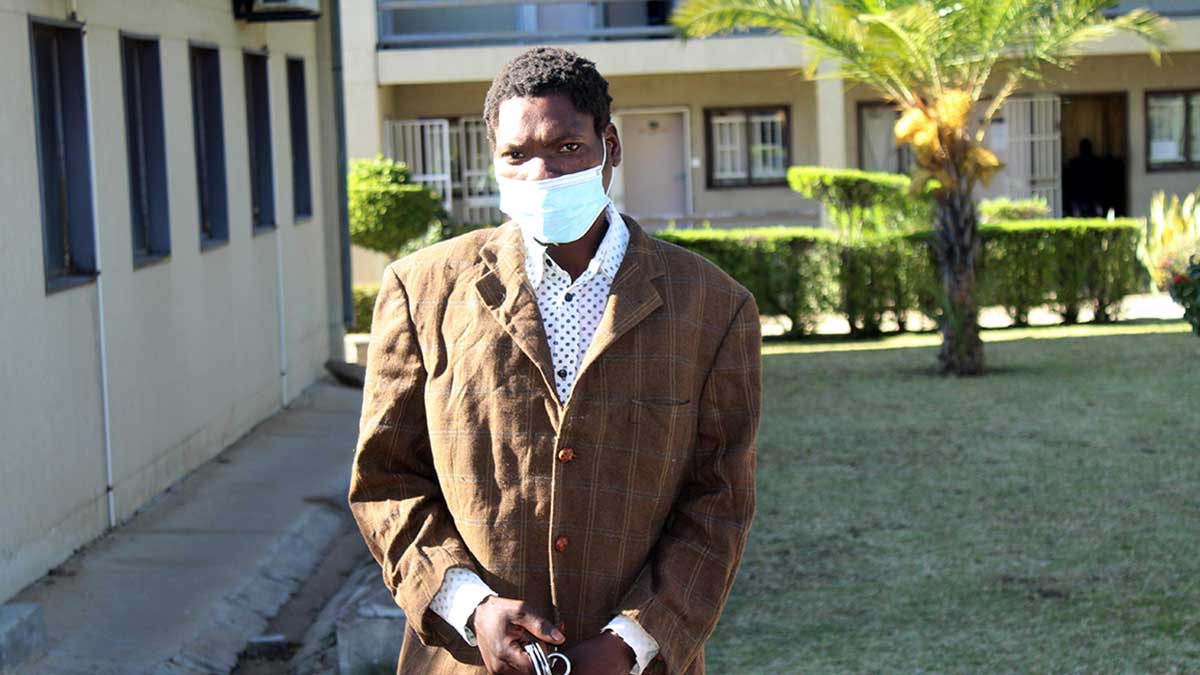 A vicious fallout between two Zimbabwean men at Kolobetshaa cattlepost on the outskirts of Mosetse ended with an axe in the head for one and a murder charge for the other.

35-year-old Oran Moyo is said to have chopped down his homeboy, Collen Sibanda, in a brutal axe attack last Tuesday.

The dead man’s corpse was found later that same night, lying motionless in the dense bush, a deep, terrible cut stretching the length of his forehead.

Acting on a tip-off, the cops apprehended Moyo the next day, with the Zimbo allegedly spilling his guts and admitting he was involved in an altercation with Sibanda.

Arraigned before Masunga Magistrates’ Court on Friday, dressed in an oversized, wrinkled brown coat, his shirt torn and his hair disheveled, Moyo listened attentively as the charges were read to him in his mother language, Ndebele.

Pleading with court to keep the suspected killer locked up, the Investigating Officer, Tshepiso Ofithile, pointed out Moyo was an illegal immigrant and thus likely to flee if granted bail.

“He has no place of stay in Botswana as we have charged the person who had hired him at the cattlepost without a worker’s permit. Lastly, we are still to collect the statements from the possible witnesses,” disclosed the Detective Constable.

Given the chance to speak, talking in soft but clear tones, Moyo asked where he would be staying while awaiting his case.

When told he would be housed in prison, in his thick Zim accent, the accused murderer confidently replied he had no problem with that.

He was duly remanded in custody until 22nd July for status hearing.