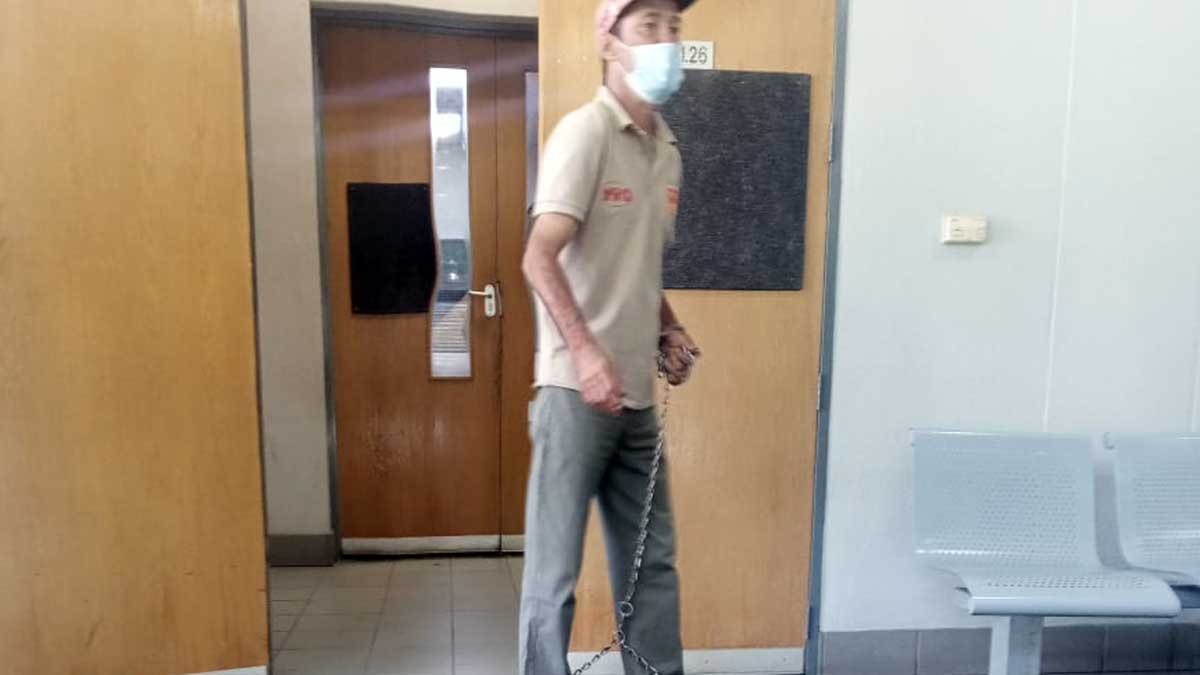 Rubezic Darko of BM Garments, located along the A1 Road in Tonota, appeared before Francistown Magistrates’ Court charged with threatening to kill his tenant’s mother.

The 51-year-old Technical Maintenance Manager allegedly threatened the 80-year-old Kebihetse Fani by uttering the words, “Ke tla go bolaya, you bloody bobbejaan!” – loosely translated to (I will kill you, you bloody baboon). Bobbejaan is a baboon in Afrikaans.

The incident happened last week Wednesday at Borotsi ward in Tonota and was reported the same day.

It is alleged that Darko had a misunderstanding with his employer, BM Garmets, which ended up in a heated argument and he stormed out of the office.

The accused was then later followed to his rented house, which is paid for by BM Garments.

Upon arrival, Darko’s employers approached him, together with the landlord’s Mother, Fani, who was the house caretaker but Darko insulted and threatened to kill the old granny.

In court, the Investigating Officer, Detective Sergeant Philisani Gunda, mentioned that the victim had nothing to do with the accused person and his employer’s misunderstanding and he was therefore yet to establish why the victim was included in the quarrel in the first place and threatened.

“If given bail, Darko will have no place to stay, as Fani – the caretaker – has ordered him to vacate the house with immediate effect, and the accused first said he was from Gaborone but later changed, saying he was from Maun, therefore I pray that he be remanded in custody as he has no permanent place to stay,” said the Investigating Officer.

“I also fear that if the accused is given bail, he might be a threat to the complainant and fulfil his intentions to kill her,” said Gunda.

When given the chance to respond to what the IO said pertaining to his bail application, Darko mentioned it was not true that if evicted he would’ve no place to stay, as he had a house at Manyanda and Dukwi settlements.

Begging for one last chance, the accused maintained that he was not a flight risk nor a threat to the old granny, or anyone, as Gunda had alleged.

Darko further mentioned that he had a family to take care of and that he needed to meet his lawyer to discuss a way forward for this case, which will be hard to do while in prison.

Darko’s plea emerged fruitful as the IO’s words did not convince the Magistrate to remand him in custody.

He was therefore granted a conditional bail, that he paid the sum of P2 000 and brought two sureties to pay the same amount.

He will be back in court on the 24th of this month.

Advertisement. Scroll to continue reading.
In this article:Bm garments manager in court for threat to kill, Court Stories, Ghetto Diaries