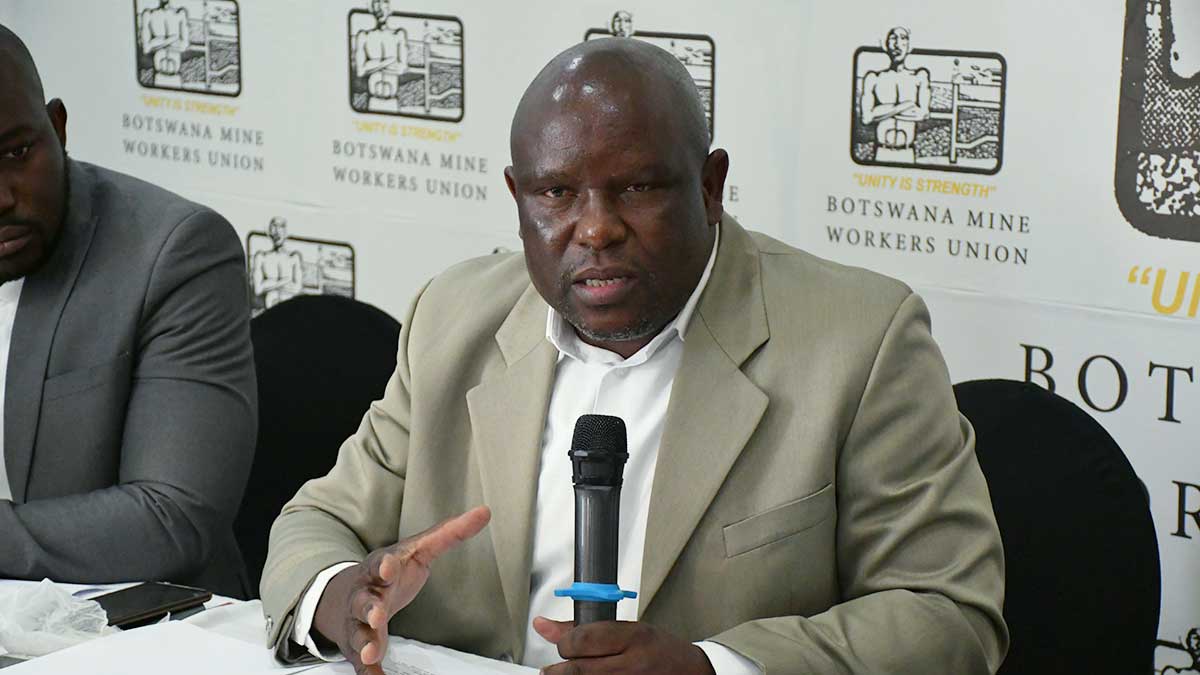 When firing warning shots at a press conference this week, Tsimako accused the former BCL manager, who has emerged at the helm of PNRB, the company that took over the Selibe Phikwe Mine, of arrogance.

Tsimako said that in a few meetings they have had with PNRB so far, they have agreed in principle to give former BCL employees a priority when hiring.

“Our priority is that former BCL employees be considered first and those who are not acquainted with technology be trained and skilled to fit in. We know that some had skills before but those skills are not necessary now and some are not trainable, but we have agreed in principle,” said Tsimako, further highlighting that, however, nothing was written as all the agreements were verbal and in principle.

The Union boss said that although as unions they had encountered a lot of problems, some of which had ended up in court between them and Mphathi, their hope is that he is now a changed man for the better.

“There are no permanent enemies and we hope he has reformed. We know all his tricks and how to deal with him. If he brings an arrogant approach to the scenario like he used to be, then we will deal with him,” Tsimako warned before adding that another opportunity that they want the new company to avail to workers would be to facilitate acquisition of shares in the mine.

Although the parent company, Premium Nickel Resources is listed under the Canadian Stock Exchange, Tsimako said that their hope is to see local miners aquiring shares.

Mphathi was the BCL General Manager until it got liquidated in 2016.