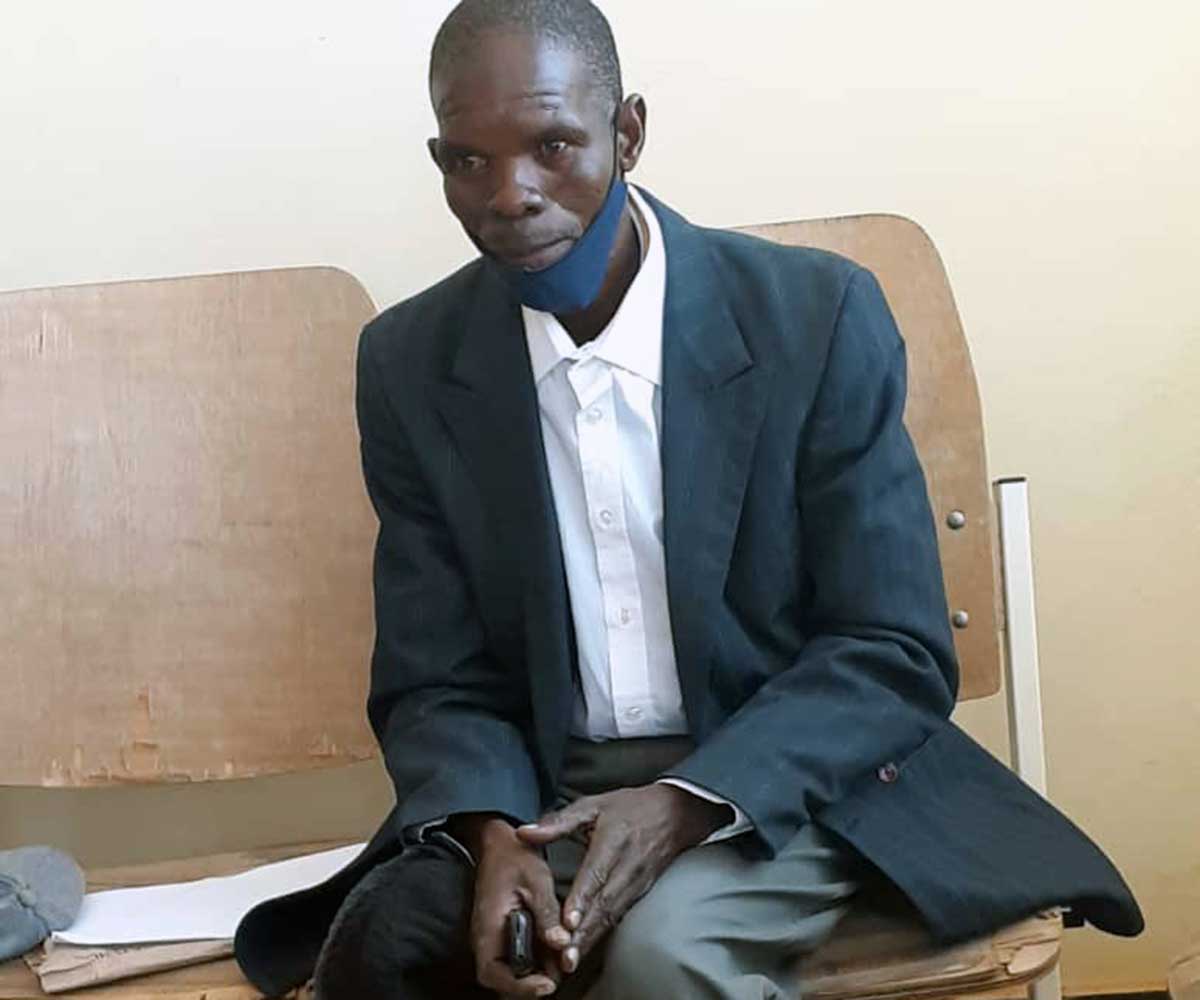 BUMMED OUT: Rabuti is accused of murder

A cheeky fondle of his neighbour’s girlfriend’s buttocks has landed a 43-year-old man in court facing a murder charge.

The suspected killer, Rabuti Rabuti, is said to have clobbered Morobaphuti Thobanyane, 52, over the head with a log on the night of 4 January, 2019 after the other man took offence to Rabuti touching his woman’s bum.

Sources have told The Voice the trouble started when Thobanyane and his girlfriend, Dimpho Tuebasarwa, were out drinking traditional beer – khadi – at a yard in Xhakhu cattlepost in Kweneng West.

Rabuti arrived to join the fun but disrupted the peace after his wayward fingers allegedly made contact with Tuebasarwa’s backside.

Although bystanders initially managed to stop the two men from coming to blows, it seems the disagreement did not end there.

“Thobanyane and Tuebasarwa then left for their place, where Thobanyane allegedly took a small axe and they returned to the entertainment. Upon their arrival, the two men started fighting and it ended in Rabuti hitting Thobanyane with a log on the head. Thobanyane was later found dangling unconscious on top of the fence as he was trying to escape,” said the source.

The injured man was taken to Scottish Livingstone Hospital where he died five days later.

The case was originally brought before Molepolole Magistrates’ Court back in 2019 but was eventually withdrawn to allow police to complete their investigations.

With the cops now happy to proceed, the matter was duly reinstated.

Granted conditional bail, Rabuti was told he must bind himself to the tune of P2,000 and provide two sureties of the same amount.

His next mention is scheduled for Thursday 18 August when the case will be committed to the High Court.

In this article:Bummer, Court Stories