A giant of the women’s game, Bonang Otlhagile had just turned 21 when she was made captain of the national team.

Incredibly, 14 years later and it is a role the Double Action star continues to excel at in the heart of the Mares’ defence.

Having captained the national team for 14 years, what do you regard as your greatest achievement?

We made history by reaching the finals and that was an achievement.

We played well though we lost 2-1 against South Africa in the final.

How has Covid affected your career?

Some of us are surviving on the little allowance we get for the camp fee.

We are struggling since the outbreak of Covid and the suspension of football for 15 months.

The guidelines for the return of football are very expensive to execute!

What is the most challenging thing about being a female footballer?

There is no money in women’s football.

We do not have sponsors and clubs are struggling even to buy training equipment.

When on national team duty, women earn far less than their male counterparts.

We do not have equal opportunities and still have a long way to go if football leaders will not correct that.

Moving from the football pitch to matters of the heart – you got engaged last year, when’s the big day?

Forgetting you’re engaged for a second, who is your celebrity crush?

Speaking of Amakhosi, last weekend the club reached the CAF Finals for the first time in their 51-year history – as a passionate Chiefs supporter, how do you rate their chances?

People underestimated us when this competition started and we shocked them.

I think they were judging us looking at our performance in the league and position on the log.

Now we are in the final to win it.

That Chiefs t-shirt will look beautiful with a star!

What is the most expensive item of clothing you own?

You have enjoyed an incredible career.

However, age waits for no man – or woman! You turn 35 next month, when do you plan on hanging up your soccer boots?

I had wanted to retire after COSAFA in 2018 but I felt I could still do more. INSPIRATIONAL LEADER: Otlhagile (l) in COSAFA action back in 2017

Now I believe it is the right time to give younger players a chance to prove themselves.

It will be a sad day for women’s football when that moment arrives! What are your plans for after retirement?

I won’t be lost to women’s football because I will be available to assist where they need my help.

I want to be a coach.

I have already done coaching courses from preliminary FIFA grassroots. 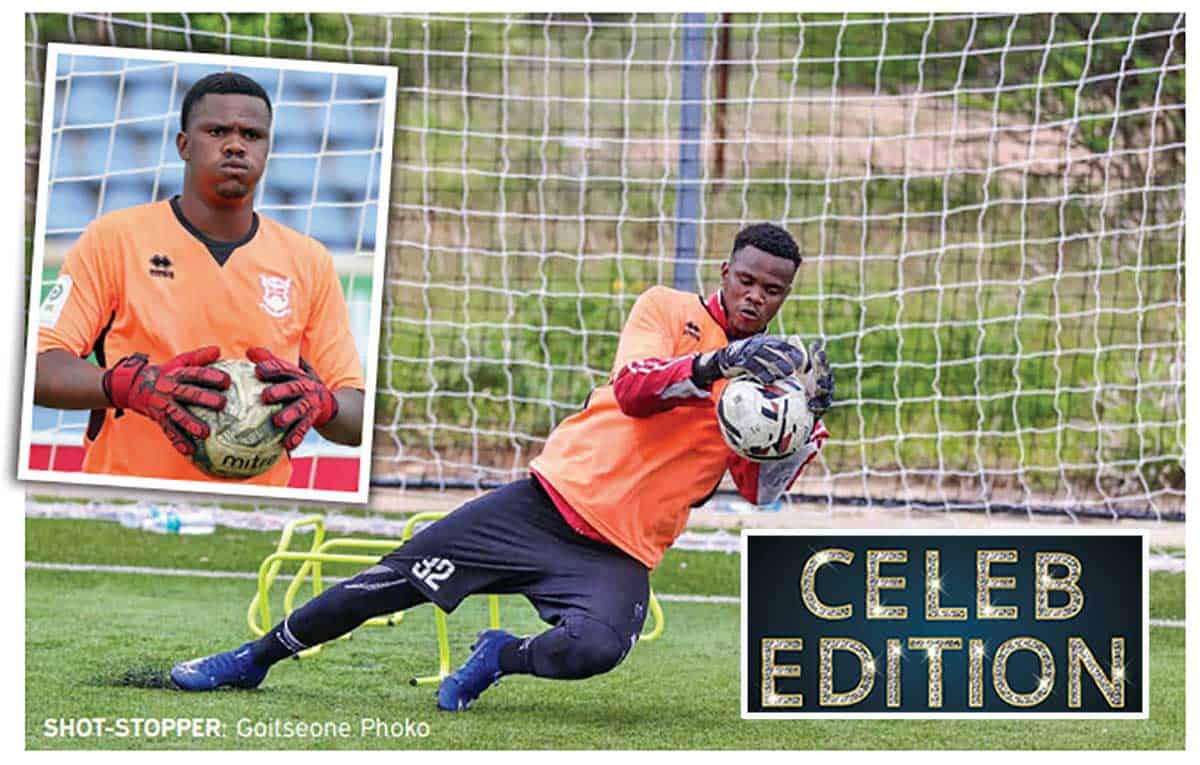 This year, the nation’s number one, Goitseone Phoko celebrates a decade between the posts at Gaborone United (GU). The 27-year-old goalkeeper, known as Chichima...