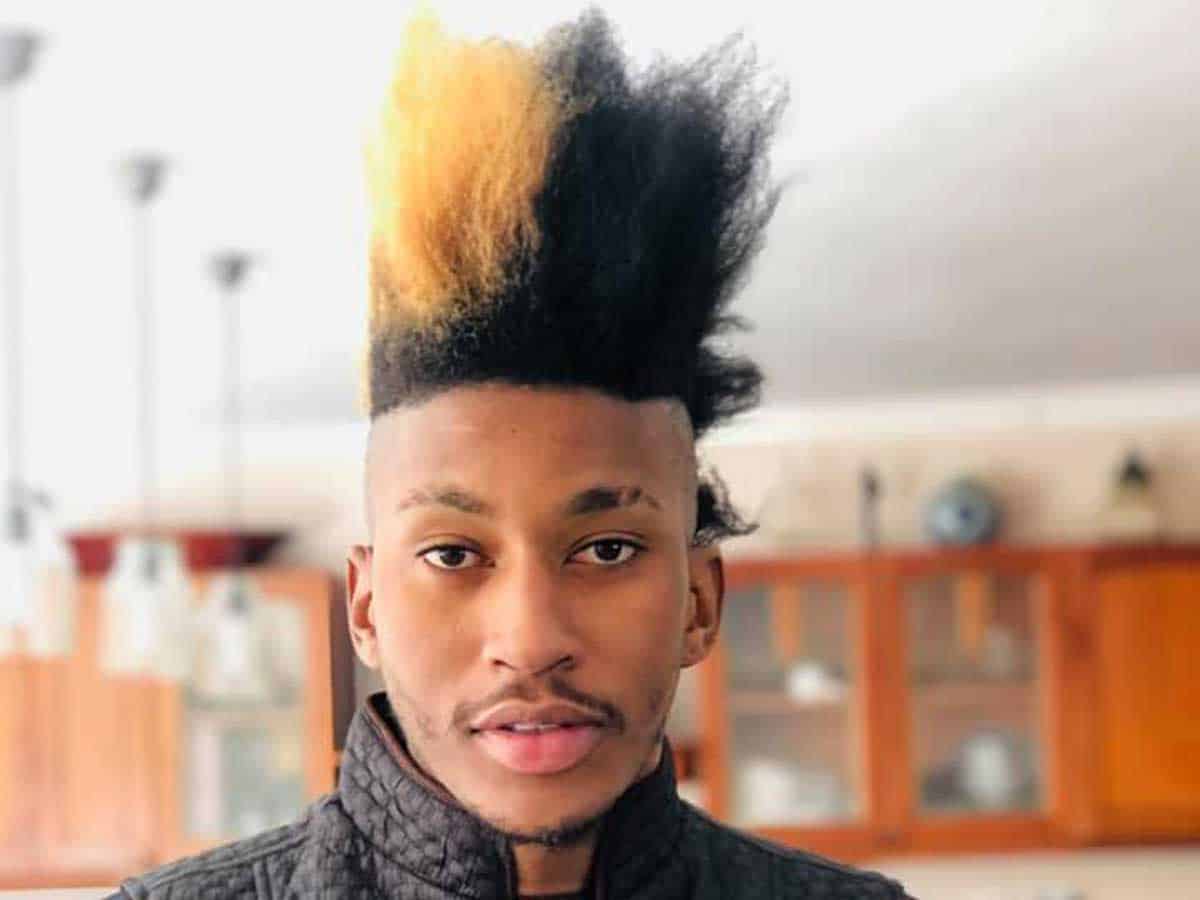 Controversial rapper-cum-fashionista, Leatile Motlhallamme, known to you and me as Latty, is often on the crazy side of the headlines.

The young creative’s idea of content has often landed him in trouble, even earning him a call from 911.

Boasting the most distinctive afro in showbizz, Latty certainly has the hair to match his talent!

How were the recent holidays?

I was shooting a music video in South Africa for an unreleased track that I am working on.

It is an Amapiano joint.

When I came back I went to join my girl and her, or our, children.

You are regularly the subject of controversy and debate – do you consider yourself controversial?

People always decide to judge me and conclude on the type of person I am and I just let them run with whatever they are saying.

I don’t correct them.

I don’t go out of my way to find controversy.

But have you ever fallen foul of the law?

Yes I have, a couple of times even (laughs).

I remember one time I was charged with public nuisance.

We were drinking in public back in varsity and the cops caught us.

I don’t want to talk about the other time because The Voice wrote about it!

Tell us about your ‘smash and pass’ initiative?

It is basically a reality TV series which my team and I believed is something new and trendy.

We felt it could be an exciting initiative for the youth.

It’s just crazy fun shot on TV, I mean we are young!

Have you ever been caught cheating?

Yes I have been caught cheating.

I was in a situation where I was in an abusive relationship.

The girl used to beat me because she was so insecure, I remember she would go to the extent of harassing my female clients because she thought I was cheating on her with them and I wasn’t.

So I decided to just do it because I was being accused of it anyway!

What are you currently working on?

You see, in Botswana people think TV is family shows and the like but that is not the case.

The world is so far ahead and I have just decided to go a different route of the internet because at least there is not much censorship.

We will be creating more shows and hopefully Batswana can be more open-minded.

The first show will be a modelling show, which is coming up, and I believe it will grow the modelling and fashion industry.

Why do you call yourself ‘the most hated’?

Because a lot of people love to hate me.

Every time I drop something people just try to find something they can hate about it.

I am one of the most criticized cats out here, people always find a reason not to give me my flowers.