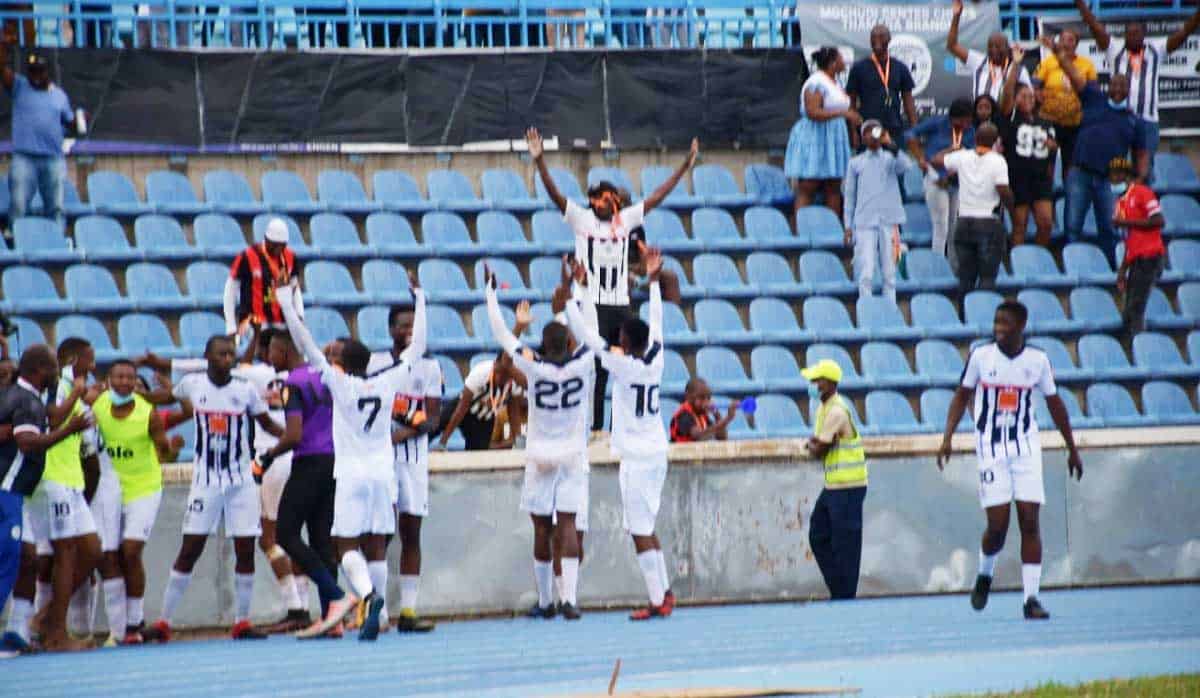 Mochudi Centre Chiefs displayed some amazing attacking ability reminiscent of their premier league glory days when they piped a more fancied Masitaoka 3-1, knocking them out of the Orange FA Cup Round of Last 48 at the National Stadium over the weekend.

Majatlhaga as Masitaoka are popularly known, jangled Magosi’s nerves in the early stages of the match as their forward livewire, Olebogeng Ramotse, pierced through the Chiefs’ defence with a cool curler, netting the opening goal just from the edge of the 18 yards area.

On the eighth minute, Majatlhaga were on the prowl again as their Namibian striker, Ambrosious Amseb, stepped up to a free-kick which greased the right post, going wide but sending a signal strong enough to keep Magosi on their toes.

On the 30 minute mark, Khumoetsile Kufigwa’s brilliant run paid dividends as he put it past the goalkeeper which was then finished off by a Majatlhaga defender who had no chance, 1-1 the score line.

With fans rallying behind them, Magosi gained momentum and pushed for a second goal which came just on the stroke of half-time by Kufigwa who headed home Arnold Mampori’s beautiful free-kick.

After recess, Majatlhaga threw everything they had with Ototeng Dintwa putting in a few fantastic crosses but the Mochudi based side’s defense line was too solid and kept the score line at 2-1.

On the 90th minute, a huge blunder by Masitaoka’s goalkeeper Tumisang Selolwane who parried Mampori’s powerful corner-kick inside the back of his net made it 3-1 in favour of Centre Chiefs at full-time.

On the coach’s verdict, Masitaoka mentor, Omphile Mapeu, said Chiefs took them by surprise as he did not expect the defeat.

“I am very surprised that we lost this game. Taking nothing away from Chiefs, we started really well as we got the first goal of the match, but we became too complacent and allowed our opponents to gain momentum and punished us,” he said.

On the other hand, Mochudi Centre Chiefs mentor Thatayaone Tebele was full of praise for his charges, admitting he was overwhelmed by the victory as he did not expect his boys to put up the scintillating performance.


Advertisement. Scroll to continue reading.
In this article: