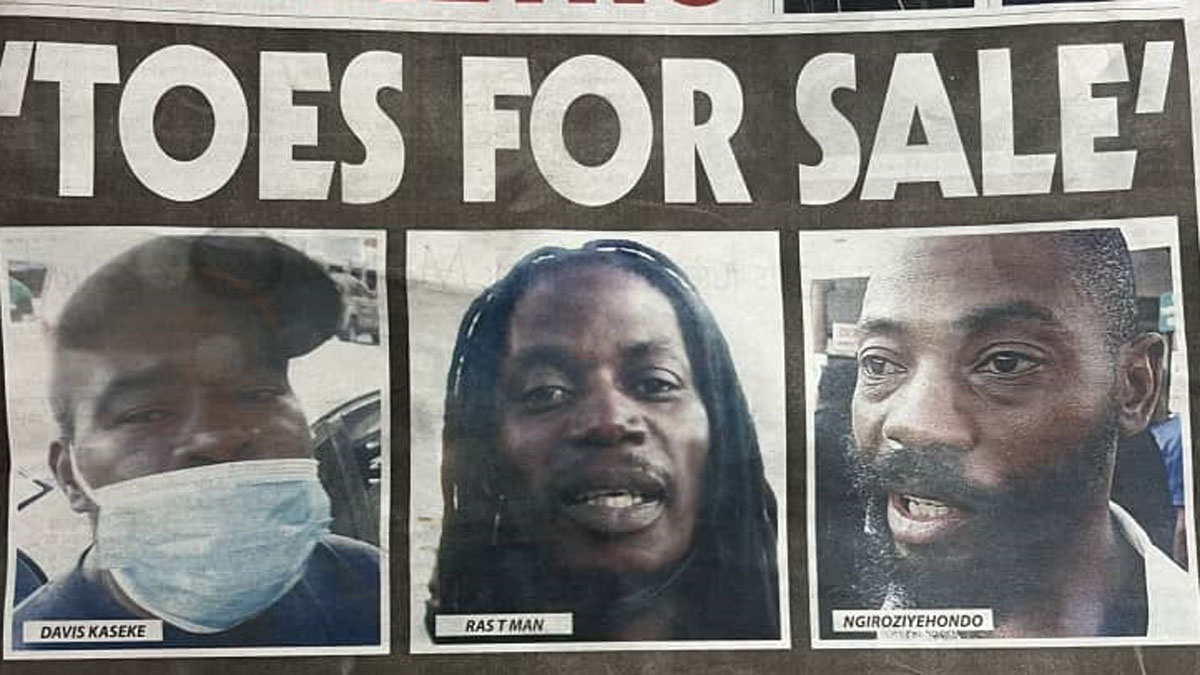 Videos of people showing off their top of the range cars after allegedly selling their toes to some millionaire in Harare have been circulating on social media, drawing hundreds of reactions.

The toes are reportedly fetching at least US$40, 000 (more than half a million Pula) from the said millionaire, while those that are ‘lucky’ are paid with high end vehicles.

And if some of the witty comments were anything to go by, a good number of people in Zimbabwe, Botswana and South Africa would not be having toes in the next couple of weeks having made their way to Harare to trade off that part of their foot.

One Zimbo was clever enough to coin it ‘clip-toe currency’ seeing that people were willing to clip their toes for cash.

Some people were even willing to be totally toe-less as long as that meant soft life in the long run.

Perhaps what is more intriguing about this story is how people seem eager to get rich real fast without looking at the implications in the long run.

Oh and the other question was; what was the toe buyer using them for? Most people felt the answer was obvious, saying it was for ritual purposes to make more money.

And while some may dismiss this story as ‘just one of those’ I believe there is some element of truth in it considering that ritual murders and the use of juju is something not alien to Africans.

In Zimbabwe there is something called kuromba, which is some form of performing ritual murder and using juju to make money, lots of money! So it does not come as a surprise that such stories, whether true or false, can become topical for days.

I was slightly surprised, however, that the story made it to the front page of one of the local tabloids, with government spokespersons, Nick Mangwana commented on it saying, ‘I believe these get rich quick crazes are nothing but scams good people. And some are riding on others’ disposition to superstition’.

But true or not, this story will go down as one of the most talked about of the year not only in Zimbabwe but beyond borders.

And to my colleague, Daniel Chida, who jokingly posted on Facebook that he was looking for a lift to Harare this weekend, I am told the buyer no longer wants toes, he now wants ears instead….ha ha ha ha ha…which by the way is the latest rumour. I guess losing a toe was not such a big deal for some, but an ear, hell no, they won’t hear of it!