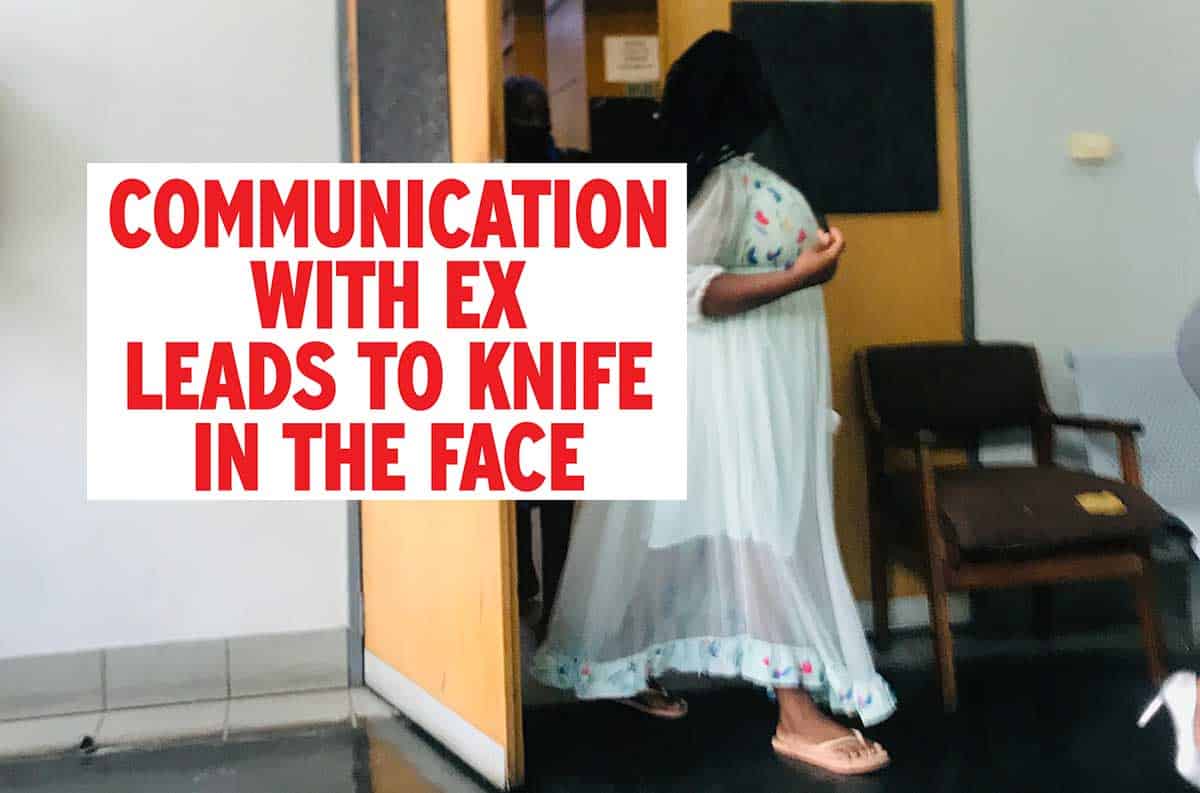 Upset at her boyfriend’s constant communication with his ex, a Francistown woman is said to have stabbed her man in the face with a knife.

Appearing before the Magistrates Court on Tuesday, 32-year-old Neo Maphutha was charged with grievous bodily harm as well as threat-to-kill.

The trouble started on Friday 11 February, when Maphutha and her lover, Othusitse Thomas fell out in spectacular style at their home in Somerset Extension.

It seems the suspect was furious at Thomas’ refusal to cut ties with his former lover.

Seemingly driven crazy with jealousy, Maphutha allegedly warned her boyfriend, “I am going to kill you, I have nothing to lose.”

The red mist supposedly did not end there as she reportedly tried to make good on her threat by slashing Thomas in the face with a knife, causing a cut which runs from his forehead down to his chin. The cops have since seized the blade.

It is said Maphutha then locked her bleeding lover in the house, which she allegedly attempted to set alight using cooking gas.

Securing the accused’s remand, the Investigating Officer, Moses Thesudi stressed police investigations into the matter were just getting started.

“This is an issue of Gender Based Violence Your Honour and I am afraid if the accused is given bail she might be a threat to the victim. Another concerning factor is that the accused has no place to stay as she was currently cohabiting with the victim,” the Constable pointed out.

Given the chance to speak, Maphutha, who wore a flowing white dress befitting a bride, did not dispute anything that was said, nor did she seek bail.

She will remain in a prison cell until 28 February, when she returns to court.