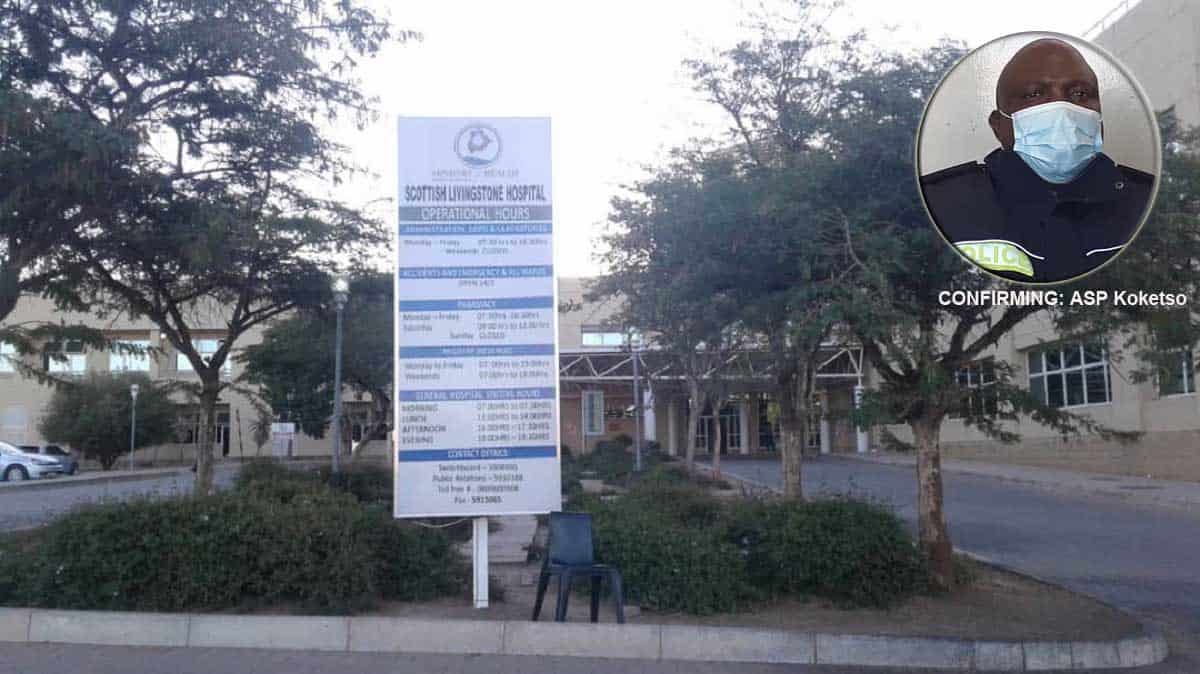 The deceased who allegedly had a throat cancer and also tested positive for Covid-19 was said to have been admitted at the hospital earlier on the day at around 1530 hrs.

According to Assistant Superintendent Uyapo Koketso of Molepolole police, the shocking death incident was reported to their station the following morning.

“It was reported to us that the male patient was on isolation as he had tested positive for Covid-19. He was last checked on Wednesday at around 11pm and the following day when during a routine morning inspection that was when he was found hanging from a drip stand,” explained the police officer.

The deceased is said to have used a key holder lace which was found around his neck.

As for now the lifeless body is still lying at the hospital mortuary awaiting post-mortem.

Baby dies after falling off bed