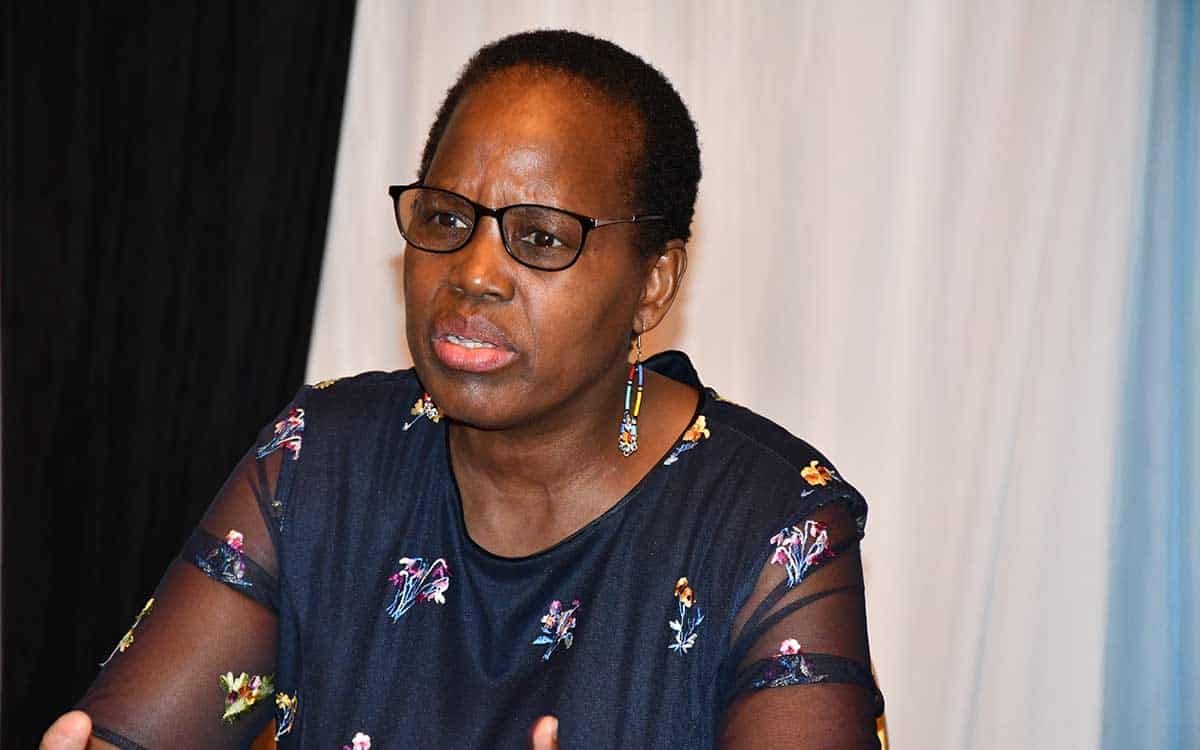 Specially Elected Member of Parliament, Unity Dow is convinced that the person behind the controversial Facebook pseudo account, France Museveni is not a single person but a project managed by a group.

She said that Museveni makes all kinds of allegations against her or attacks that she is part of a scheme to oust ‘Mosau’ (President Mokgweetsi Masisi.’ “I have not seen anything done or said anything suggesting that the office of the President or that of the BDP has distanced themselves from France Museveni’s pro-Mosau posts. There are numerous allegations in which it is stated or insinuated that I have been meeting with opposition politicians and anti-Mosau Botswana Democratic Party members. Blatant lies have been shared and re-shared, all under the stated objective of preventing my success in ousting Mosau,” she said.

Dow explained that the purpose of the press conference was to share with the media and her views one Museveni’s actions.

“With more than 39,000 views, he clearly has an impressive following and since he has made it his mission to keep you reading about me every single day, it is in my interest to offer my side on this unfortunate chapter in our country’s justice system. I am being cyber bullied, harassed, defamed and slandered by a group of people hiding behind a pseudonym.”

She mentioned that Museveni alleges that she is corrupt and a thief and repeatedly threatens to share evidence relating to her corruption and it is very clear that his source is the DIS and that these threats are in support of or are at the direction of the DIS.

“I deny the allegations against me, but even assuming that they could be proved in court, when did Botswana deteriorate to a point where state organs sponsor trials by Facebook? Where is the rule of law? How can it be remotely acceptable for the DIS to avail records of investigations for public consumption by Facebook users?”

She said her efforts to report Museveni to the Vice President, has neither been acknowledged nor responded to. “I have reported to the Minister of Defense Justice and Security, the Commissioner of Police, the Chief of Staff and the PSP and all of them advised that I make a formal complaint to the police. I have taken their advice and done that. I do not wish to say more about this as I have promised the investigating officers not to do or say anything that could possibly hamper their work,” she added.