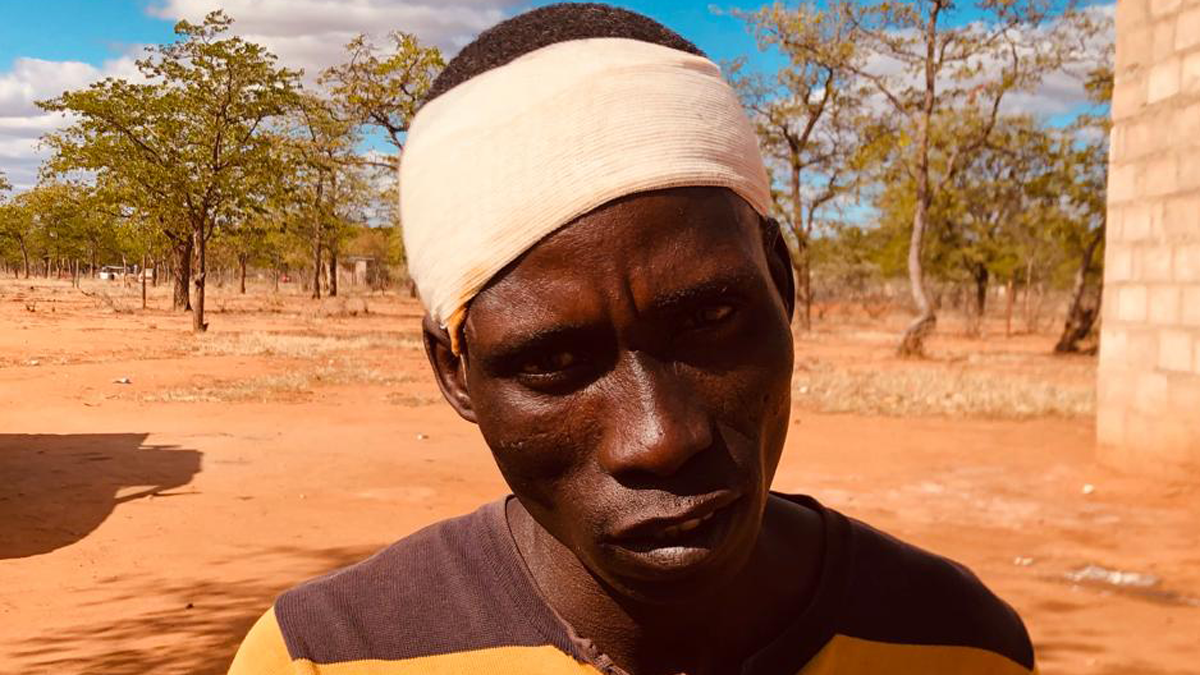 A routine Saturday afternoon checking on the cattle grazing at a nearby water hole disintegrated into a life-and-death fight with an angry leopard for a Matopi man recently.

40-year-old Bashi Kobo was mauled by the savage wild cat, surviving the five-minute ordeal to tell his story.

“I was walking close to a foothill when I heard a growl. It was so intense I fell to the ground in fear,” recalls the bandaged warrior, speaking to The Voice from his yard in Mauteng ward on Friday, six days after his scrap in the wild.

The father-of-two says immediately after he picked himself up, a leopard bolted out of a nearby thicket and charged at him.

“I carried no weapon, not even a stick. All I could do was flail my arms in an effort to scare it away,” explains Bashi, spotting a thick white bandage wrapped tightly around his head, with deep scratches visible on his hands and neck.

Unsurprisingly, the desperate swinging of limbs did little to deter the agile cat.

“It then jumped and it seemed to be going for my throat. Luckily I managed to hold both of its two front legs and for about five minutes we were locked in a face-off as it tried to reach for my neck,” narrates Bashi, speaking with the calm manner of someone discussing the weather and not a do-or-die battle with a dangerous mammal.

With its ‘prey’ tiring, the leopard, whose species average weight is 31kg, with a top speed of 58km/h, managed to wrestle Bashi to the ground.

“I felt a heavy blow on my skull, and immediately felt the warm sensation of blood as it trickled down my face and neck,” he recalls.

Unable to resist anymore, the fight clawed out of him, Bashi says he cowered on the ground, curling into a ball and pulling his coat over his head, remaining as still as possible while the cat hovered above him.

Expecting the worst, moments later the leopard left, disappearing into the bush as quickly as it arrived.

“It probably thought I was dead,” he reflects, silently pondering his ‘good fortune’.

With blood pouring from his gaping injuries, his troubles, however, were far from over.

“There was an open wound on my head, and bursts of blood were shooting off my head and for a moment I was afraid I was going to die due to loss of blood.” 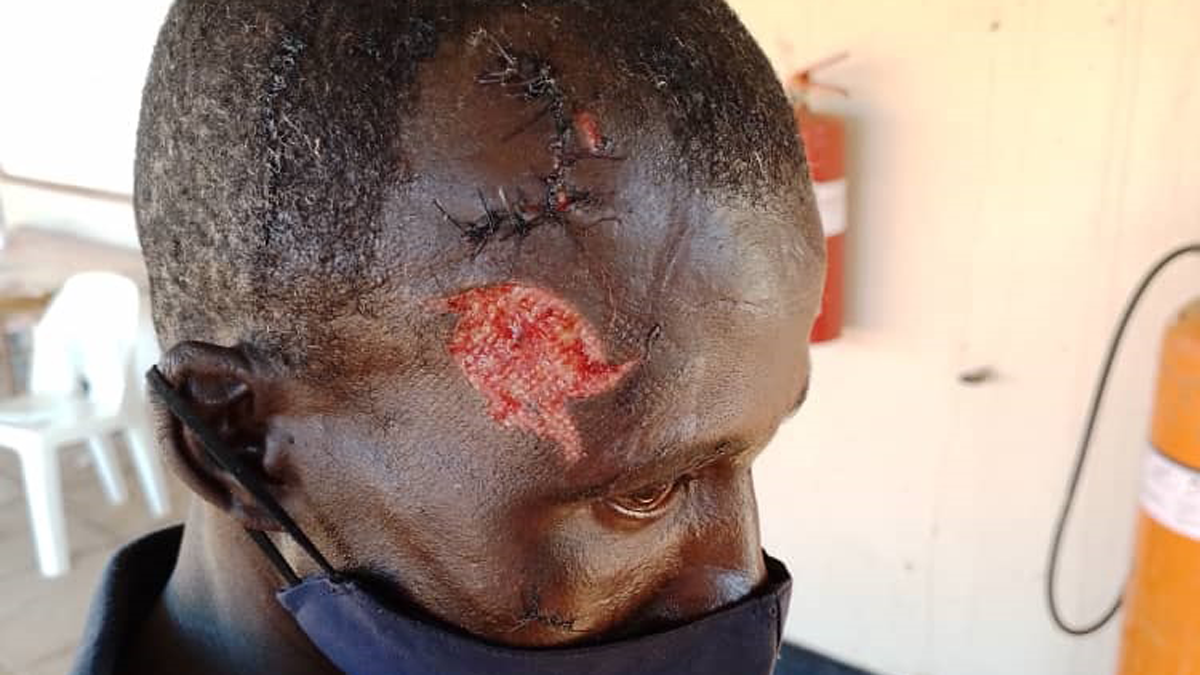 Through the help of a neighbour, who as fortune would have it was also tracking his cattle in the same vicinity, Bashi managed the 10 km walk, dragging his bloodied body to the village clinic.

“I’m really lucky to be alive,” he adds.

The Matopi man’s mood is slightly dampened by the Wildlife Department, who he says have only offered to assist him with daily transportation to the clinic to dress his wounds.

“I thought there was compensation for such things,” he said, in what is more of a statement than a question.

Unfortunately, we have bad news for him, with Regional Wildlife Officer, Phemelo Gadimang confirming there is no monetary reward for battling a wild animal.

“An animal attack survivor is only assisted with medical attention until they have fully recovered,” he told The Voice.

“However, in a case where they die, their family receives P70, 000 known as ex-gratia,” added Gadimang, his words likely to come as little comfort to Bashi.

In this article:Bashi Kobo, Face to face with a leopard, News, Regional Wildlife Officer Phemelo Gadimang