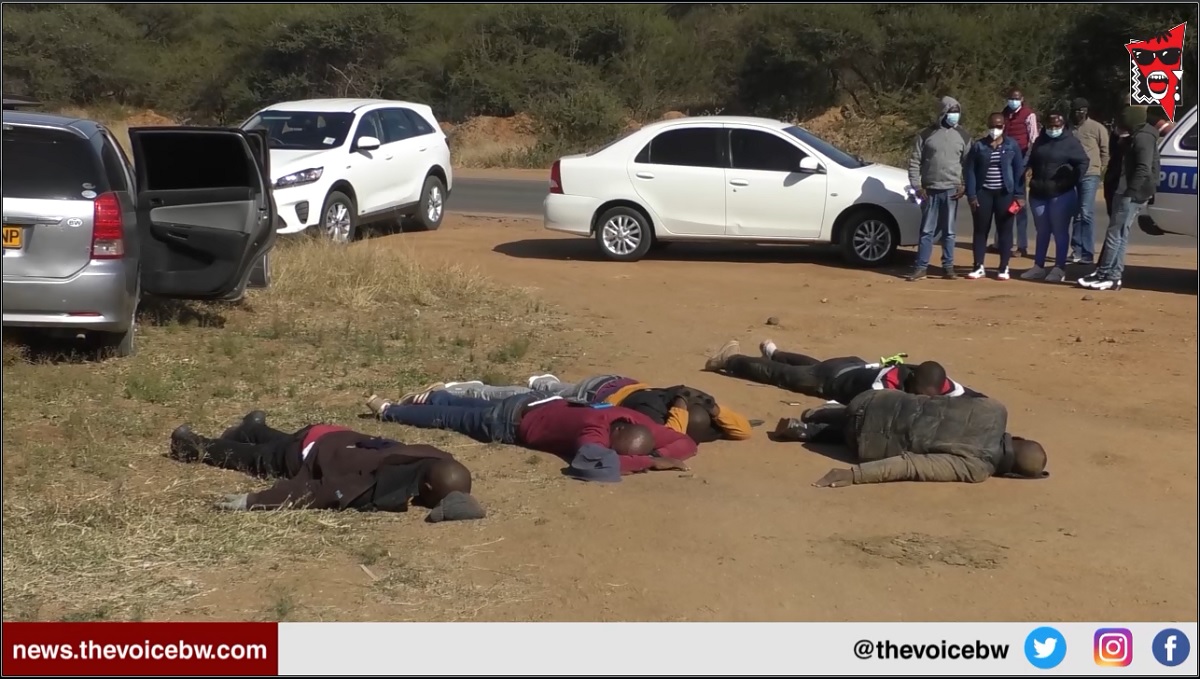 The suspects are two Batswana men aged 39 and 42, three South African male citizens aged between 26 and 34. Upon arrest, an AK-47 rifle and three pistols with live rounds of ammunition, including an electronic communication jammer were found in possession of the suspects. A motor vehicle with false registration numbers suspected to have been used in the attempted commission of the crime has since been impounded. The vehicle is suspected to have been stolen.

Some fire arms are suspected to be part of the police weapons that were stolen during a robbery that occurred at Goodhope Police Station on June 28th, 2022. The suspects are linked to other robbery cases pending before courts and some under investigation.