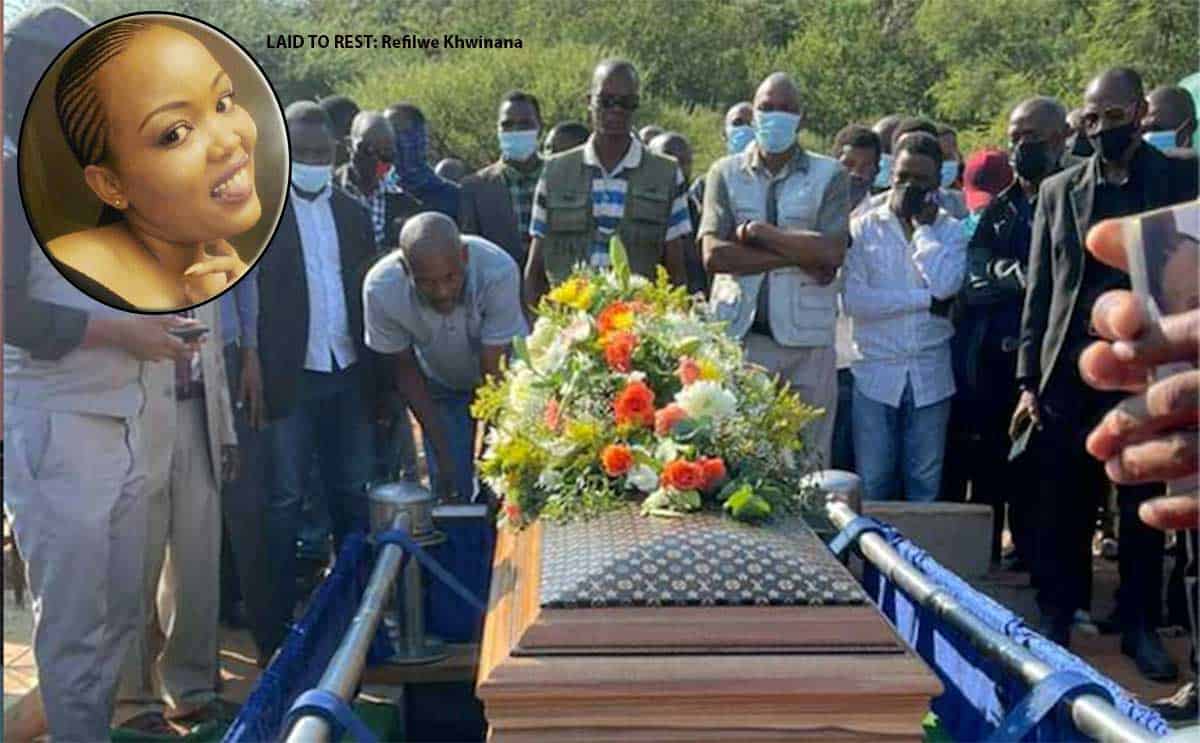 INSET: Refilwe Khwinana was laid to rest in Ntlhantlhe village

A Motswana woman who died in a flooded river in South Africa was laid to rest in Ntlhantlhe village this morning (Thursday) amid emotional scenes as harrowing details of the tragic incident were revealed.

Refilwe Khwinana's badly decomposed body was retrieved and airlifted by a police helicopter from a riverine debris almost a week after she was swept away in a raging storm.

The 29-year-old woman was among the three flood victims who were reported missing last week after an Uber sedan they were traveling in was swept away by floods in South Africa's Ekurhuleni.

The other occupants, th...