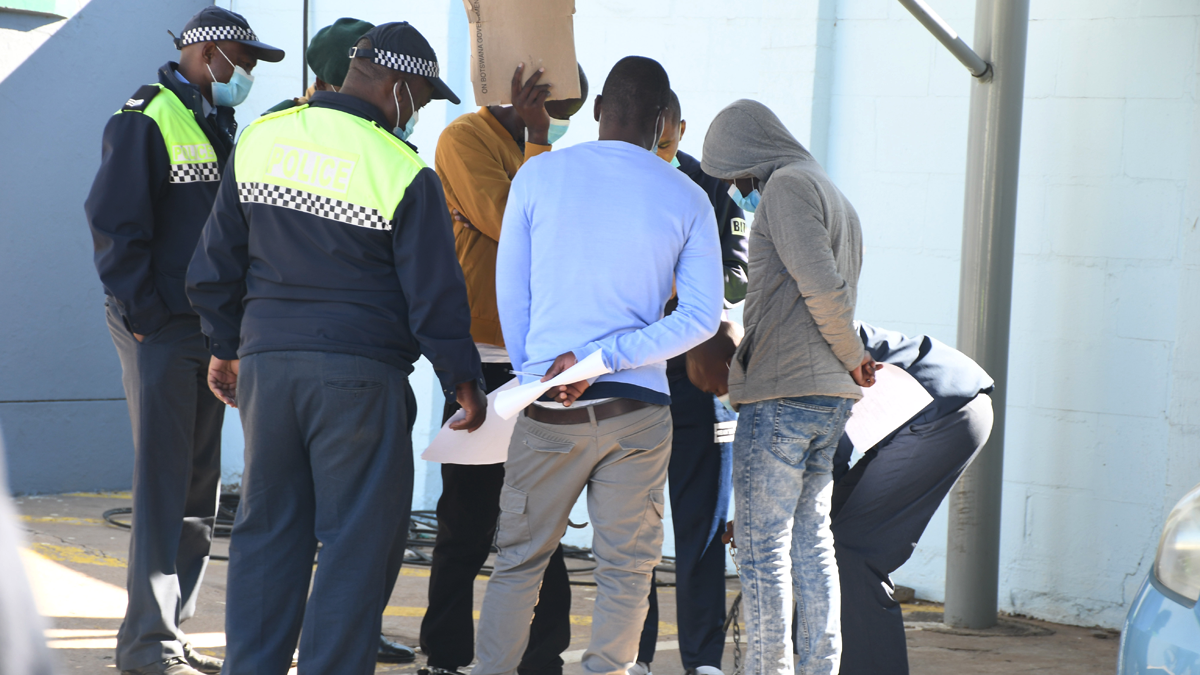 The quartet of Ephafellon Tanda aged 45 of Tsolamosese, Alfred Morris Moyo, 35, also of Tsolamosese, Lebogang Bose aged 33 from Extension 14 Gaborone and Ofentse Kerebotswe aged 31 from Lentsweletau were arraigned on Tuesday facing one count of armed robbery.

The Court heard that on or about the 6th of June at Extension 10, Gaborone acting together with common purpose and in concert, armed with three pellet guns robbed Shabab Shaakat.

The four men allegedly robbed the victim of his Black MI cellphone worth P2000 and Real Me cellphone valued at P3 000.

At the time of the robbery, the accused persons used actual violence to obtain the said property.

The first accused Tanda, was allegedly out on bail facing another armed robbery, which is before Village Magistrate Court while the second accused Moyo is allegedly an illegal immigrant who has been declared PI three times.

State Prosecutor, Sub Inspector Modisaotsile Seratswe told the court that this is a fresh matter and that investigations were still at an infancy stage.

He said the Investigating Officer has not completed registering statements from witnesses and therefore needed more time.

Seratswe pleaded with court not to grant the accused persons bail as they might interfere with investigations.

Magistrate Atamelang said this is a serious offence that was committed by a gang of armed men with dangerous weapons and it attracts a minimum sentence of 10 years in prison.

He highlighted that there has been a series of armed robbery in town, which makes the society to live in fear.

The Magistrate said in a few cases that the the police are able to get leads to arrest suspects, it is the court’s duty to be supportive and punish the accused persons appropriately.

He therefore denied the four suspects bail to allow the police to complete their investigations.

They will be back in court on the 14th of July for mention.