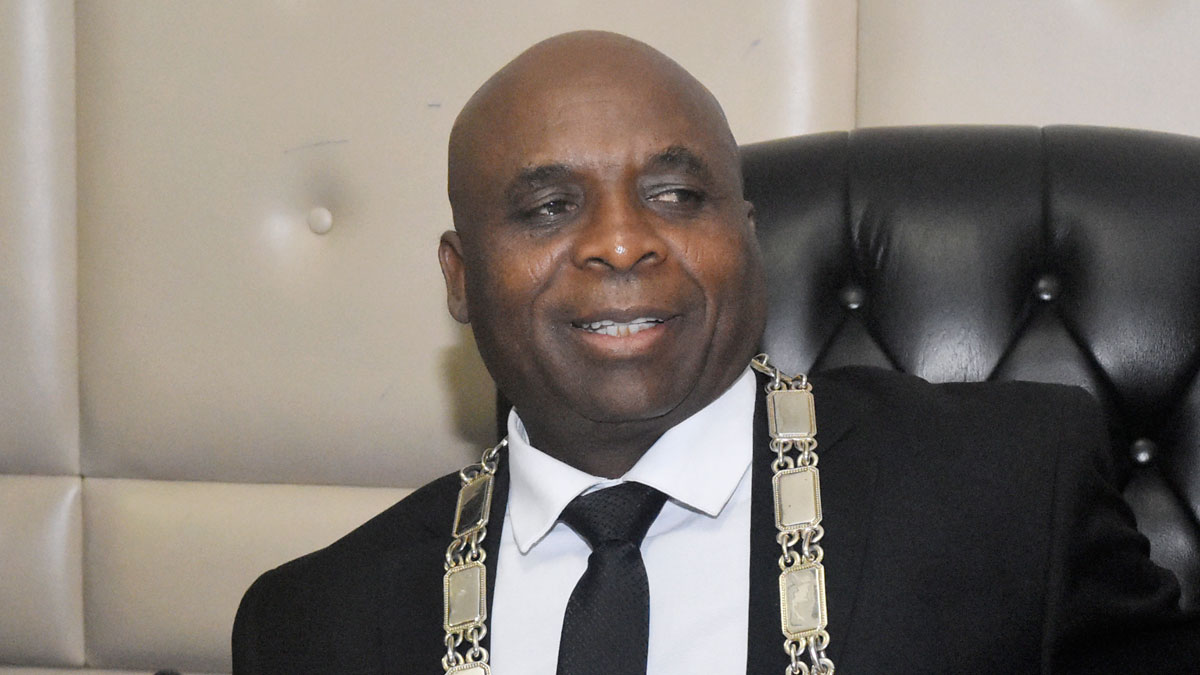 Gaborone City Council (GCC) Mayor, Father Maphongo is not bothered by the ongoing jostling for the mayor position by some of councilors who want to topple him.

Speaking in an interview with this publication ahead of the GCC Mayor and Deputy mayor elections next week Monday, Maphongo emphasized that although his mission was to finish his five-year term, he would be ready to handover the chain if he got defeated in the elections.

“I’m not desperate for the Mayor position, my assignment is to serve the people and not necessarily to be seen to be wielding some kind of power,” Maphongo said.

A number of names among them Austin Abraham, a councillor for Sebele ward and Motamma Sesinyi Horatius of Itumeleng ward have been thrown around as potential opponents Maphongo will face on Monday.

In fact Horatius had confirmed in an interview before that she had ambition for the top seat because, “It was time for a young woman to lead the city council.”

Some of Maphongo’s achievements so far include quick delivery of services, installation of solar lights around the city, developing Segoditshane Park into a tourist attraction and forming partnerships with Foreign Missions.

Meanwhile Deputy Mayor, Lotty Manyapetsa will be up against Oduetse Tautona of Kgale View ward and former Mayor, Veronica Lesole.