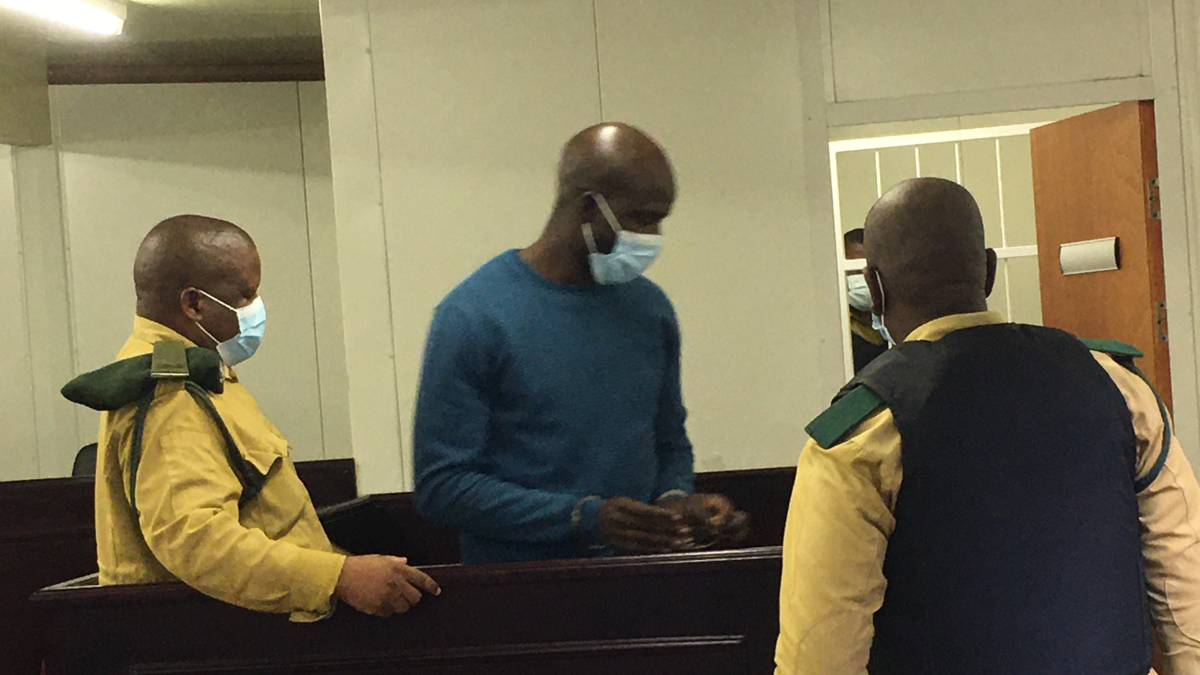 The man convicted of the brutal murder of a German couple he once worked for has been sentenced to death – twice.

When Maun High Court handed down the ultimate punishment to Sam Thindimba, 32, last Wednesday morning, a chill, which had little to do with the cold winter weather, ran through the room.

However, standing under the watchful gaze of prison wardens, with all eyes in the packed courtroom focused firmly on him, Thindimba showed little emotion, remaining motionless as he learnt he will hang by his neck until he stops breathing.

The double killer, who has been locked up since his initial arrest in 2016, was also sentenced to ten years imprisonment for armed robbery; he is unlikely to live long enough to serve the full decade.

In his quest to escape the hangman’s noose, the condemned man admitted to the murders but asked court to consider the fact that he was drunk, very young (26 at the time) and was upset as the couple had not paid him for a previous job he had done.

Unimpressed, court ruled Thindimba knew exactly what he was doing on the night of 11 December 2016, when he broke into Dambo farms (in the Makalamabedi area) and murdered Ulrich and Gisele Heike Oehl, both 52, in their home. He was condemned to die for each murder, receiving two death sentences.

Narrating his gory tale, the convicted killer claimed he had walked a considerable distance to reach the farm. Upon arrival, Thindimba says he helped himself to a tin of canned beef and an assortment of alcoholic drinks from the kitchen, unattached to the main house. He maintains the booze hit him hard, as it was expensive alcohol that he was not used to.

He then went to the storeroom where he retrieved a bush-axe and a slasher, which he intended to use to break into the house with. However, he found the bathroom window open and crawled through.

In his confession, Thindimba said the bedroom door was also open, so he walked through and turned the light on, causing Ulrich to wake up. The murderer reacted by striking him over the head with an axe. He dished out the same treatment to Gisele, later slitting her throat to make sure she was dead.

He then loaded up the couple’s landcruiser with two rifles, laptop, tablets cellphones, cash, and various farm equipment, including water tanks. Speeding away from the crime scene, he abandoned the vehicle in the bush near Makalamabedi veterinary checkpoint.

Proceeding to Maun, Thindimba used one of the stolen phones to call his ex-girlfriend’s sister – a mistake which later helped the police track him down a week later.

Loaded with cash, including foreign currency from the loot, he is said to have partied with friends, later retrieving a rifle to threaten a friend during a fight over a woman at a local drinking place.

Another friend is said to have stolen money from him, exchanging it at a local bureau de change – this too, led to Thindimba’s downfall.

Dismissing the killer’s defence that his actions were influenced by alcohol, Justice Godfrey Nthomiwa ruled it was clear he had murder on his mind.

Describing the attack as calculated and planned, the Judge reasoned, “You said they consistently failed to pay you and you went there to pay yourself; if it was the case, then it went terribly wrong.”

He further noted that just because the tire tracks leading away from the house showed the landcruiser had moved in an unstable manner did not necessarily prove Thindimba was drunk.

“That could have been caused by the fact that it had rained that night and the road was slippery or because he was not accustomed to driving,” ruled Nthomiwa.

Although the Judge admitted Thindimba’s explanation could be considered as extenuating circumstances in some cases, because of the grisly way he executed the killings, in this case they cannot; now, he faces an execution of his own!