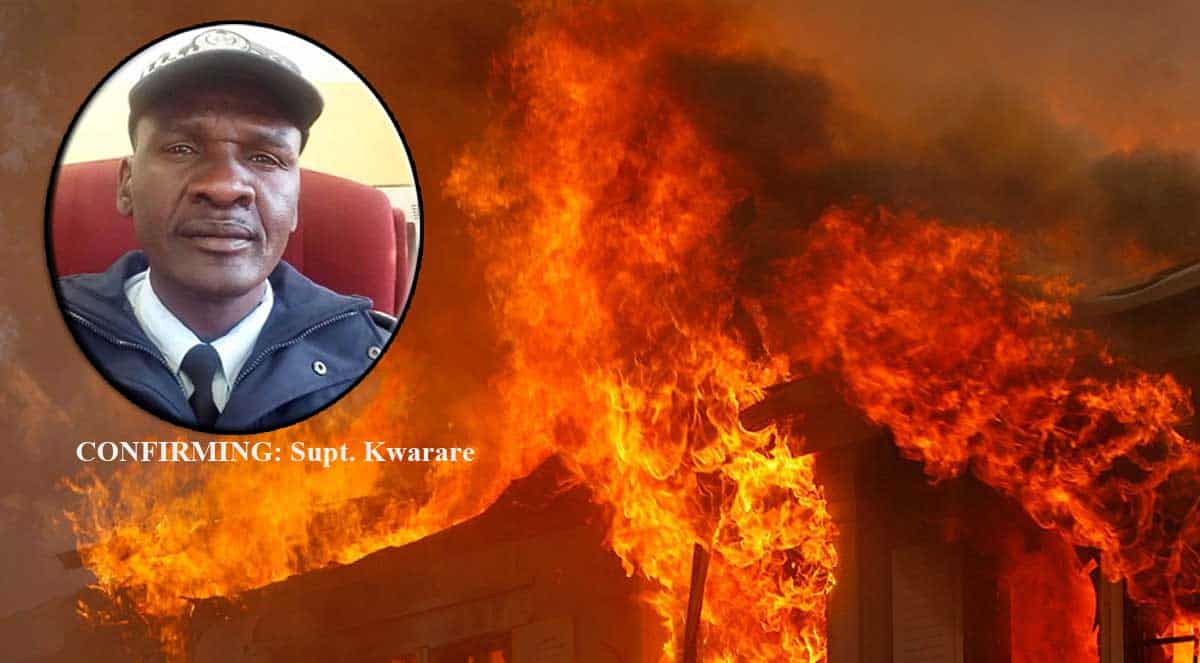 A 73-year-old elderly woman in Kgosing ward, Thamaga, reportedly died in an inferno inside her bedroom while sleeping alone on Monday night.

Thamaga police Station Commander, Superintendent Moses Kwarare, said the fire incident was reported to them at around 11pm and that the police immediately rushed to the scene.

“It was a two-and-a- half house, other family members are said to have been sleeping in another room. The neighbours said they just saw the smoke and assisted to extinguish the fire,” explained Superintendent Kwarare who said the police hurried the elderly woman to the hospital where she was certified died by the medical doctor upon arrival.

The deceased who was disabled and partially blind was reportedly found lying motionless on top of a mattress inside the bedroom with burn wounds all over her body.

It is suspected that the fire was caused by a paraffin lamp that was used as a source of light at the old woman’s room as the fire allegedly started where the lamp was kept.

The police officer however, advised the public to always keep paraffin lamps and candles at a distance, away from things that can catch fire and urged them to put the flames off when sleeping.

He further urged the public to care for elderly people and assure that they are always protected.