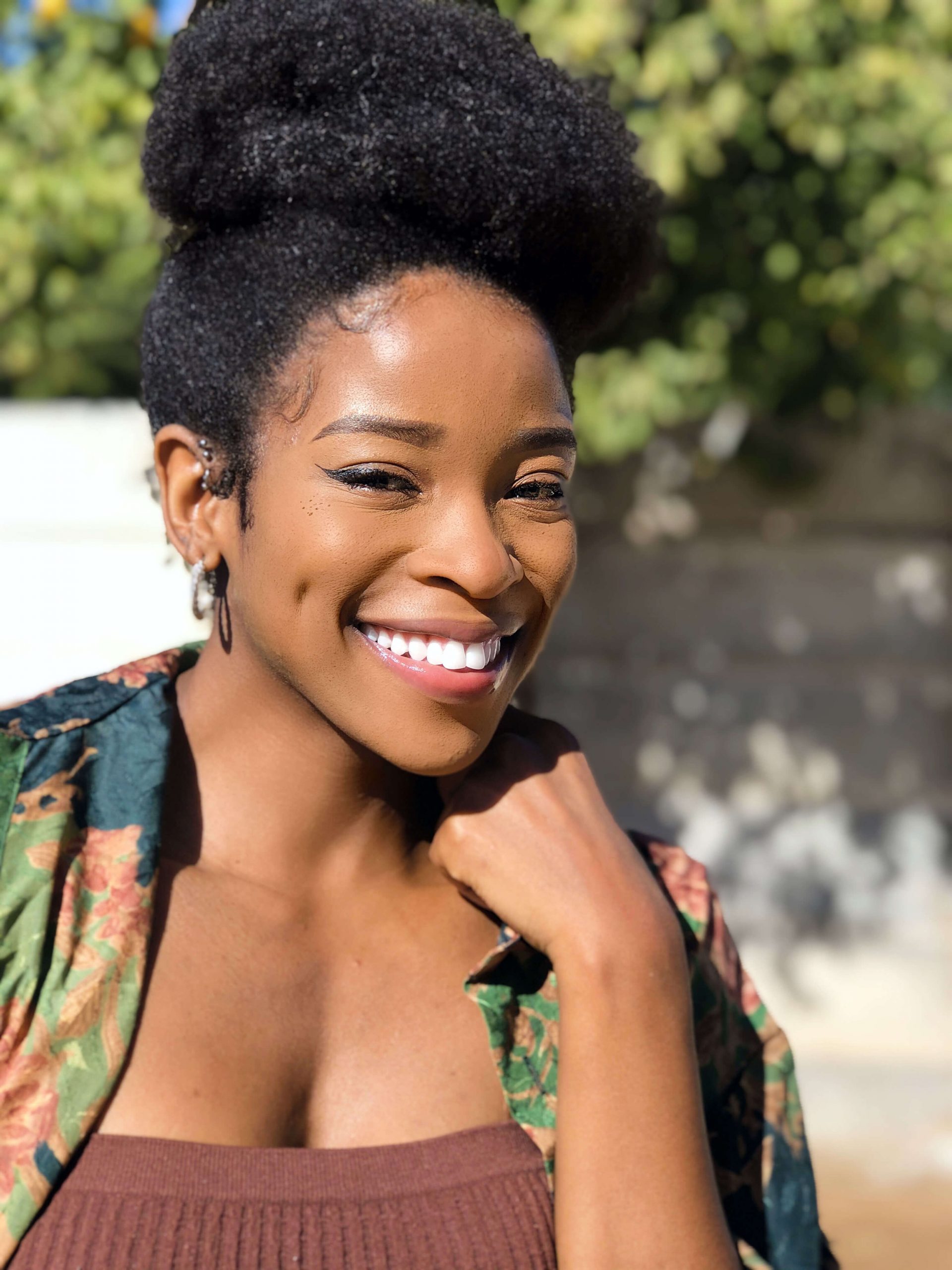 The movie, set is to be released on the 16th of September, 2022, features Motsumi appearing alongside renowned actresses such Viola Davis and Thuso Mbedu.

As an accomplished and ambitious dancer, choreographer and stage actor, Motsumi’s experience in the industry spans over 11 years.

The Bokaa native now does dancing and stunt performances since he has training in movie stunts and mixed martial arts as well.

Despite this being regarded as her major breakthrough in the film industry, Motsumi said much bigger things are coming with regard to her career in film and acting.

I am a 28-year old young creative from Bokaa, born and raised in Gaborone Botswana.

Congratulations on your appearance on The Woman King movie, how does that make you feel?

Thank you so much.

Being in The Woman King movie feels incredible on its own but actually making and re-writing history in the most powerful and in a impactful way is mind blowing.

Not forgetting being it my first Hollywood production feature as a stunt woman and actress.

Part telling our African ancestral story and appearing alongside Hollywood giants such as Viola Davis and Thuso Mbedu is massive.

I still get chills to this day.

How come you managed to get this acting gig?

I got the role through auditions; they wanted someone with basic martial arts skills, physically strong and agile.

I went for training a month before sending my portfolio and video which they liked and I advanced to being shortlisted and I got the role as an Agoji Warrior.

Is this the first major production you have taken part in?

Highlighting my whole career I would say this is my second major production, the first one was being on Broadway as a lead character (dancing & acting).

As a stunt woman/actor it is my first major production.

Kindly take us through you’re acting career or career in theatre, where did it all start?

I started dancing at a very young age.

I was inspired by the hip-hop and Kwaito culture and joined Mophato Dance Theatre in 2013 to be more versatile and adaptive as a performer.

I performed in South Africa (SA) and I have frequently been selected to perform at national and international level working with the likes of Freshly Grounds and Somizi Mhlongo.

I have performed with Mophato Dance Theatre in different festivals around the world including the Battery Dance festival in New York.

In 2017, I went to SA for school to get certified in Performing Arts at Moving Into Dance Academy.

I had an opportunity to perform on Broadway with the Pula Ensemble in 2018 as the lead dancer.

As I ventured into television, stunts were my main interest, which attracted me to the acting world and film.

You are also part of Mophato Dance Theatre group,how do you manage to multitask between Choreography and acting?

I am with Mophato Dance Theatre by heart, though I have left the country and no longer working with them.

I am now with an American dance company and I do stunt short courses.

My training is mentored by a stunt performer here (US).

At the moment it’s still manageable to juggle both careers.

What role do you play in this movie The Woman King and what does it entail?

I am part of the main eight Agoji Warriors.

These eight were specifically chosen because we had gone through proper stunt training.

They are an army of women that fought for their kingdom-Dahomey, led by a strong General being Nanisca ( Viola Davis) These female warriors are seen at the beginning of the movie and throughout as they do all the fighting scenes.

You are working with Viola Davis, what can you say about that?

It’s such an honour honestly.

Growing up and seeing her as this giant in the film industry I would have never thought in my wildest dreams that I would see myself one day with her, literally sharing a joke and laughter on set.

She is such an incredible woman; she makes it so easy to be around her.

It was mind blowing to see her transform from being herself to the character she portrays; I really had fun working with her.

Now that you have secured a role on The Woman King, what are your hopes regarding your acting career?

It’s only the beginning, its like getting an acceptance letter into a school especially kindergarten because the film industry is so big and takes a lot of hard work.

My hope is to grow and cultivate the acting performer in me. There is so much to learn, do, and I am ready.

What other projects are you working on which your followers could look out for?

I can’t reveal anything yet (winks).

What doors did being part of Mophato Dance crew open for you?

The world of entertainment, performing and the entire world, which seemed too far to reach when growing up because of some circumstances.

I have always wanted to be a performer but I had no clue how I was going to do that.

When I joined Mophato Dance Theatre my big world of dreams was filled with colour and a door of possibilities was opened, I went in there and never looked back and all my dreams have been coming true one by one.

I am beyond grateful for that.

Was the role you play in The Woman King complex or easy for you?

I didn’t have to struggle a lot with regards to the transition from being a dancer to acting.

In a sense, one can say that I was still doing almost the same thing that I have been doing before the film.

I like to believe I am physically strong and a fast learner, so executing moves and doing fight scenes was effortless.

The challenging part was understanding how film works and adjusting to long working hours, which was intense.

Did you believe that at some point in your life you would reach this level in your career?

Oh yes most definitely, and I still believe there is more. I have worked so hard to meet such opportunities.

I might have not known how and when but I knew from my gut I will get here. 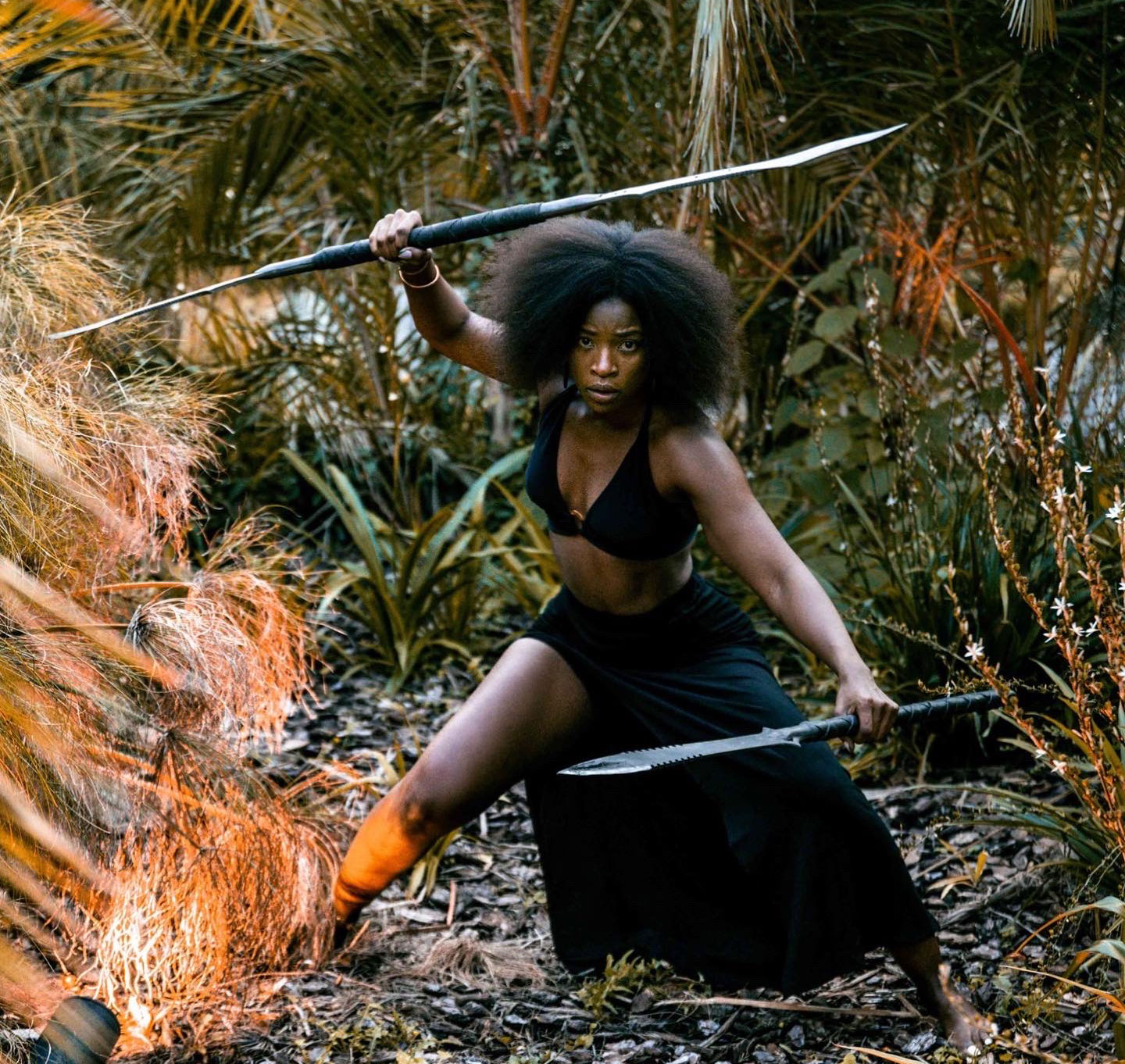 The movie The Woman king is largely about female dominance and power, how would you say the message behind the movie resonates with you personally?

I got to a point during the shooting where I lived my character.

Every day when I returned home after work I still carried that character.

It made me powerful so it didn’t feel like I was working; it was just a spiritual experience for me.

It moved me in so many different ways.

I finally had the courage to say things that I was dealing with personally in my life.

Though the courage and fearlessness was external it manifested in me from the inside.

I had fears of my own that I faced and got through them during the filming period.

Throughout the journey, what challenges did you face which nearly deterred you?

There was nothing that got me to a point where I was discouraged.

It was challenging yes, to film a movie of this magnitude.

I had to adjust to long working hours, long and cold night shoots, the most unbearable scorching sun and windy days.

But everything was worth it.

Apart from taking part in this production, what is the highlight of your career?

I like to believe everything as an artist/performer is a highlight.

Coming from a small country with limited resources in the arts and now being in New York is a milestone.

It shows my highlights are in between rehearsals, training and my next big thing because what all people see is the results without the work put in.

That’s what “highlights” my career.

Are you now based abroad permanently? If yes, would you say being based in Africa in Botswana somehow deters one from making it internationally?

It’s definitely a long term, permanently? I don’t think so.

I don’t think any place in the world deters anyone to go out there; it’s all in the mind.

My country might be slow, but it’s the determination and resilience that counts honestly.

Put yourself out there as much as you can, no one is going to see you in your bedroom.

At local level where do you think we are lacking in the film industry and what should be done to improve?

The ministry of Youth Sports and Culture needs to be rebuilt, we need a new system there.

We are losing a lot of talent because we often feel they are not standing to their mission, if at all, all we do is fund competitions and have some Batswana take dancers to perform and pay them with a plate of food and a T-shirt or “exposure,” we are killing passion each day. Founding is needed for individuals, dance companies, film productions, projects and art works.

Those projects are going to hire more creatives and inspire those coming up and successful projects will reach international markets.

Apart from acting what are your other talents or areas of interest?

I am an Interior Designer; I love home organising, Crafting/DIY Creating, Art, and martial arts.

I am a wellness and mind fanatic .I also do like writing .

Who is your role model?

Oh wow, I can’t pick one because I have a lot of people I look up to and draw inspiration from.

All from different fields and careers.

Is Lone Motsumi in a relationship or taken?

What is your Favourite holiday destination both locally and abroad?

I will say Tuli Block and the Okavango Delta locally.

What do you do during your spare time?

I enjoy reading, going to the gym and having a nice picnic with friends.

If I get a chance i go for a dance class or martial art class.

Thank God it’s Friday, what are your plans for the weekend?

I got Auditions to prepare for and resting.