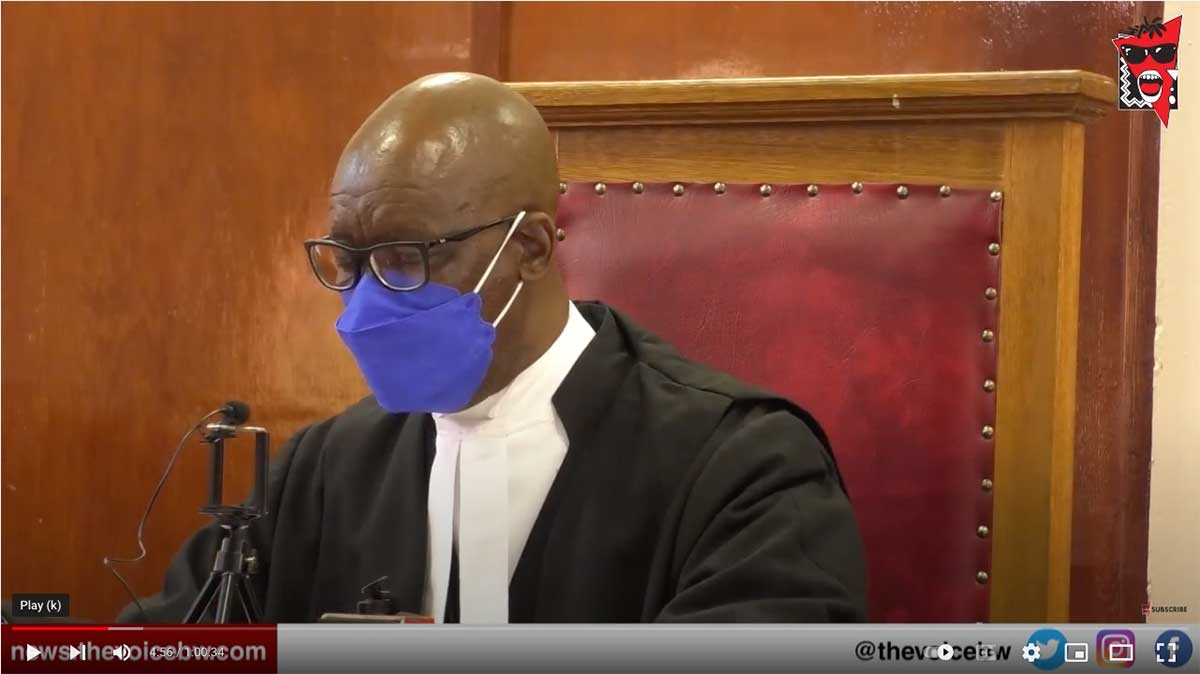 WATCH: In case you missed yesterday’s High Court judgement when Justice Gaolapelwe Ketlogetswe ruled against the detention of Lobatse Member of Parliament (MP) Thapelo Matsheka by the State, we have compiled this video of the court proceedings.

Justice Ketlogetswe of the Lobatse High Court, in his ruling, observed that the Directorate of Intelligence & Security Services (DIS) and Botswana Police Services (BPS) had attempted to unfairly fuel public anger.

“It is also worthy of mention to state that the issue at this is not whether or not Matsheka is rightly or wrongly accused, but rather, whether his detention is lawful. That is, has he been detained following the provisions of the Criminal Procedure and Evidence Act, supra,” he ruled.

While the thrust of the state’s submissions was hinged on the protection of the rights of the deceased child, Tlotso Karema, arguing that his right to life outweighed Matsheka’s right to liberty, Justice Ketlogetswe disagreed noting that this was a wrong way of looking at the contesting rights.

The Judge noted that in his view the state was mistaken as the case was not about whether Tlotso’s right to life had been violated compared to Matsheka’s right to liberty. “Such a comparison, in my view, will be an exercise in mischief and an attempt to unfairly fan public anger and anxiety,” he further observed.