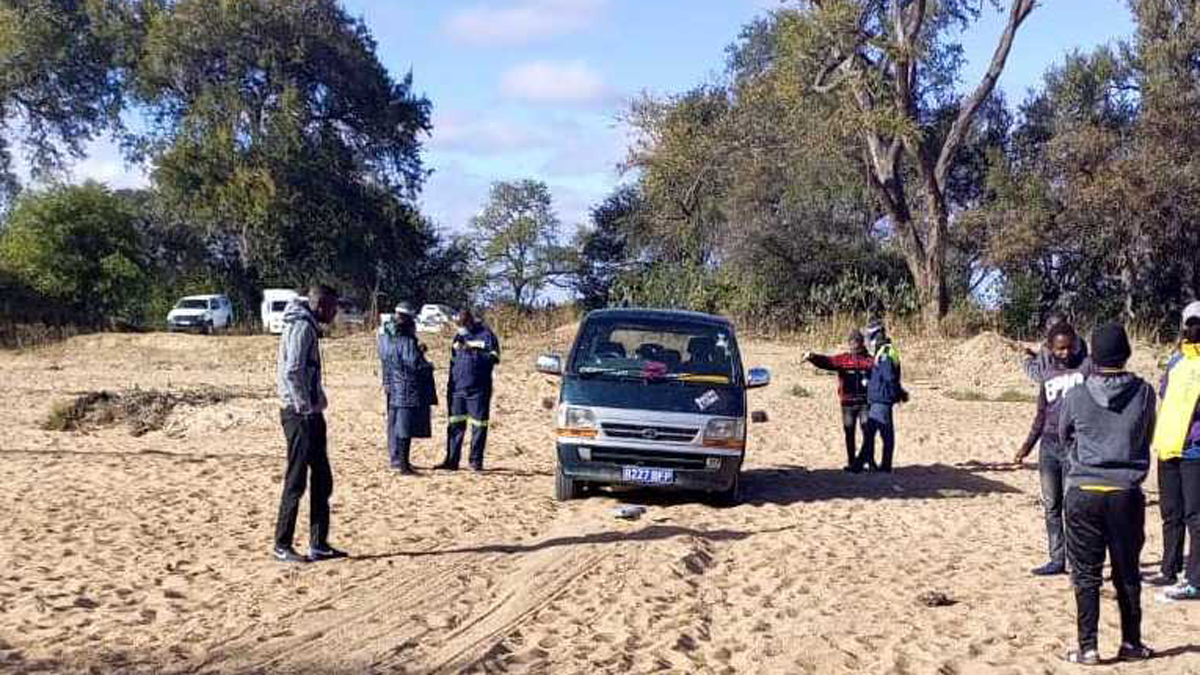 NO QUICK GETAWAY: Combi stuck in the river

Francistown Police are on the lookout for a suspected car-jacking gang believed to behind the violent robberies of four vehicles in the second city and surrounding areas at the start of the week.

In a two-day crime spree on Sunday and Monday, the hijackers are said to have forcibly made away with a Toyota Hilux (from Francistown), a Land Cruiser (in Tutume) and two combis, stolen at Mbalambi and Maitengwe villages.

So far the cops have recovered the Maitengwe combi, which was abandoned after getting stuck in river sand with the thieves seemingly heading for nearby Zimbabwe.

Warning the public to be vigilant when out and about in their cars, No 15 District Officer Commanding, Kabo Badirwang confirmed his officers were yet to make any arrests.

The police boss told The Voice the recovered combi was heading from Tutume enroute to Maitengwe late on Monday afternoon when the bandits struck.

The thieves then forced the driver out of the vehicle, tying him to a nearby tree where they left him. As well as they combi, they took his cellphone and the P600 he had made that day.

“They fled in the combi but luckily it got stuck in Maitengwe River. The driver then managed to untie himself and walked to Maitengwe police where he reported the matter. The combi was found in the river the following day,” revealed Badirwang.