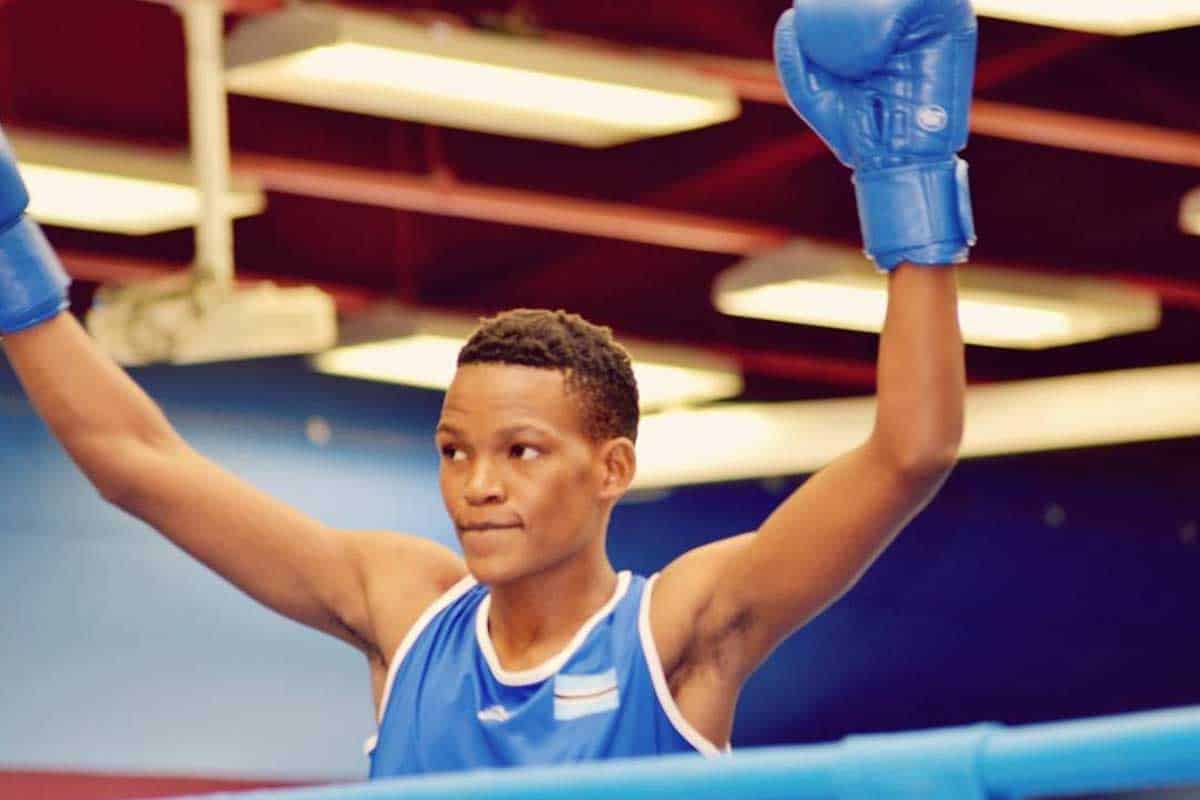 Having started her sporting career on the football field, hard-hitting pugilist, Aratwa Kasemang is now looking to kick on in the boxing ring as she becomes the first female in the country to turn pro.

With her newly won professorial status, the ambitious 27-year-old history-maker plans to punch her way to the very top of the sport and challenge for world titles.

Kasemang’s path to potential glory begins with a baptism of fire later this month, as she heads to Johannesburg for a daunting meeting with South Africa’s Raider Milena.

The Letlhakeng lightweight is already a bundle of nervous but eager energy ahead of the big fight night.

“The fight is on 21 April and is scheduled for six rounds. I am really excited to make my debut as a professional boxer and cannot wait to get started!” she told Voice Sport this week.

The former footballer, a member of the U/20 national team that won silver at the Region 5 Games back in 2014, was able to turn pro on the back of her impressive amateur record.

Her long list of achievements includes a gold medal at the 2019 Zone IV championships, securing a spot at the World Boxing Championships in Russia the same year and representing the nation at the Gold Coast Commonwealth Games in 2018, where she lost out to New Zealand’s Troy Garton in the quarter-finals.

It is an impressive roll call for a woman who only donned the gloves in 2016; a year later she was already a national champion. If her rise in the professional ranks is anywhere near as spectacular, the country could very well have a future world champion on its hands.

He is confident she has all the attributes needed to thrive in the cut-throat world of professional boxing.