IN THE SPOTLIGHT: F/town Academic Hospital

The construction of Francistown Academic Hospital was hailed as the dawn of an exciting new era for the second city.

Located along the A1 on the outskirts of Tati Siding, the state-of-the art hospital was expected to provide a valuable healthcare alternative to the city’s residents and neighbouring villages.

However, less than two years since it started operating, employees and patients have a slightly different tale to tell.

As well as offering first-rate care, the hospital, which is operated by Indus Healthcare Academic Hospital from India, was touted as a much-needed source of employment in the area.

Speaking at the 2017 groundbreaking, the then Minister of Health and Wellness, Dorcas Makgato excitedly revealed the hospital would create 800 direct jobs when fully operational.

Four years later and reports reaching this publication suggest such numbers may have been inflated or are not necessarily in favour of citizens.

Speaking to The Voice on condition of anonymity, an insider claimed that while the hospital initially attracted some of Botswana’s best young medical professionals with attractive offers, it immediately change tact after getting an operating licence.

“Employees’ salaries were halved and those who complained were shown the door,” declared the unhappy employee, who still works at the hospital.

“Where else would I go? Jobs are scarce!” he notes rhetorically.

“Citizens were used to obtain a licence and immediately management showed their true colours. Complaining citizens were either fired or voluntarily left and replaced by either Indians or Zimbabwean health professionals who are willing to work under appalling conditions for minimal pay,” he added.

According to the source, complaining is of no use because ‘all the top management positions are in the hands of Indians’.

“There is nowhere else to turn for help but the media. These people were very smart. To achieve the 70 – 30 percent citizen/expatriate ratio, they hired a high number of security guards and cleaners who are all paid P1, 000. The hospital is swarming with guards, cleaners and a few healthcare assistants who’re mostly students,” he said.

Echoing a similar tale of trouble within the hospital’s walls, a former employee told The Voice that staff are currently hired on one-month contracts.

“There’s a new face every month. I was one of the first employees who left after our salaries were halved. As I tell you today, one security officer earns more than nurses. We’ve doctors earning P6, 000 and nurses at P3, 000,” said the disgruntled doctor.

“Blood samples are piling up at the hospital because their account with a reputable lab has been closed. When patients demand to see their results they are sent from pillar to post,” he continued.

The Voice sent a questionnaire to the hospital management to address some of the raised allegations.

We had wanted to know how many locals are employed by the hospital, and how many are nurses, doctors, cleaners and security guards.

In response, Spokesperson and Business Development Manager, Sweedie Kgosidiile stated that citizens form an overwhelming majority of the hospital’s workforce, comprising just over 75 percent of all the employees.

However, she did not breakdown the numbers.

“Non-citizens pay taxes for which the hospital is obliged. We would like to clarify that non-citizens employed by the hospital hold work permits and fully comply with applicable Employment Laws,” she said.

With regards to the blood samples, Kgosidiile explained that the hospital conducts most of its diagnostics services in-house for good quality and service provision.

“Further and specific information on patient’s reports is confidential and cannot be shared and/or disclosed. Patient’s service complaints are addressed with individual patients, in privacy and with the confidentiality they deserve until they are resolved,” she concluded. 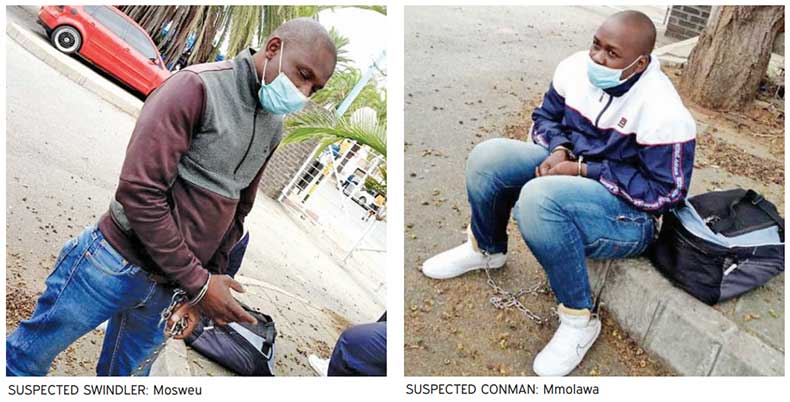