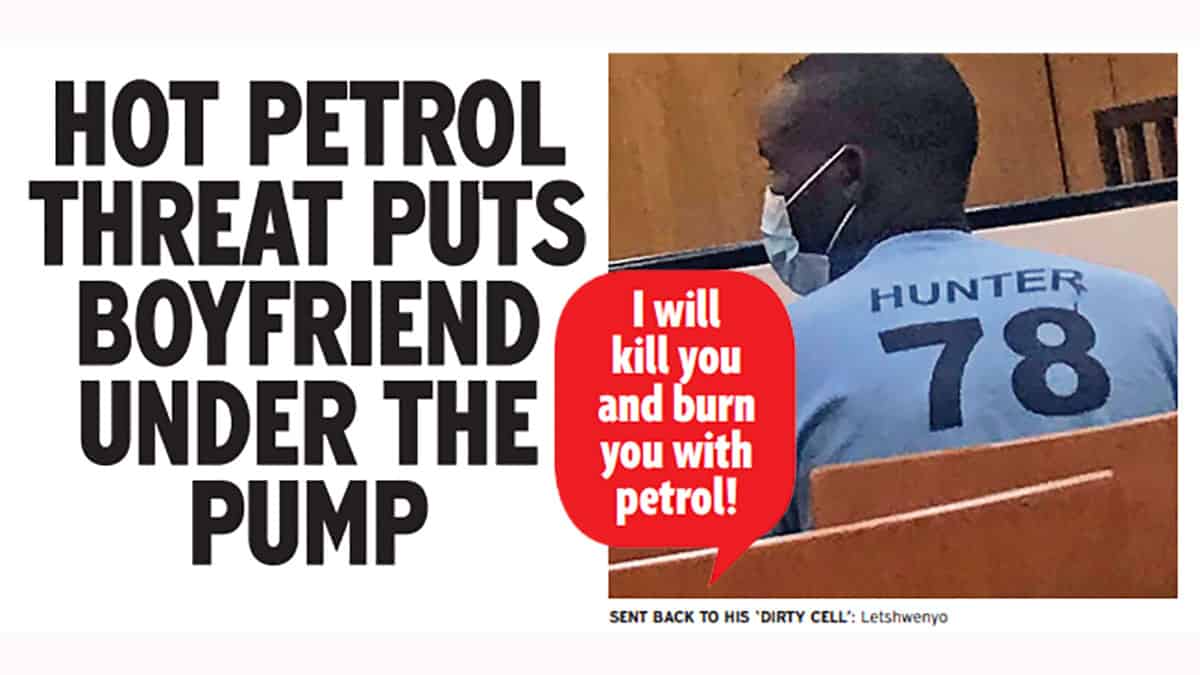 Boasting several brushes with the law to his name already, a Tonota man is in trouble again after allegedly threatening to kill his girlfriend and torch her corpse.

With alcohol involved and emotions running high, following a fallout at a local shebeen on 28 January, Onkabetse Letshwenyo, supposedly told his lover, Tebogo Montshwari, that he planned to take her life.

Apparently aware his big mouth had landed him in hot soup, the 35-year-old is said to have fled the scene.

Eventually tracked down by the boys in blue, Letshwenyo was hauled before Francistown Magistrates Court on Tuesday charged with threat-to-kill.

Recommending court keep the suspect locked away, the Investigating Officer (IO) Sengwenyana Ramogapi revealed Letshwenyo was a regular customer at their police station and a well-known trouble maker in Tonota.

“He has committed several crimes, some of which have been tried before the Tonota Customary Court while others are still pending,” disclosed the Sub-Inspector, who described the accused as a threat to the public.

“He is currently on bail for rape and grievous harm. Also, it is not his first time being accused of abusing a girlfriend as he previously abused his then girlfriend, to a point that she had to seek refuge at our office several times in fear that Letshwenyo would kill or harm her. We had to take her to a Gender Based Violence shelter,” said Ramogapi.

When given the chance to respond, Letshwenyo insisted there was no grievous harm case against him and challenged the IO to provide proof to the contrary. He also claimed the policewoman had a vendetta against him and was determined to see him behind bars

Hitting back, Ramogapi told court the opposite was in fact true, and that both her and her colleagues had been extremely lenient on Letshwenyo in the past.

“We have been arresting him and trying him before the Customary Court without even applying to the Magistrate Court to revoke his bail,” she explained.

Begging for one last chance, despite his recent track record, the suspect maintained he was not a flight risk and thus a suitable candidate for bail.

“I have applied for school. Also, I have to go to the hospital for medical assistance as I have been locked in a dirty cell for seven days,” he said.

His words failed to impress the Magistrate, however, and Letshwenyo was sent back to his ‘dirty cell’, at least until 10 March, when he is due back in court for status update.