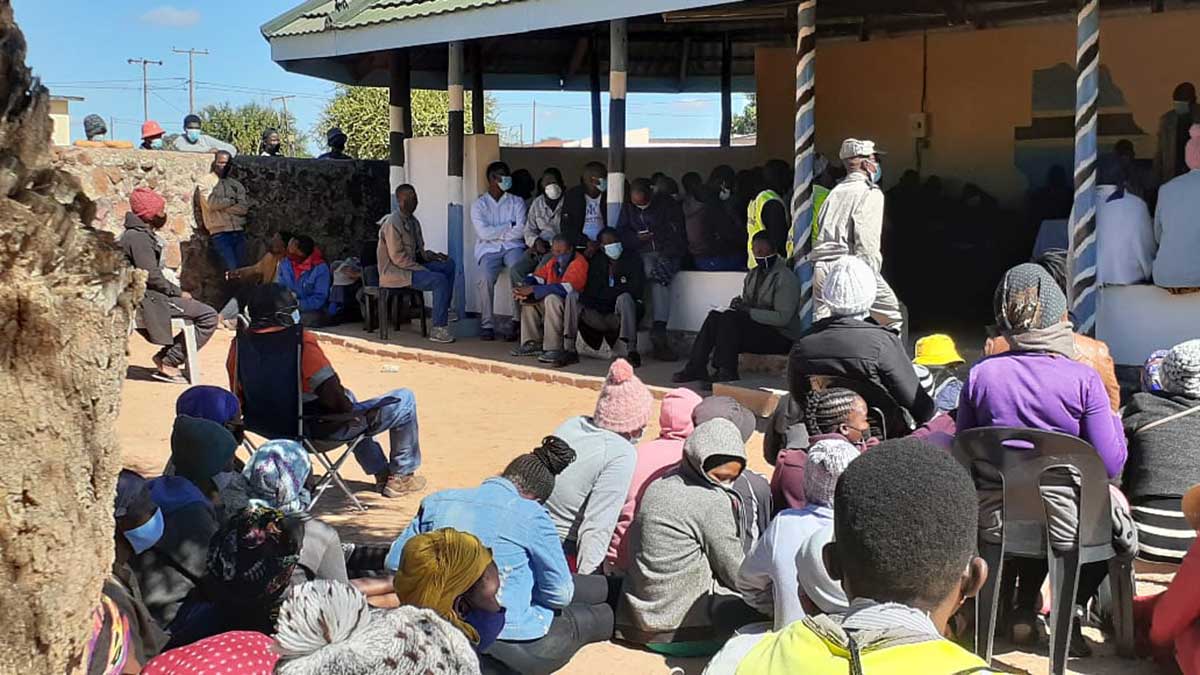 SHOCKED: Salajwe residents in a recent meeting for missing people

In one of the disturbing cases of missing people, Takatokwane police are investigating an incident in which some bones and clothes were found in the bush at Mokame lands.

The bones are said to have been found under a tree by a passerby who reported the incident to the police the same day on a Saturday afternoon.

It is alleged that a human skull, human hair, black sweater and a red t-shirt were also found at the scene.

Botswana Police Acting Public Relations Officer, Senior Superintendent Near Bagali, confirmed to this publication that on May 10th, 2022 the police received a report of a missing 36-year-old man of Mongane cattle post.

“The police, in conjunction with the community, embarked on a search for the missing man. Later, on the 2nd July 2022, the police received a report that some bones were found at Mokame lands about 8-10 kilometres from Mongane cattle post,” he explained.

“After the police rushed to the scene, they found the bones and some clothes but we cannot conclusively say its human bones, both the clothes and bones were taken to Scottish Livingstone Hospital for a postmortem to be conducted,” he said, adding that after the postmortem, further investigations will be carried out including a DNA test at the police forensic laboratory to verify if indeed the bones matched the missing person.

“Only the postmortem and DNA results will reveal if the bones are for the said missing person,” concluded Senior Superintendent Bagali.

In the face of the disturbing concerns, disgruntled residents of Salajwe recently clashed with village Chief, Moala Gaerupe, at a kgotla meeting over the high numbers of people that go missing in the village.

The concerned residents, during the meeting, revealed that they only get to find the bones of their relatives after they have been missing for sometime.

The police indicated that from 2020 to May 2022, Salajwe has recorded five cases of missing people.

Advertisement. Scroll to continue reading.
In this article:Human skull and clothes found in the bush