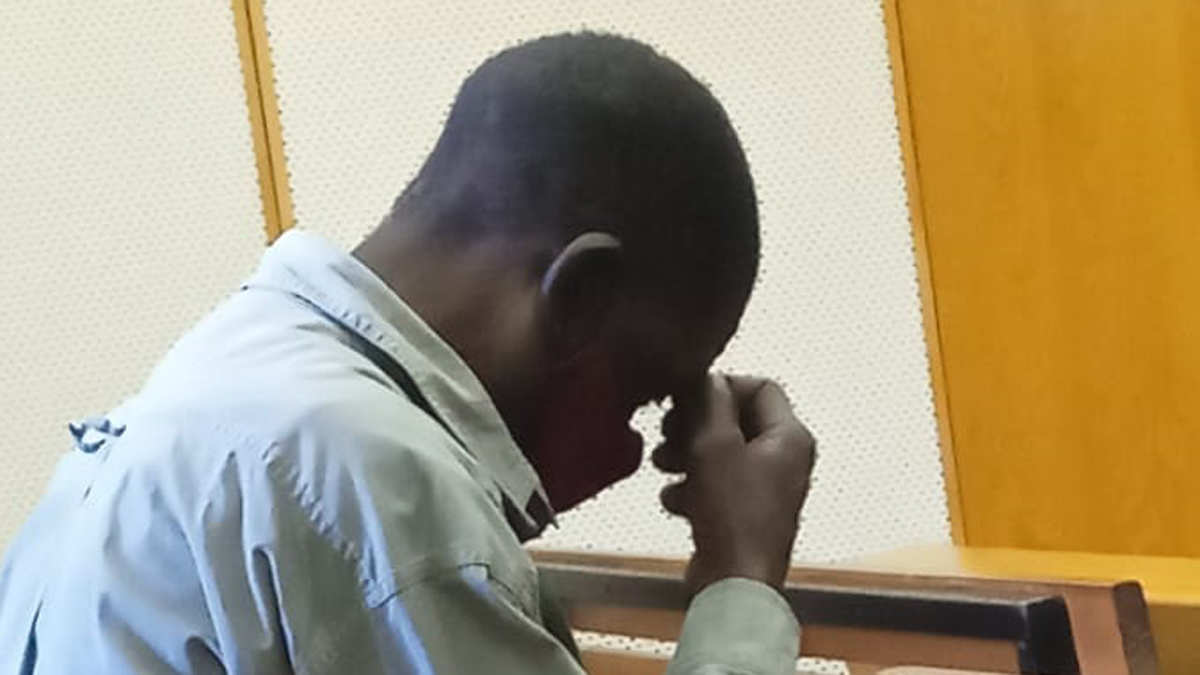 PROTESTING HIS INNOCENCE: The suspect in court

Dubbed ‘dirty dad’ by the media, a Maun man accused of repeatedly raping his 12-year-old daughter has denied the disturbing incestuous allegations against him.

The 45-year-old Tsau village native is said to have sexually molested his little girl on several occasions while the child’s mother – his wife – was away in confinement after giving birth.

Having demanded legal representation at his last court sitting, the suspect performed a dramatic u-turn last week, informing the Magistrates he would be defending himself.

He further claimed the police detained him for two days, in which time they tortured and beat him black and blue. In the end, he says he was forced to offer a confession as he feared for his life.

“I confessed to the crime because they were assaulting me. I could see that they wanted to kill me. That is why I ended up telling them that I did it,” maintained the suspect, who cannot be named to protect his daughter’s identity.

It was the complainant’s evidence that her father raped her numerous times and threatened to kill her if she reported to anybody.

The girl’s ordeal came to light when the school’s health and safety officer noticed a ‘foul smell’ emanating from her genitalia. Upon questioning, she reportedly revealed her father had been molesting her for some time and that her brother had defiled her for the first time that very morning.

The victim is currently staying at a shelter in Francistown as her mother refused to kick the father out and is still living with him. Her brother, who has been charged separately since he is a minor, has also been sent to boarding school.

Out on bail, the suspect is due back in court on 27th June for his oral submissions while the prosecution is expected to have filed theirs before the set date.