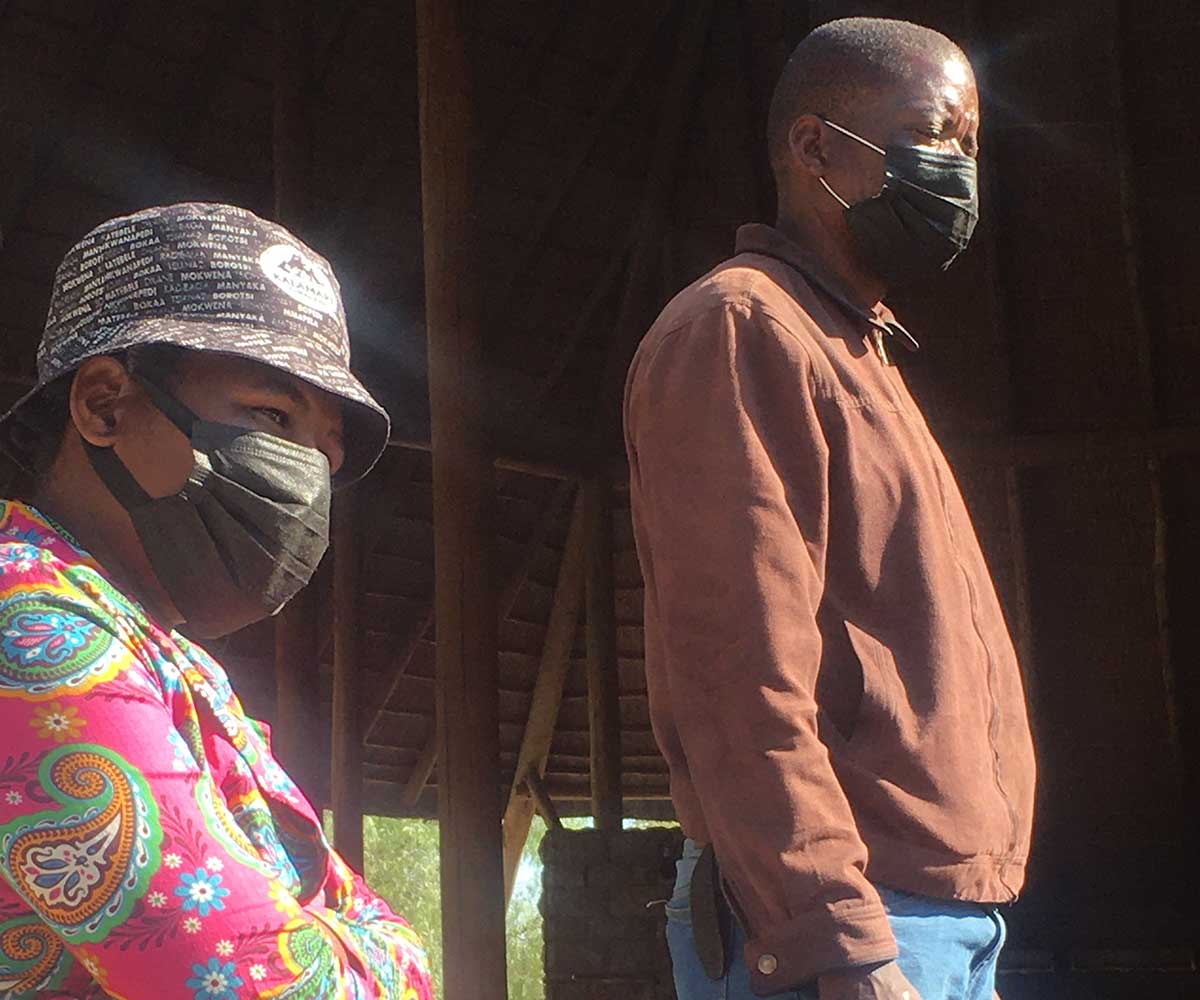 STANDING UP TO BE COUNTED: A forgiving Nyambe chose to stand by her man

An allegedly abusive boyfriend got a lucky break this week when his baby mama gave him a third chance and dropped the charges she had laid against him.

In a merciful mood, on Wednesday morning 35-year-old Viola Nyambe told Maun Customary Court she had forgiven her man, Baoke Modise, 47, for his previous trespasses.

The couple were due to appear for two incidents, the first dating back to 10th February when Modise allegedly launched an unprovoked attack on his lover.

It is said Nyambe was sitting outside with her brother in their sister’s yard when Modise turned up in a menacing temper.

He said, “Wena o a ntlwaela! (You are full of s***),” before slapping his girlfriend and then unleashing a knife.

Both siblings ran for dear life, with a family member locking the terrified woman inside the house to keep Modise at bay.

An assault case was later opened against him at Maun Police Station.

Before the matter could go to court, the couple fell out again on 18th June, with a heated argument culminating in Modise reportedly burning some of his and his children’s clothes. Once the ashes had settled, Nyambe duly reported him to the police for damage to property.

However, performing a dramatic u-turn this week, the complainant revealed said she no longer wants her baby daddy to face the wrath of the law and instructed police prosecution to withdraw both cases.

“He is the father of my children and he has shown remorse for what he has done. He has asked for forgiveness and I understand as a person he is prone to making mistakes,” declared Nyambe, seated beside Modise, who listened on in embarrassed silence.

“He is a grown man, he will mend his ways,” she concluded confidently.

Presiding over proceedings, Kgosi Leretetse Mogalakwe cautiously agreed to withdraw the matter, noting he was reluctant to do so as Gender Based Violence (GBV) cases are a big worry in the North West and indeed the whole of Botswana.

“Men are generally stereotyped when it comes to GBV matters and that is because of men like you, people think all men are the same,” decried Mogalakwe.

The chief further warned the reconciled couple that if they ever bring a similar matter before him again, he will refuse to withdraw it.

“Being drunk is not an excuse to misbehave. This behaviour of yours is negatively affecting your children; imagine young children watching you burn their clothes in all your rage after quarrelling with their mother!” scolded the Kgosi.

For his part, Modise, who did not say much in court, admitted he was drunk on the day of the second altercation and had set fire to his own jeans but denied torching his kids’ clothes.

He further announced he was a changed man and vowed never to drink alcohol again as it has proven to be a bad influence on his behaviour.

Time will tell whether he’ll keep his promise and whether Nyambe lives to regret her compassion.

In this article:I stand by my man!, Okavango Voice