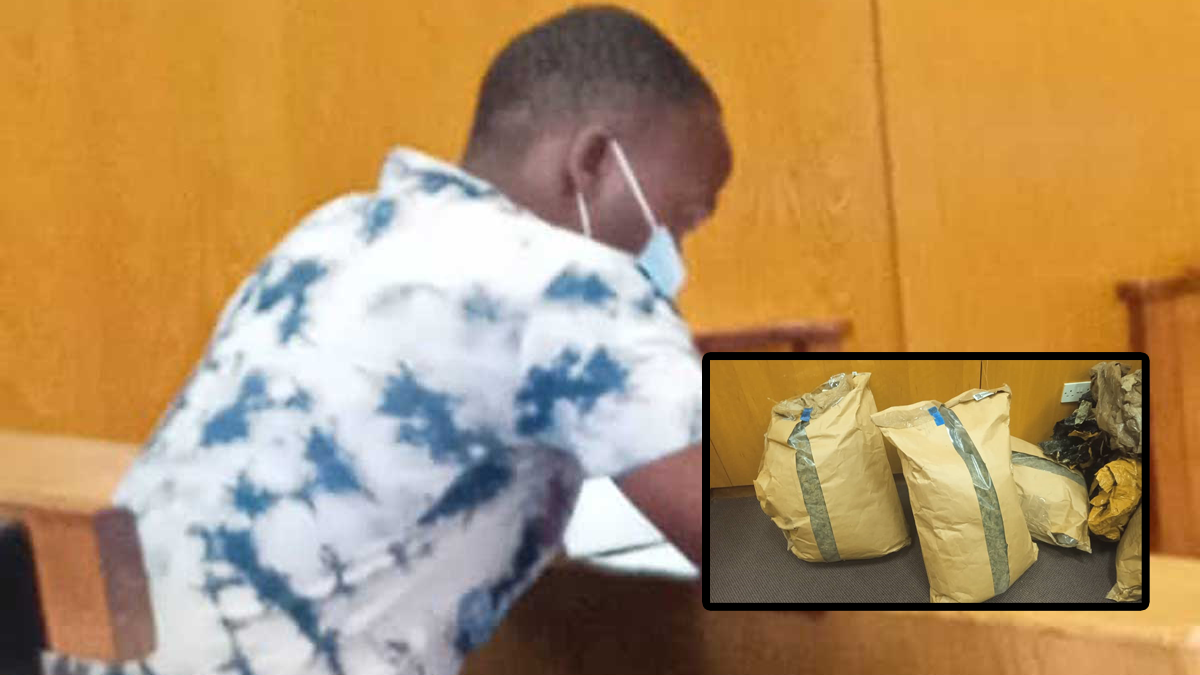 A suspected South African drug trafficker, 28-year-old Thapelo Skhosana has denied police allegations that he was offered P6000 to traffic dagga from Maun to Francistown.

Making a submission in court for the prosecution, investigating officer Lethata Mokobe said that Skhosana had told the police that he received ‘the parcels’ at Kwa Nokeng filling station from a unidentified person who did not give him the contact number and address of the receiver.

He said he was only informed that the receiver would give him P6000 for the delivery, the IO told court.

“The accused person told us the person he was to deliver to was meant to phone him when he arrived in Francistown and reward him with P6000,” said Mokobe.

However in his defence, Skhosama maintained that he genuinely thought he was transporting clothes and not marijuana.

Lashing out at the police for what he described as xenophobic behavior, Skhosana said police kept saying to him, “ You South Africans think you are clever but we are going to show me that this is Botswana.”
He continued to say, “The IO is using his feelings! He he did not care to investigate my allegations. I gave them the number of the guy who gave me the parcels but they did not follow it up. They said Francistown was too far for them to escort me to the person who was supposed to receive the bags.”

Contrary to the police allegations Skhosana insisted that whilst filling up with diesel someone called Tholoza brought the bags and asked him to take them to someone in Francistown.

“I found him by the truck and he told me that they were clothes that he wanted me to transport for him to Francistown. I told him to put the bag in the truck and he asked me for my expected time of arrival, testified Skhosana, adding that he was busy and therefore did not check what was inside the bag.

He argued that it wouldn’t have made sense for him to transport drugs and not hide them when he knew very well from his frequent use of that road that police were going to search the truck.

“When I came to Maun they searched my truck, I knew they were likely to do it again going back,” contended Skhosana.

Vehemently denying that he ever confessed to the police that he was paid to transport the dagga Skhosana lamented. “I never told them that I was offered money to transport the dagga, I was to collect the money and take it to someone the people who sent me owed in South Africa,” said Skhosana.

The defense closed their case without calling any other witnesses. Both parties are to file their final submissions on or before 11 July.