Opposition politics and an excessive increase in data prices dominated the news this week, with Coronavirus, which has been central for weeks, ‘playing second fiddle’.

As you may be aware, there are two main Movements for Democratic Change (MDC): the MDC-Alliance led by Nelson Chamisa and the MDC-T (T standing for the founding leader of the movement, Morgan Tsvangirai) led by his rival, Thokozani Khupe.

The former is the main opposition party in parliament while the latter only has two seats.

However, Khupe has of late been wining and dining with the ruling Zanu PF and thus it did not come as a surprise when the Supreme Court ruled that she was the rightful leader of the MDC, which basically means she is the leader of both the Alliance and the MDC-T.

Using that technicality and her presumed powers – and of course with the support of the speaker of parliament and by extension Zanu PF – this week she recalled four MPs who belong to the Alliance.

Without dwelling much into the whole saga, what is clear is that the debacle is meant to cause confusion, weaken the main opposition and divert attention from the real problems facing this nation.

It’s a pity that some of the opposition figures never learn. They will fight against each other while Zanu PF, the main beneficiary if not the instigator of the fight, cheers on. In the end these opposition figures will be thrown into the political dustbin and reduced to nonentities.

The MDC-Alliance, as expected promised to fight back with its Vice President, Tendai Biti declaring war.

“What has happened today [Tuesday following the recall of the MPs] is a declaration of war. It marks the end of normal politics in Zimbabwe…We have given peace a chance, we have given dialogue a chance …” Biti was quoted saying – one wonders what constitutes ‘normal politics’ in Zimbabwe anyway!

What I know is that these are empty threats and what I also know is that it’s only a matter of time before he is charged with treason.

While this saga was trending on social media, people were simultaneously expressing their dismay at the crazy increase in data prices, which went up by more than 200 percent.

The sad thing about Zimbabwe is that when prices of goods and services go up, they don’t do so by a small percentage. Companies go all out to ensure that people really feel the pinch, just as they have in this incident. Who in their right minds increases a service by 200 percent in the middle of a crisis?

Meanwhile, the government revised the official number of confirmed Covid-19 cases, saying previous tests had been mishandled. As of Tuesday, the official figures were 34 cases, down from 40 last week, with 5 recoveries and 4 deaths. 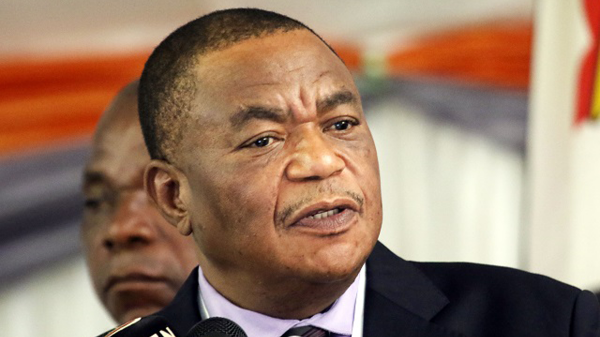