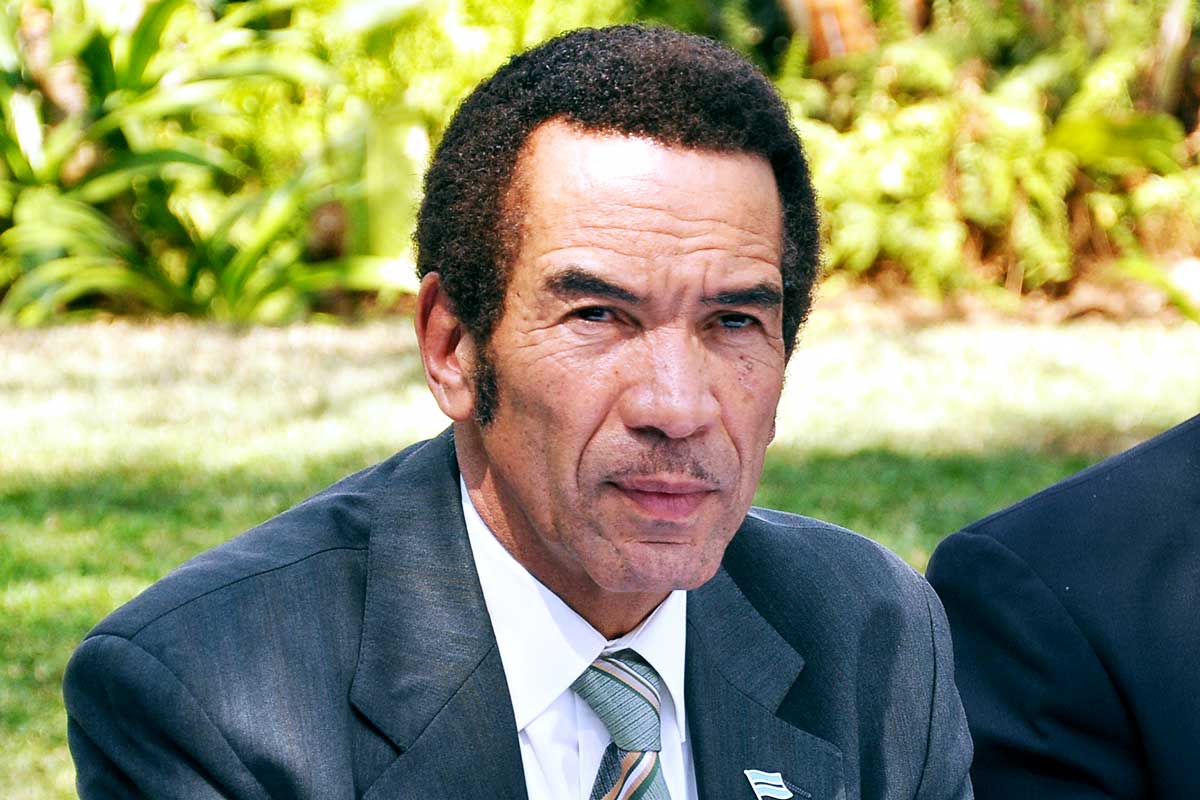 Although he promised ‘go phantsha’ during the 2019 general elections campaign, it looks like President Masisi is only getting ready to spill the beans now.

However, things seem to have backfired with Khama responding and BPF party warning him to cease and desist from what they have described as ‘untruths and gross misrepresentations of events.”

“Having reflected deeply and with an open mind we will address Masisi’s assertions in three parts in order to give Batswana the full picture with sufficient detail. For the moment we will deal with the first three of the allegations; namely the issue of Tshekedi Khama as Vice President; my alleged lack of support for Masisi for the BDP chairmanship; and what started off as mediation attempts by two separate teams of BDP elders.

In dealing with the issues I am still bound by the Oath of Secrecy that I swore to. I therefore cannot discuss Cabinet Minutes or Procedures except in clarifying inaccuracies, untruths and gross misrepresentation as has happened in this case.

It is my observation that Masisi has either suffered a cruel loss of memory in most if not all of the allegations he is levelling at me possibly due to mental fatigue or breakdown, or has chosen to forget facts as known to him and I, and those that were in Cabinet and Senior Public Service positions during my Presidency.

From his comfort zone and youthful exuberance he has now chosen to throw scorpions, toyed with the oath of secrecy as an established principle of good governance, twisted the facts and invented stories that he knows never happened.

Masisi would be well advised to realise that the constitutional provision of immunity from prosecution assumes integrity and honesty on the part of a sitting President.

Tshekedi Kama for Vice President: This is one of the most offensive misrepresentations of facts by Masisi.

I never even considered my brother Tshekedi for Vice President and never asked Masisi to appoint him.

I would have chosen Tshekedi on my own had I wanted to and I never needed Masisi’s help to do so.

Although Masisi ranked fourth in the list of candidates suggested to me by the BDP caucus I had made up my mind on him ahead of stronger contenders and despite a spirited Cabinet revolt against him.

This was my decision and mine alone. His colleagues protested and warned me in his presence, as did several Senior Public officers separately including some who remain in government today, that Masisi was not a fit and proper person to be President.

They believed that he lacked maturity and statesmanship, he was too casual and not renowned for integrity, and that he was a divisive character who did not respect public officers.

Some of the public officers confided in me issues of ill-treatment, use of derogatory language and gross impoliteness.

I genuinely was not aware of the intensity of this personality problem as I had no evidence of it.

My insistence on him as my preferred choice was based on what I now realise was fake behaviour that he displayed during our interactions, something I will forever regret. Had I known this Masisi would have walked!

I gave him the benefit of doubt, protected and appointed him. I even invited those that did not want him to resign if they so wished.

The notion that I may have expected any favours from him in return is just an illusion because I never needed any then nor do I need any now beyond my constitutional entitlements as a former President.

If it were possible to press the undo button I would not hesitate. Not supporting Masisi for BDP Chairmanship: I believe that members of the BDP themselves including those that were in attendance at the just ended National Council know and stand for the truth.

Some of you were there in Mmadinare and Tonota. You judge for yourselves!

You will recall the ‘Camp Dubai’ tent and my prevailing on contenders to not disrupt Masisi’s chances for success.

I played my part in making sure he prevailed.

Forgive him for forgetting this as there appears to be a memory lapse! Mediation efforts by BDP elders: The Mogae team was chosen by Masisi alone.

I had no opportunity to have a say in the composition of the team but I nonetheless accommodated them.

They wanted to ignore my complaints of curtailment and withdrawal of my privileges by Masisi that were going on when they came to see me.

They insisted that I go and appear before Masisi without accommodating my submissions on the agenda of our suggested meeting by them.

What was the problem with both sides submitting issues for discussion if there was any sincerity and fairness in mediation?

Of course I refused, and they left. I did not expel them. I have been asked what I make of former President Mogae’s remarks about myself as his chosen successor.

I will neither react to nor address Ra-Nametso out of regard for his advanced age.

My respect for him as my senior and predecessor, and his privilege of commentary without boundary as a former President remains constant.

I close with a peek of many occurrences that will not wash away self-inflicted mental grief – Gaborone Dam on the eve of the 2019 elections; archived loose tongue voice recordings; and the 2019 electoral ransom. Let the sleeping dogs lie!

In the next couple of days we will get to the full bouquet of the following as a result of what Masisi said and insinuated about me and his claim of integrity at the BDP National Council: the matter referred to as “extra judicial killings”; my relationship with Masisi during my Presidency and immediately after he became President, his relationship with Cabinet colleagues and the Public Service as Minister responsible; what Masisi and I discussed and agreed when I handed over to him, his ridiculing of neighbouring Heads of State and Government and misrepresentation of their efforts to broker peace; offending diplomatic relations with the said neighbouring countries and blaming me for granting interviews when requested by the international media;tribalistic remarks directed at Bangwato and aspersions on my uncles and my status as Kgosikgolo ya Bangwato; ridiculing former Cabinet Ministers and embarrassing the BDP; speculation about my wanting to return to the Presidency via the Botswana Patriotic Front; alleged USD 4million and one million (currency unnamed) pledges of donations to the BDP; The decision to close the BCL mine; The 2011 Public Sector Strike; Banyana Farms and Tauotona lodge; and that aborted flight to Mozambique Rest assured these are serious issues on which we will leave no stone unturned, and make no mistake the political Armageddon will arrive!”

“The BPF is aware of voice recordings in which President Masisi outdoes his already decorated personal best record at being untruthful.

The voice notes are notable for the usual threats to speak out about what transpired during the Khama Presidency and a few details on what guarantees he was expected to give as a condition for the Presidency. 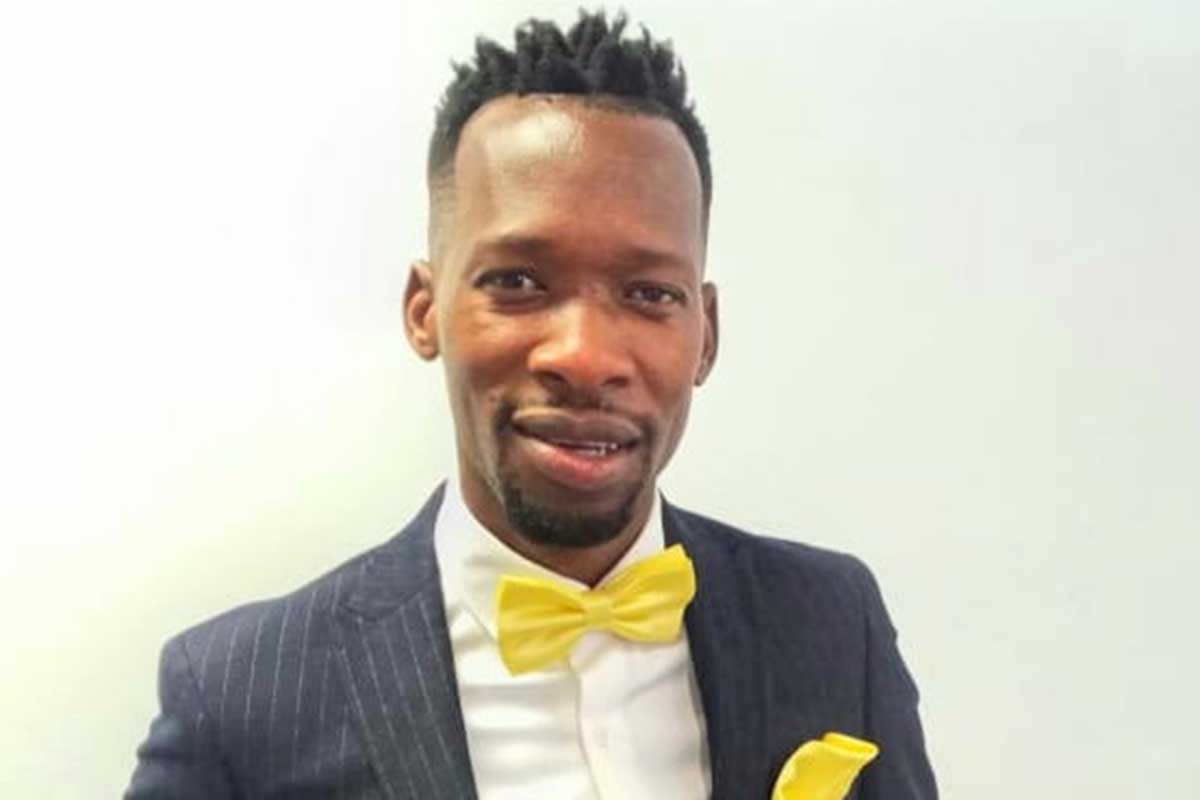 As usual, the President revels on gossip and small talk instead of focusing on issues that matter to our people.

Sir, you are supposed to be President of this Republic. But you seem to lack the mental presence and emotional intelligence to be aware of the enormity of the office you sadly occupy.

Your constant outbursts and disregard for truth are not just embarrassing to this nation but are reckless in manner bordering on threatening national security.

Since you need reminding, your Oath of Office requires of you to learn what to say and when, and to learn what information ought to be classified and what ought not to be.

Our national secrets are not yours to toy with at whim, you are but a fleeting part of the history and future of this nation.”

In this article:Khama and BPF address Masisi’s accusations, Politically Speaking