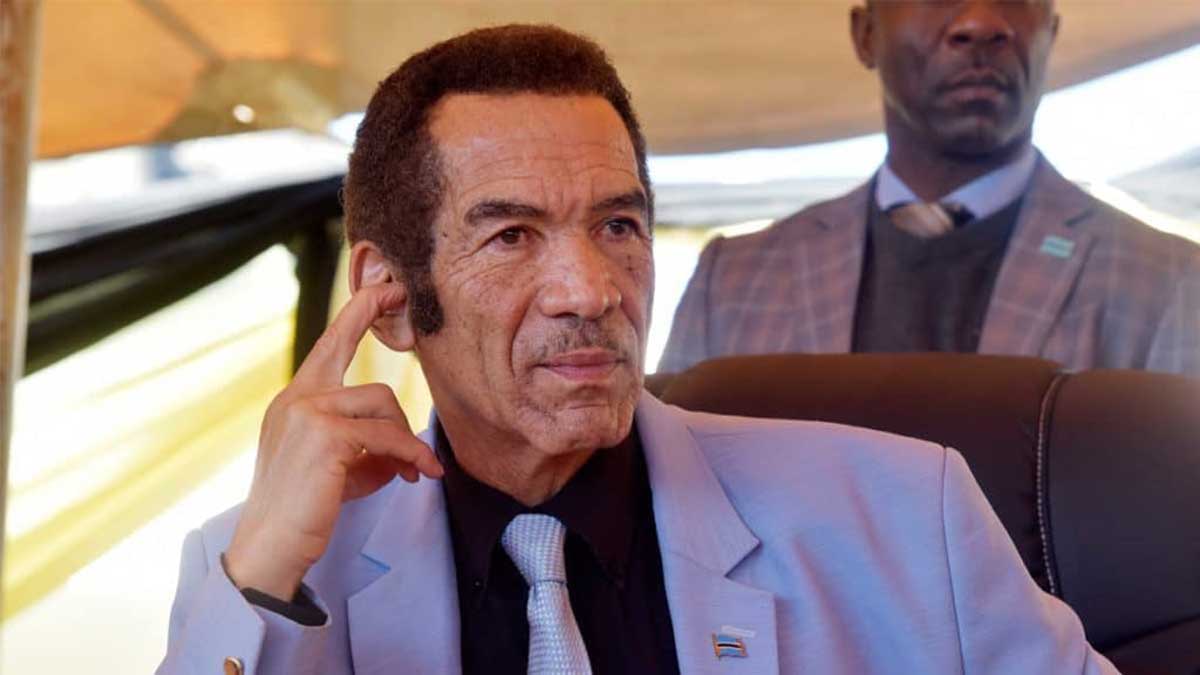 Former President Ian Khama has sent a stern warning to Minister of Local Government and Rural Development, Kgotla Autlwetse, to stop interfering in his dealings with Bangwato.

He said that the meeting by Morafhe will provide an update on the way forward in trying to deal with his differences with President Mokgweetsi Masisi following his dishonouring of an undertaking to grant his uncles an audience.

“I have been duly informed by Kgosi Sediegeng Kgamane, Bangwato Regent, of a letter to himself dated 21st March 2022. Even as I am aware of the minimum authority of Autlwetse as Minister responsible for Bogosi, I must state from the onset that the tone and contents of his letter to Kgosi Sediegeng violate section 25 of Bogosi Act as it clearly undermines my authority as Paramount Chief of Bangwato and by extension that of the tribe. Further, I cannot ignore the fact that in this particular matter, Autlwetse is heavily conflicted and cannot be a neutral arbiter.”

He stated that the basis for the said letter, according to Autlwetse is that Kgosi Sediegeng Kgamane has allowed Bangwato to use their main Kgotla in Serowe for what Autlwetse puts as private affairs that in his view cannot be conducted at the Kgotla.

Khama said that this is in reference to his having instructed Kgosi Sediegeng in his capacity as Paramount Chief of Bangwato to update Morafhe on matters that affected his family, that being the recent detention of his twin brothers Tshekedi and Anthony Khama and Thea Khama, Tshekedi’s wife by the Directorate on Intelligence and Security Services (DIS).

He said that apparently Autlwetse had attempted to stop the meeting which took place at the main kgotla in Serowe, as he, Khama had requested, and which he describes as having been “outside the purpose and function of a kgotla”.

Khama mentions that Autlwetse goes on to imply that Bangwato have no right to use their Kgotla on matters that involve his family and himself despite the fact that he is the paramount Chief of Bangwato.

“It is my duty therefore to remind Autlwetse that even as Minister he is my subject and has no business or right to interfere in my dealings with Bangwato. If I needed his view or opinion on any such matter I would let him know. I have so far not needed any. I must also warn Autlwetse that by disrespecting Kgosi Sediegeng and myself through Kgosi Sediegeng he is fanning the flames of tribal conflict as many Bangwato have asked me to call him to order, as I hereby do.”

He mentioned that in terms of Bangwato Tribal Affairs, Autlwetse is junior even to Kgosi Sediegeng as Regent of Bangwato. “It is abominable and downright rude for Autlwetse to ever think he can call Kgosi Sediegeng to order for respecting and implementing my instructions.”

He warned Autlwetse to stay out of the affairs of his Kgotla and Gammangwato in general for his own good. “What he has done is an act of indiscipline, insubordination and gross disrespect as he is attempting to strip me of my status as Kgosi Kgolo.”

He called on Bangwato to disregard the contents of Autlwetse’s letter and to continue to freely attend any kgotla meetings in Ga Mmangwato.