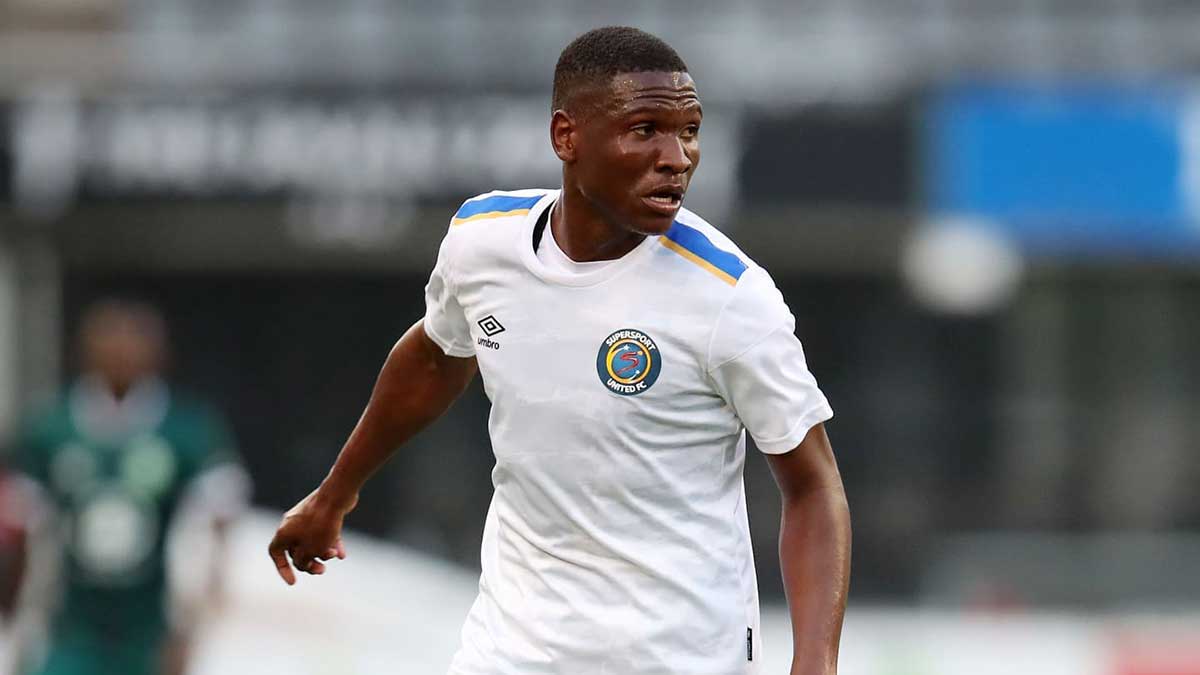 After two months away, it’s time to once again check in on the progress of local footballers kicking balls beyond Botswana’s borders.

Without further ado, let’s find out how the fantastic five have been getting on…

The 2021/22 season is turning out to be one to forget for Tsotso, with game time proving increasingly limited for the lanky left-footer.

The 31-year-old has featured just once in Chippa’s last nine matches, coming on as a 64th minute substitute against Kaizer Chiefs at the start of April. Sadly, he did little to enhance his case for more first-team action. With the clash locked at 1-1 when Tsotso stripped off, Chiefs would eventually run out 3-1 winners.

Tsotso has been left out of the Chilli Boys’ match day squad in all three games since and is unlikely to feature against Cape Town City midweek (Wednesday 4th May).

Three points from safety with four PSL games left to play, Kurt Lentjies’ charges are stuck in a relegation dog fight – it seems they will not be relying on Ngele to guide them to safety!

With the clock ticking on his career, is a move away from the Eastern Cape imminent for one of the great exports of Botswana football? After ten years in South Africa, could a return home be on the cards?

After an excellent start to the season, in which ‘TT’ established himself as a regular starter for the Pretoria-based giants, injury has curtailed the 23-year-old’s progress.

The defender has not played for almost seven weeks and was last seen in action on 19th March, when he hobbled off before half-time in a 1-1 draw with TS Galaxy.

Six games later and Ditlhokwe has not featured since. Although it’s not clear exactly what his problem is, the Gulubane native was part of the recent Zebras camp assembled for the AFCON Qualifier against Eritrea that never was. It is speculated he picked up a knock then.

Matsatsantsa-a-Petori have endured mixed fortunes in TT’s absence, blowing a 2-0 lead against TTM in the Nedbank Quarter Finals, eventually losing in extra time.

The result cost Coach, Kaitano Tembo – the man who signed TT from Township Rollers, his job.

Supersport have tightened up since then, keeping three clean sheets in a row, including shutting out Kaizer Chiefs in a 1-0 win.

They take on Swallows this Friday with no word on whether TT will be fit or not.

Having turned 26 at the end of March, ‘Teenage’ is a striker in his prime.

The muscly forward ended a three-game goal-scoring drought in fine style against Rapide Oued Zem last Monday, coming off the bench to grab the winner and secure a 2-1 victory for OCK.

Brought on in the 66th minute, the Palapye powerhouse needed just eight minutes to make his mark.

The former Rollers favourite continued his match-winning heroics three days later, scoring the only goal in a 1-0 win over RSB Berkane, a result which lifted OCK up to 6th in the 16-team Pro Botola League.

In their first season in the elite Moroccan division, with eight games to go, Orebonye and his teammates have a great chance of securing a CAF Confederations spot.

The table is incredibly tight, though, with just four points separating 12th from 3rd.

Now up to seven goals and four assists for the season, Orebonye will be looking to make it three-in-a-row when OCK take on FUS Rabat on Sunday.

After missing the game against bottom club, Rapide Oued Zem, with injury, ‘Skhebo’ had recovered enough to take his place on the bench last time out.

Introduced just after the hour mark, the maestro waved his wand in midfield, helping inspire his team to a narrow victory against fellow CAF hopefuls, RSB Berkane, and extending their unbeaten run to six.

The 28-year-old Serowe sensation’s tally for the season stands at seven goals and eight assists, meaning the ex-Lija Athletic man has been directly involved in 15 of OCK’s 28 goals this season!

It’s fair to say ‘Mini Copper’ has not been zooming on the pitch since arriving in North Africa back in February.

The 24-year-old has started just one league game (on 22nd April) and it ended badly for both Cooper and his club.

MC Oudja fell to a 3-2 defeat and the Tsabong native was hauled off in the 52nd minute after an uncharacteristically subdued performance.

In the following match, a 2-0 loss against RAJ Casablanca, although he travelled with the team, Cooper was omitted from the match day squad.

It means that since signing for MC Oujda, the dreadlocked baller has tasted just 53 minutes of first team action in three months.

With his new employers currently languishing in the relegation zone, the ex-Extension Gunners starlet will be desperate to get on the pitch and show the fans what he can do!

Related Topics:Kicking back with footballers abroad
Up Next

Glory and goodbyes at GIM