CONFRONTATION: Man walking to his death

Helpless Gumare residents watched on in hypnotized horror, some recording the incident on their phones, as an angry elephant killed a man in the middle of the village on Tuesday morning.

According to eyewitnesses, the 26-year-old was tossed around by the giant jumbo as if he was a child’s toy and not a fully grown man.

The massive mammal, described as ‘a very, very big elephant’ was later shot down by wildlife officers as it tried to flee the village.

Talking to The Voice the day after the tragedy, Matlakala Saubabi, 43, spoke of how the elephant grabbed the man by his jacket and sent him flying in the air before pinning his fragile body down with its knees.

“It was so horrific and I don’t think I’ll ever forget that sight. I am so haunted that yesterday I had to check my blood pressure three times at the clinic!”

Saubabi said it appears the elephant was inadvertently driven into the homestead by residents attempting to scare it off.

“From what we hear, there were three elephants which were passing through the village. People tried to scare them off and two of them went back into the bush while the other one ran deeper into the village,” she explained.

With dogs barking in excitement and people shouting in fear, the panicking creature made its way deeper into the village, desperately trying to escape the noise.

It reached Kgosing ward where fear gave way to fury.

“It went inside my yard so we all ran into the house. Seemingly it was looking for a route to escape and it was trapped inside the village,” continued Saubabi.

When the increasingly frustrated elephant finally exited the yard it came across its unfortunate victim, who was apparently so focused on his phone that he did not hear the commotion. “He was coming from his late grandmother’s home where the memorial service was held,” revealed Saubabi.

According to the villagers, the man had a history of mental and hearing problems. Even when people screamed a warning, trying to get his attention, his concentration remained on his phone as he unwittingly walked towards his death.

“By the time he realised what was happening, it was too late. He tried running but the animal out ran him. It rounded past the yard and grabbed him by his jacket, throwing him all over the place, hitting him against the electricity pole and when he tried to escape, it pinned him down with its knees. That animal thinks like a human being. It stopped him from escaping by kneeling on him and then hitting him with the tusks before throwing him into the next yard.”

Although she was raised in Kasane, where elephants roam the town freely, it was Saubabi’s first time to witness such horror.

“Elephants hate noise, so when I grew up we were taught to be silent when they are around. That is why we quietly sneaked into our house when it approached,” she told The Voice, grimly adding she has not been able to sleep since the ‘nightmare’ ordeal.

Giving a slightly different version of events, 40-year-old Methaetsile Ditando said the dead man was well aware of what was happening and had wanted a closer look at the elephant.

“The incident happened close to my house. He ran past our yard towards the commotion and I think he wanted to see the elephant but went too close. When it charged, he ran. He tried going around the yard but the elephant took a short cut, trampling over the fence. When he tried looking over his shoulder he tripped and fell and that’s how it caught him,” explained Ditando, who like Saubabi is struggling to recover from the psychological trauma.

“I could not eat or bath. Even at night, when I was sleeping I could hear as though something was moving outside – I thought some more elephants had arrived!” she exclaimed.

Meanwhile, Acting Station Commander for Gumare, Jerry Sabata said even though the police and wildlife officers tried to call the crowd to order and calm the situation, they did not listen.

“After the incident, the elephant made a u-turn and walked towards Subiya ward. The officers tried to disperse and keep people quiet and calm and at the same time drive the animal out. It was not easy.”

The top cop further disclosed that when they were near Kelekele Primary School, the officers felt it was safe to shoot the elephant and duly gunned it down.

Graphic images of the incident have since spread on social media, including the elephant attacking the man, the moment it was shot and finally villagers coming out with knives to carve open the animal and share its meat.

According to the founder of Elephant Protection Society of Botswana, Oaitse Nawa, neither man nor beast need have died that day.

“That was horrible. First of all if that person was equipped with knowledge regarding animal behaviour he would not have broken the comfort zone. He went too close and that was suicidal. After the attack, somebody shoots at the animal in the middle of the crowded village, imagine what could have happened had he missed or just injured it, it would have gone berserk and caused more casualties.”

So what should have been done in this case?

Nawa says people should have been ordered to disperse, remain silent and the animal driven out of the village. If it was necessary for the elephant to be shot, then that should have happened outside the village. “Now we see people cutting it, that’s craziness! Our communities are out of order. I don’t know if it is due to hunger or what but it was terrible and these are the kind of things that gives our country a bad name. Communities need to be educated in these matters and know that these elephants do not only belong to Botswana but international communities as well.”

Another elephant protection advocate, Mokadi Masedi of Elephant Development Trust in Habu, says when elephants walk into a village during the day, people should realise something is wrong.

“It’s either they are hungry, thirsty, injured or running from an attack. Currently there are two likely causes at play: it is now hot and they are likely to come looking for water and there is elephant hunting taking place in Tubu area so they could have been running from that. Injured or not, all those things cause them to be irritable and angry due to the stress and therefore ready to attack.” 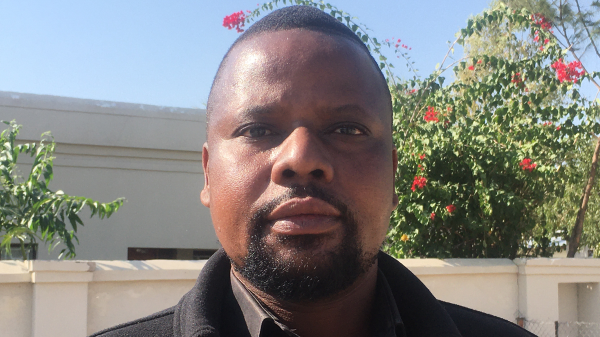 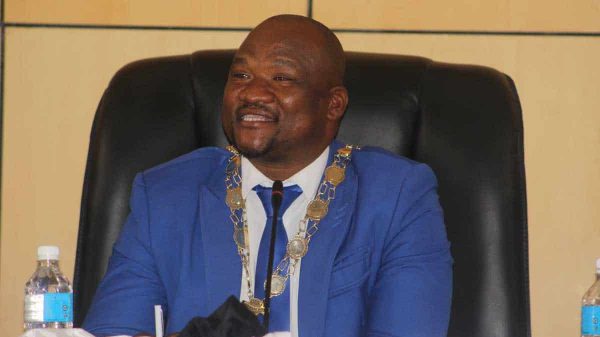