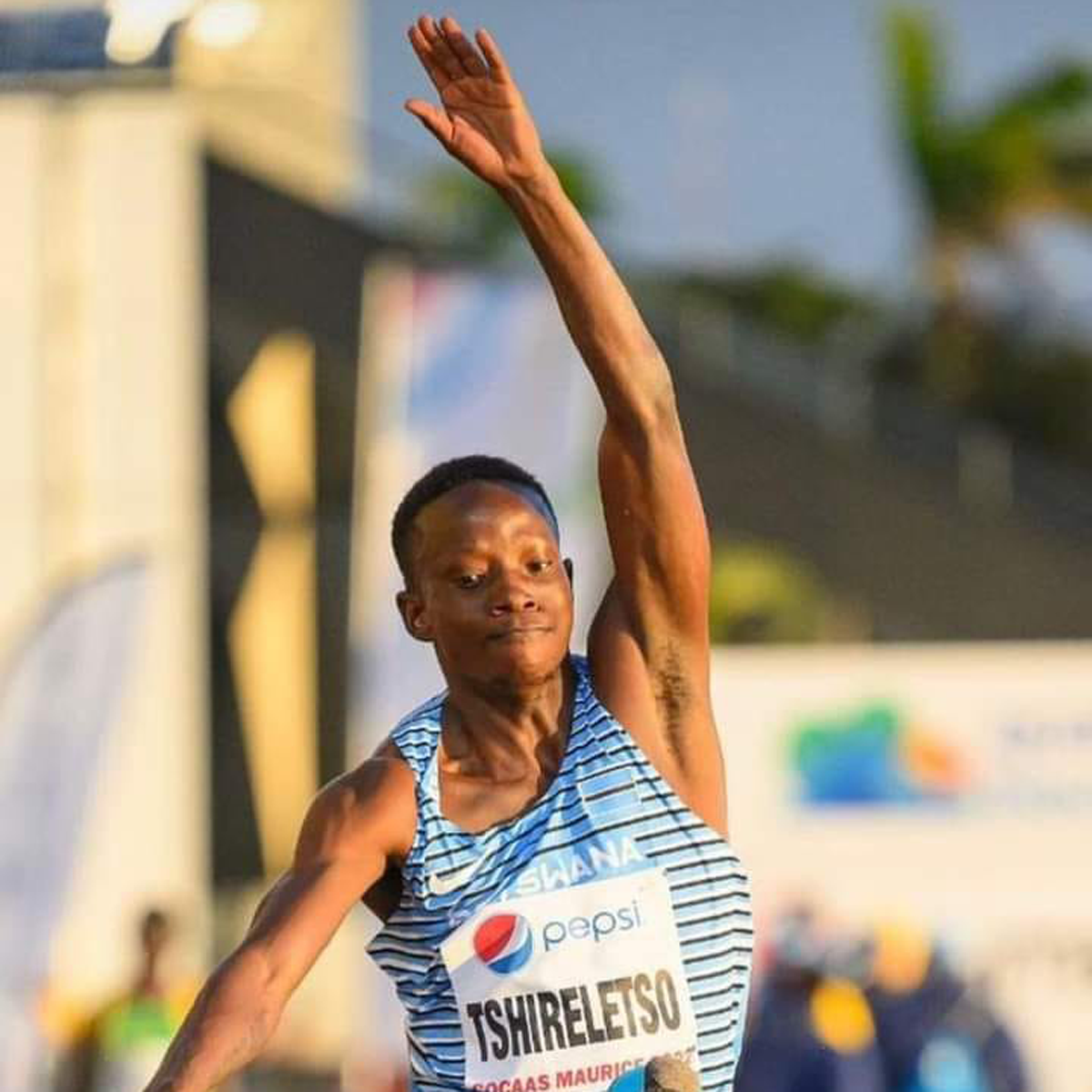 REACHING FOR THE STARS: Tshireletso

Whilst track continues to dominate local athletics, long jumper, Thalosang Tshireletso has leapt his way into the history books by qualifying for the up-coming World Championships in Oregon, USA.

The 31-year-old will join Makwala, Amos and co in America from 15 – 24 July as Team BW try and add to the two medals currently in the country’s sparse world champs trophy cabinet (a gold and a silver, won by Amantle Montsho in 2011 and 2013).

Although he fell well short of the 8.22m qualifying mark, Tshireletso made it to the mega event thanks to his status as reigning continental champion, jumping to victory at the African Championship in Mauritius last month.

The UB Athletics Club member’s distance of 7.82m was enough to secure a spot atop the podium; he will have to improve considerably if he is to make a meaningful impact in Eugene, Oregan.

However, his mere presence at the sporting phenomena, second only to the Olympic Games in the Athletic calendar, is cause for celebration.

The high-flyer follows in the footsteps of icons such as Gable Garenamotse and Kabelo Kgosiemang, who participated at four World Championships between them.

Kgosiemang, in particular put local long jump on the global map, competing in three successive championships between 2011 and 2015. Seven years later, and it is Tshireletso’s turn to leap into the prestigious sandpit.

Speaking to Voice Sport this week, the excited athlete admitted he was still in a state of shock but is determined to make the most of this opportunity.

“The privilege [qualifying as continental champion] applied to field events only not track. I’m excited by this feat because this will be my first World Championship appearance so it’s not a small achievement. It is time to show what I can do against a world class field, I still can’t believe it to be honest!” exclaimed the long-legged sportsman.

His success in Mauritius is in keeping with an excellent season. In setting a new national record in the triple jump at the National Athletics Championships in Francistown in May, Tshireletso broke a record that had stood for 23 years. His 16.77m was 11cm more than the 16.66m managed by Garenamotse in 1999.

A month later, and he recorded the exact same distance to win silver in the triple jump at the African Championships; ironically, he was closer to meeting the 17.14m world qualifying mark for the triple jump than he was for the long jump!

“I always believed I will jump 8m in long jump and 17m in triple jump, there has never been a doubt. I knew it might take me longer but that was not for me to worry about. Qualifying for major competitions is not a big issue when achieving such jumps. And without a shadow of doubt my aim is to make it to the top 8 at the World Champs,” he declared confidently.

Tshireletso is no stranger to the world stage, having taken part at the World Student Games back in 2011; this, however, is a whole new level!

Since coaches for jumps are scarce, to an extent that national team sometimes goes to competitions without field events coaches, Tshireletso was keen to thank Tsaone Sebele and Larona Koosimile for their ‘instrumental help’ in his training.

He will now bolster the ranks in America, where Team BW is made up of: Isaac Makwala, Anthony Pesela, Letsile Tebogo, Nijel Amos, Bayapo Ndori and the men’s 4x400m relay team.