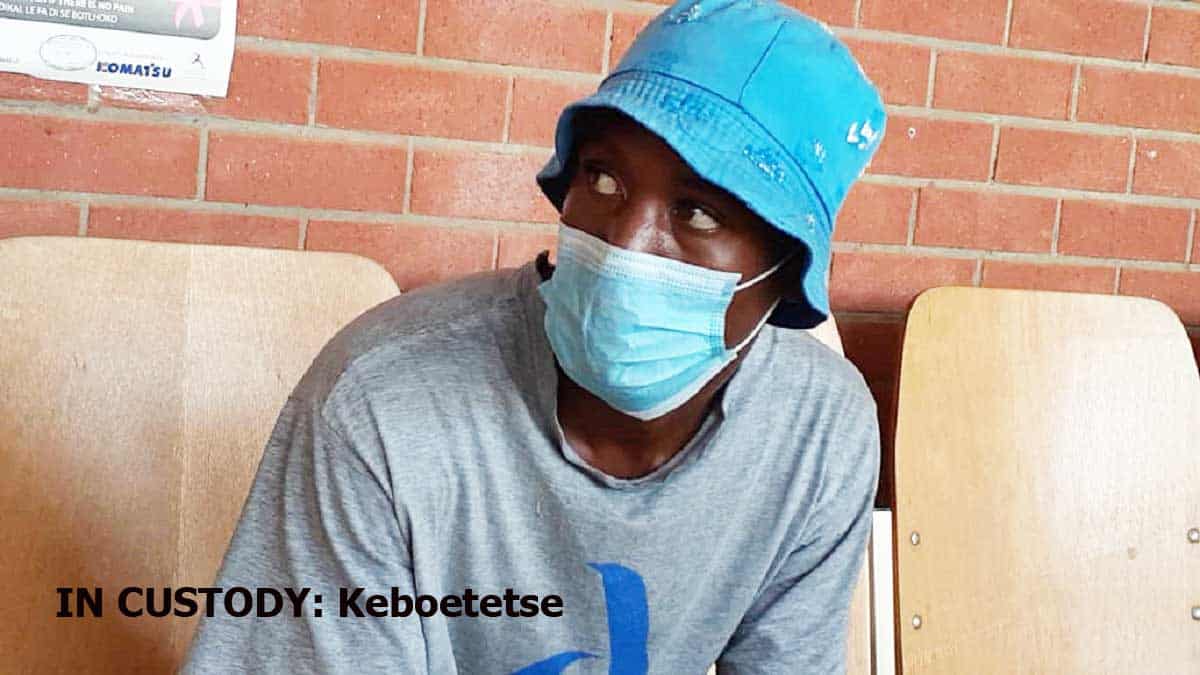 A Maboane murder suspect whose picture was published on Botswana Police Service facebook page last Friday as a wanted person was finally arrested and appeared before Molepolole Magistrates’ Court this week Thursday.

The suspect, 26-year-old Tumelo Stux Keboetetse of Maboane village, fled the scene after the alleged offence and he was arrested in Ghanzi this week Tuesday.

He is alleged to have stabbed to death a 25-year-old Tshepo Olatotswe on March 7th, 2022 night at Queen’s Bar following a misunderstanding over a girlfriend.

The deceased was allegedly stabbed outside the bar when his other girlfriend who had accompanied him for entertainment was inside the bar.

It is alleged that during the heated dispute, the duo left the bar together and later the suspect returned and informed the deceased’s girlfriend that her boyfriend was dying.

Soon as the girlfriend went outside Olatotswe allegedly said his last words telling her that he was dying and he collapsed.

The matter was said to have been reported to the police by a health practitioner after Olatotswe’s friends took him to Maboane Clinic where he was referred to Takatokwane clinic to be examined by a doctor who certified him dead.

The deceased who worked as a herdboy for former spy chief Isaac Kgosi at Mathalane lands is said to have had a bleeding wound on the chest where he was stabbed.

The prosecutor in the murder case, Sub Inspector Patrick Senatla pleaded with the court to remand Keboetetse in custody saying investigations were still ongoing as he still had to assist them with a sharp instrument alleged to have been used in the offence.

“In addition we are still waiting for the post mortem report and affidavit, we pray that the accused be remanded in custody. We also want to alert the court that the incident occurred on March 7th, 2022 and we have been working hard to arrest the accused who was only arrested on Tuesday,” explained Sub Inspector Senatla.

Keboetetse also appeared for mention for his other case of grievous harm for which he had missed mention the same day that he got arrested and a warrant of arrest was issued.

He will appear for mention for grievous harm on April 12th, 2022 while for the murder case he will mention on April 14th, 2022.