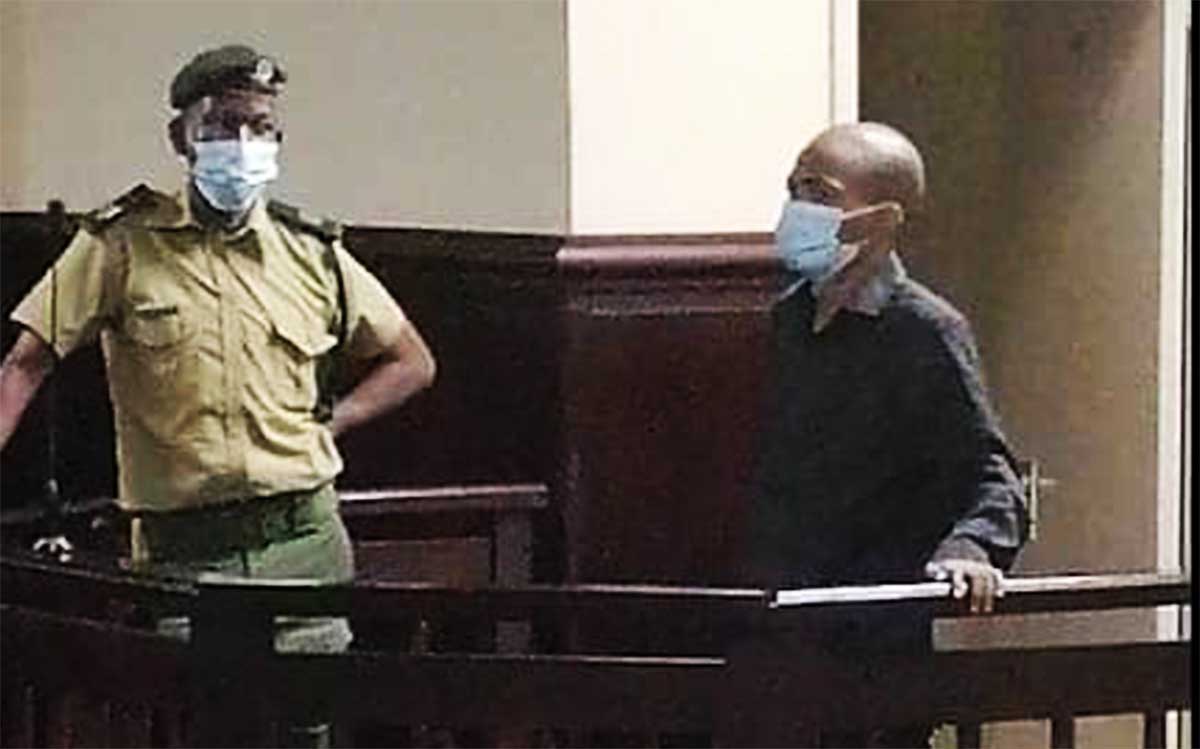 A Lobatse man, Thato Ntando Dube, will know his fate in April on whether he has a case to answer in a matter in which he is accused of opening fire on police officers.

According to an Investigating Officer, Detective Superintendent Barulaganye Ramatshaba, Dube was in the company of two others (not before court) on the 19th of August 2016 when they were stopped at a police roadblock near Lobatse.

He said that when the police stopped the Toyota Ipsum the trio were traveling in, Dube shot at them while his compatriots watched in surprise.

One of the bullets is said to have missed a police officer’s tummy by inches, going through the jacked he was wearing.

The exchange of fire led to Dube sustaining an injury and was subsequently arrested and rushed to the hospital where he spent weeks.

The now retired Ramatshaba said he collected four cartridges that were later confirmed to be from an AK47 rifle.

The officers were armed with AK47 rifles while Dube allegedly fired a 9mm pistol, which the police confiscated.

“I took the cartridges to the Forensic Laboratory and the firearm that I learned was used by the accused person. The expert report confirmed that the cartridges were from an AK47 rifle and that the pistol was useable. The pistol had four live rounds and a magazine,” he told the court.

But Dube’s lawyer Mooketsi Segaise was not impressed with what he called shoddy investigation by the detective, demanding to know why he did not collect the cartridges from Dube’s pistol.

He also wondered why the forensic report was not conclusive on whether the 9mm pistol was indeed fired at he scene of the alleged shootout.

He argued that the police shot at each other and that Dube never fired a shot.

Attorney Segaise said his client who has been in prison since 2016 should be freed.

Dube is facing a single count of attempted murder, possession of firearm and ammunition without license.

The matter will continue on April 12 when Justice Gabriel Komboni will make a ruling on whether or not Dube has a case to answer.