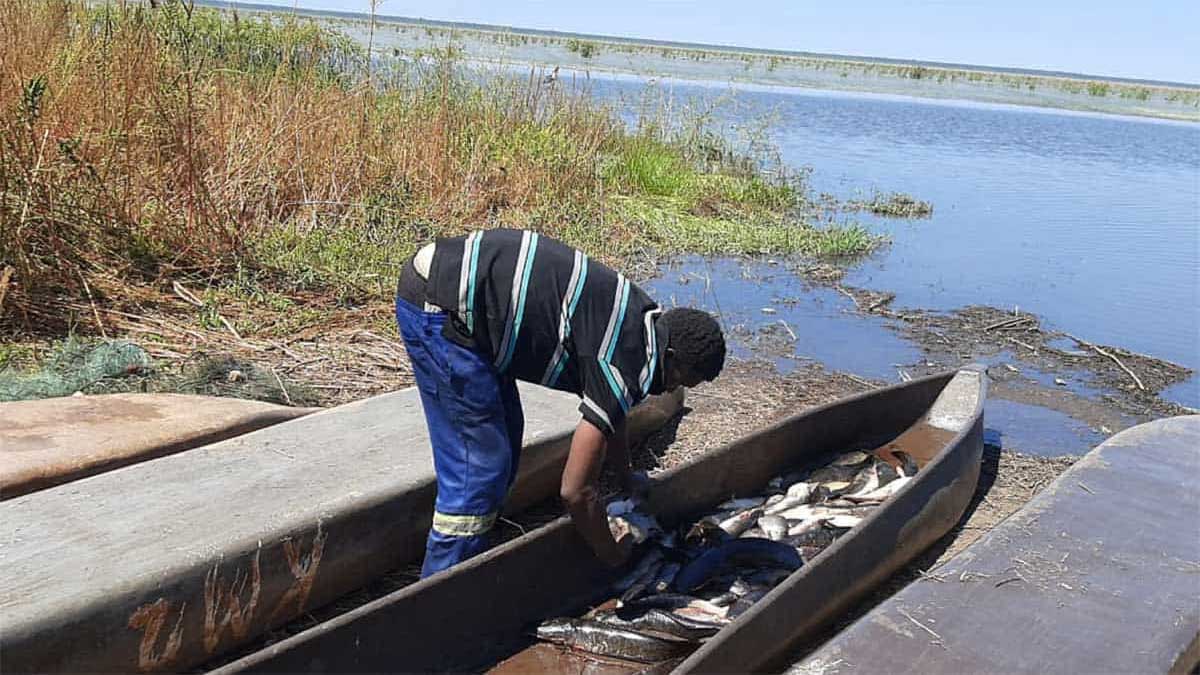 Having survived a fight with a hippo in Lake Nagami on Monday, a 31-year-old man might soon find himself fighting the law if it turns out he was fishing in the area illegally.

Currently recuperating at Letsholathebe Memorial Hospital in Maun, the Sehithwa native sustained bad injuries in the altercation and owes his life to the bravery of his comrades.

Speaking to The Voice, Sehithwa Station Commander, Nshaki Mabophiwa revealed it was a miracle the man made it out of the water alive.

“He was wounded on both legs and had deep cuts on the groin and waist,” Mabophiwa disclosed.

“Some of the people who were at the lake saw the incident from a distance and rushed to his rescue. They saw him being tossed in the air and suspected something was doing that to him and that most likely an animal was attacking him,” explained the top cop.

Risking their own lives, the men rushed to their canoes and paddled to the rescue, somehow managing to scare the hippo away.

Bleeding badly and groaning in agony, the Ngavauva ward resident was taken to the local clinic and immediately transferred to the hospital. He survived the marauding mammal, now he potentially faces the police’s wrath.

According to Mabophiwa, although the fishing season was officially opened at the beginning of April, Lake Ngami Community Development Trust were yet to issue any fishing licences, meaning generally fishing taking place at the site is illegal.

“When he comes out from hospital he is likely to be charged for illegal fishing, that is if he did not have a licence to do so,” stated the police boss.

Mabophiwa further advised people in and around the Sehithwa area to be wary of wild animals, which have started roaming near the lake and village.

“Elephants are moving closer to the village. We are warning communities around Sehithwa to be alert and not to attack these animals, they should not let the dogs to attack them as well as elephants get irritated easily and are dangerous when agitated.

“The water in the lake has gone down and there is a pool that still has deep water. This is where the animals go, including hippos and that is where the fish are as well,” he highlighted.

Warning that the hippo is likely to attack again if disturbed, the police chief urged those involved in illegal fishing to stay away from the lake for their own safety.