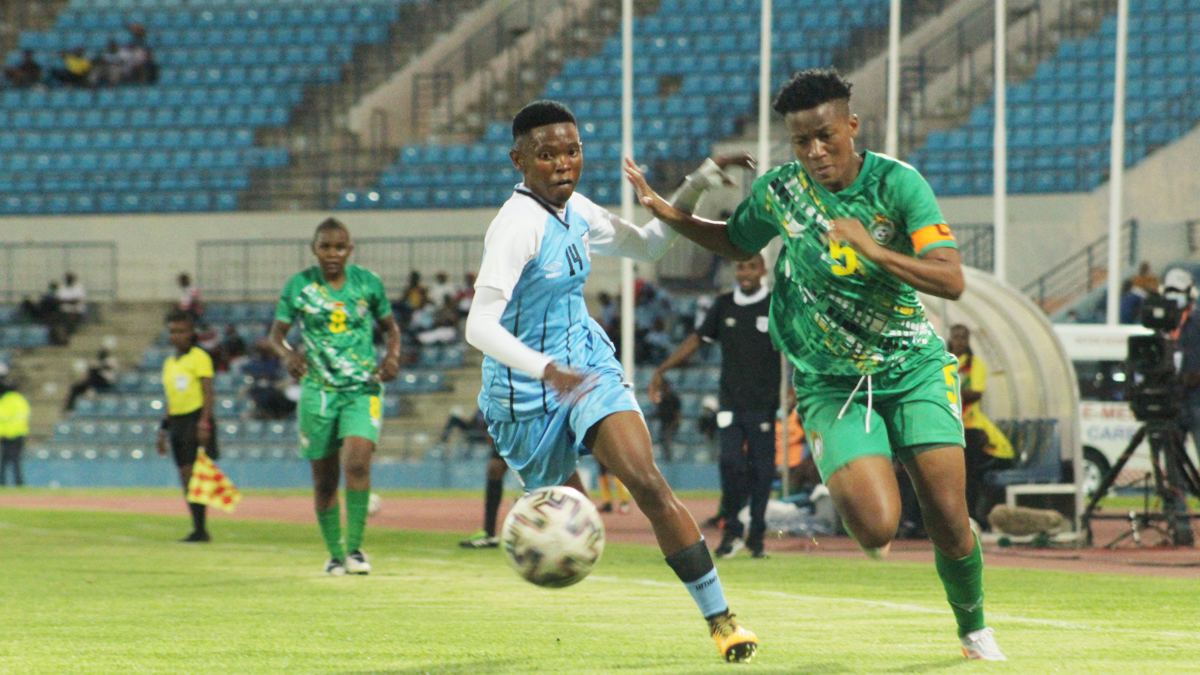 Four months after they made history with a nerve jangling 3-3 ‘victory’ over Zimbabwe on away goals, the Mares of Botswana are ready to make their Women’s Africa Cup of Nations (AWCON) debut.

If they are to make it out of the group and progress to the quarter-finals, realistically the Mares must give Burundi, the lowest ranked team in the tournament, a sound thrashing.

Equally, the Swallows of Burundi, who made it to Morocco courtesy of an 11-1 aggregate thumping of Djibouti, will be eying Botswana as their most likely route to three points.

The two countries, ranked 152nd and 169th respectively, have never faced each other before; what a time for the maiden meeting!

Three days later, the Mares face another trip into the unknown, albeit it in completely different circumstances; Nkutlwisang’s trailblazers go from playing the competition’s bottom rated side to taking on Africa’s top ranked nation, three-time defending champions, Nigeria.

The undeniable queens of the continent, the Nigerians have won 11 of the previous 13 AWCON’s to date, only missing out on the crown in 2012 and 2008.

Ranked 39th in the world, 15 places higher than the next African nation, Cameroon, the Super Falcons are huge favourites for the title; escaping their talons with a draw would be a huge result for the Mares.

They group stage comes to a climax next Sunday, where a well-known, formidable foe lies in wait: South Africa.

It is almost three years since the Mares stunned Banyana Banyana in an Olympic Qualifier, holding the star-studded South Africans to 0-0 over 180 minutes. In the spot-kicks that followed, Botswana emerged 3-2 victors, sending shockwaves across Africa in the process; our southern neighbours will be hungry for revenge.

The top two teams will automatically progress to the quarter-finals while the two best performing third place sides from the three groups will also make it through. Barring another Mzansi miracle, this looks like the Mares most likely path to the last eight and the knockout stage, which is why it is so vital they get a positive result against Burundi.

All four semi-finalists will qualify for the 2023 Women’s World Cup in Australia/New Zealand.

Team BW have endured a mixed end to their preparations, receiving a much-needed financial boost from govt in the form of P4.1 million to cover final training camp, travel and accommodation expenses.

Initially, they were to camp in Tunisia before heading to Morocco but those plans were scrapped due to reports of a looming workers unions strike. Then a scheduled friendly against Uganda fell through at the last minute. Instead, the Mares ended up playing a local Moroccan side, who proved inferior opposition as Nkutlwisang’s players racked up the goals in a 7-0 drumming.

They found Togo much tougher to break down on Wednesday, needing an 82nd minute Nondi Mahlasela equalizer to salvage a 1-1 draw.

In a brief interview with Voice Sport, Nkutlwisang said she knows her starting XI and now has her sights set on new heights.

“Qualifying for the World Cup will be our greatest achievement. The only team we played before is South Africa but we have made a thorough research on Nigeria and Burundi. We are in a tough group and we selected our final squad looking at our players’ strength to match our opponents. This team comes from far, the players know each other and we know what they are capable of. Preparations are never enough but we believe we will do our best to compete,” said Nkutlwisang.

All three of Botswana’s group stage games will be played in Rabat; from all at Voice Sport, we wish them all the best – whatever happens, they have made Botswana proud!