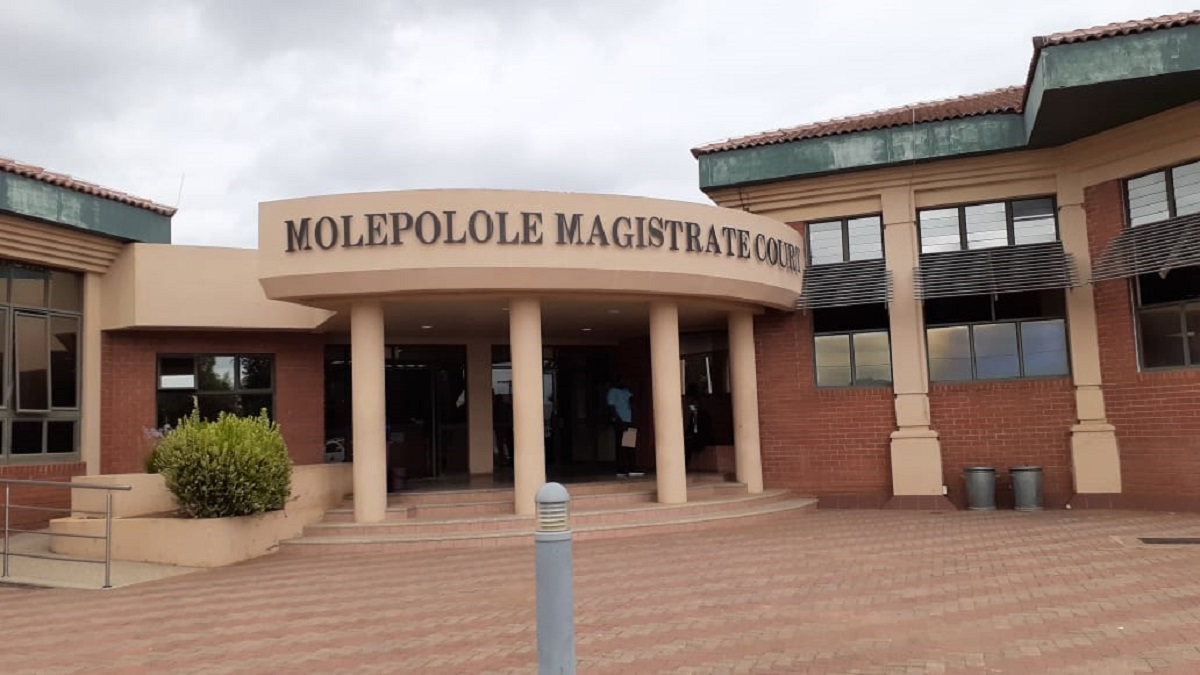 The Chief Magistrate, Kefilwe Resheng, who is on transfer to Mahalapye had returned to Molepolole to attend to some pending cases.

Murder suspect, 34-year-old Mogorosi Vincent Korae of Molepolole, Magokotswane ward was appearing for a threat to kill offence that he had allegedly committed while on bail for murder.

One of the eye witnesses, a court officer who did not want her names to be mentioned told this publication that after the case was called and the prosecutor had addressed the court, Korae objected to the mention of his case before Magistrate Resheng and pleaded with the court to refer it to a different magistrate who was already handling his other case.

“The magistrate advised him that he was not at liberty to choose a preferred magistrate for himself and that cases were allocated to the courts randomly. The accused then got angry and started hurling insults at her saying, ‘Fotsek moruskont’ and before anybody could figure out what was happening, he had jumped out of the dock and was over at the magistrate’s desk. She ran for her life but he quickly went to wait for her by the passage where he assaulted her until she was rescued by a police officer,” explained the eyewitness.

Molepolole Station Commander, Superintendent Benedict Matlho, said that the magistrate has opened a case of assault at the police station.

“We are still investigating the case and upon completion, the suspect is likely to face a charge of assault common. The magistrate sustained minor injuries and she is on sick leave,” said Superintendent Matlho.

Asked about the whereabouts of the court orderly and escort when the incident occurred, the police boss said it happened in the presence of police officers. “We are still awaiting a report that will explain in detail what had transpired on the day,’ he said.