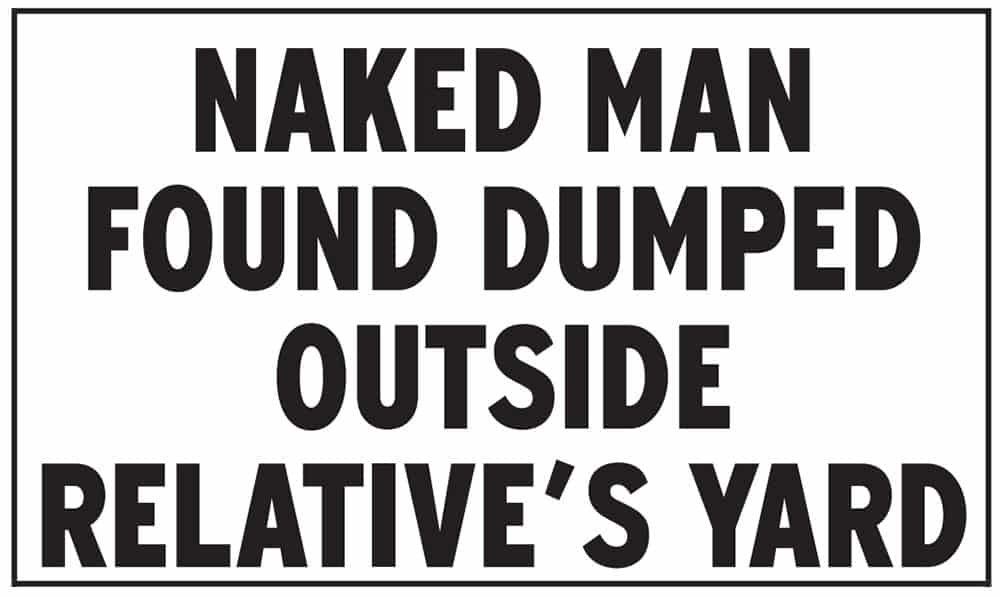 When they went to bed last Friday, never in their wildest nightmares could Obakeng Lesololwane’s have imagined what awaited them the next morning.

They woke to find the young man’s motionless body, strewn out completely naked at the front of their yard.

As questions and gossip engulf the small village of Sese, some 15km out of Jwaneng, his family seek answers from the police on precisely what happened to Obakeng.

Speaking to a family member, who preferred anonymity as the matter is still fragile, she told The Voice she got the fright of her life as she peered through the gloom that morning.

“I woke up that day and went on about my business. He was not staying with me so I was not expecting him home. When I went outside I saw something unusual outside the yard. As I got closer I released it was a human being.”

Screaming for help, she admits it never crossed her mind that the nude figure lying outside her home could have been Obakeng.

“For a moment I thought the person was maybe drunk and sleeping because it was still in the early hours of the morning. I called for help. I did not go closer,” the relative reiterated.

Confirming they were investigating the matter, Jwaneng Station Commander, Mogotsi Thelo said they received the report early on Saturday morning.

“I can’t say it is a murder incident for now, but we are investigating a death incident. We took him to hospital and he was certified dead,” stated Thelo, who appealed to Sese villagers to help them retrace the deceased’s last moments.

“We are still trying to find out who he was last seen with. The problem is it was raining the night and so there are not even any footprints to follow,” explained the top cop, adding the dead man was estimated to be in his late 20s.

The Police boss further dismissed reports he was found with missing body parts.