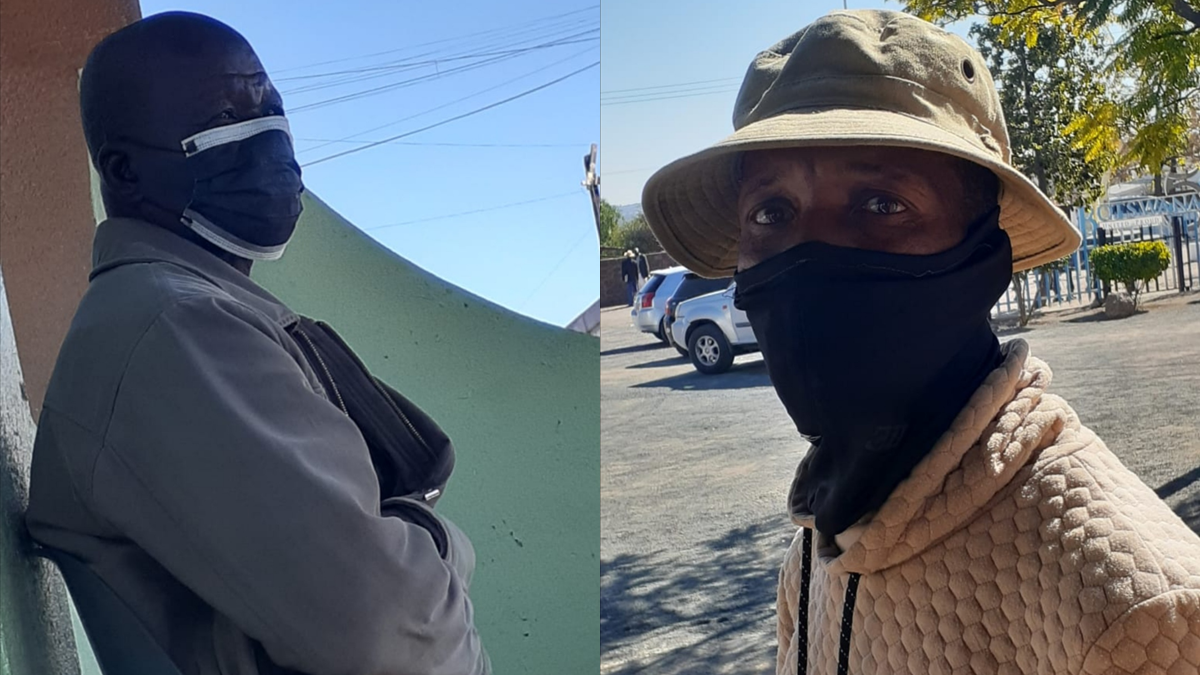 Even though he has since reconciled with the misus, a Moleopole man dragged his elderly neighbour to court last week accusing the old man of wrecking his marriage by impregnating his wife.

Unsuccessfully seeking either eight cows or P24, 000 to mend his bruised heart/ego, 42-year-old John Karabo accused wrinkling grandpa, Olefile Kgampi, 63, of doing the dirty with his wife of one-and-a-half years.

The Ntloolengwae ward native further told Customary Court his wife had suffered a miscarriage due to stress.

Although he had no witnesses, insisting he had proof of the affair, Karabo brandished his phone, containing a recorded conversation between his 39-year-old wife and the neighbour 23 years her senior who he used to call ‘uncle’.

He explained he had lent his phone to his wife, who was unaware he had installed a device that records calls.

With the whole court listening intently as the exchange from 14 October 2021 was played out on loudspeaker, a women’s voice can be heard saying, “I am pregnant, I even did a test. It’s you who impregnated me, I am going to do abortion.”

In response, Kgampi replies, “Why, since you have a husband? I will no longer respect you; why are you feeling guilty, you didn’t kill anyone!”

Outlining his case, Karabo, who got married in December 2020, said leading up to the fateful phone call, Kgampi had started visiting his house regularly.

“I just treated him like an uncle. But within a week I found the recording which showed that my wife was in love with Kgampi and he even impregnated her. I then phoned Kgampi telling him that I have been thinking he is my uncle not knowing he was wrecking my marriage. We met with Kgampi’s parents and he did not deny talking to my wife on the phone,” stated the scorned complainant.

When asked by Kgosi Kebonyethebe Kgari what happened to the baby, Karabo responded confidently, “My wife told me she experienced some heavy flows during her menstruation which showed she was pregnant; I believe she had a miscarriage because of fear.”

In his defence, Kgampi argued he could not be found guilty of marriage wrecking as there was absolutely no evidence he had slept with the other woman.

“Even the pregnancy, I did not know since there was no baby born. I only recently know Karabo when he accused me of wrecking his marriage,” stated the older man, adding the younger lady did indeed call him and proposed love.

He further explained the call came early in the morning when he was fast asleep and so he answered it in a drowsy state.

In the end, Kgosi Kgari acquitted Kgampi and dismissed the case, noting there was no concrete evidence to prove the pregnancy or indeed that there was any affair.

Nodding his head in approval at the ruling, Kgampi strode out of court while, shaking his head angrily, Karabo vowed to appeal the decision.