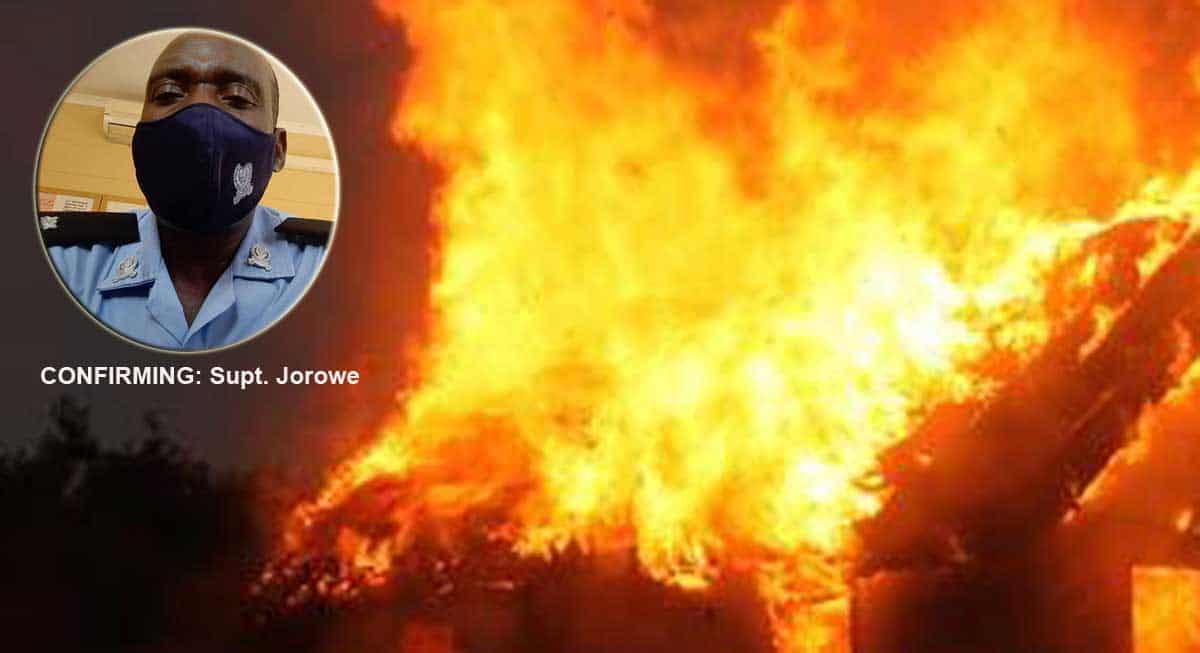 A family in Hukuntsi watched helplessly as P18,000 worth of lobola cash was reduced to ashes after their house caught fire last Tuesday night.

The incident is said to have occurred at Gakhibana ward at around 0400hrs while people were still asleep.

It is alleged that one of the family siblings heard the voice of someone screaming for help and when he went outside the house to investigate, he noticed that his parents’ two roomed house near his yard was on fire.

Without wasting time the man allegedly rushed to the scene to rescue his parents, where upon arrival he pulled out his disabled 91-year-old father and 82-year-old mother.

Tshane Police Station Commander, Superintendent Vusimuzi Jorowe, confirmed the incident and said the burnt items were valued at P69, 000 including the P18, 000 cash that was kept inside the house.

Other burnt items included two base beds, a wheel chair, shotgun and arm certificate and other household items.

“It was suspected that the cause of fire might have been a paraffin lamp that the family used. I encourage people to save money in banks to avoid the risk of losing it under such circumstances. Apart from incidents such as this, money kept inside the house can also be stolen,” explained Superintendent Jorowe before confirming the second similar fire incident.

He revealed that they are also investigating another fire incident still in Hukuntsi at Magobelelo ward in which a one roomed house was burnt to ashes on Friday morning.

“Cash amounting to P3, 100 was also kept inside the house and luckily enough there were no human injuries sustained. The fire apparently occurred while the family members were sleeping outside the house. As for now the cause of the fire is not known and investigations are underway,” he said.

It is alleged that a 47-year-old woman who is running a depot was sleeping outside the house with her boyfriend when the landlord alerted them about their burning house.

Threat to kill husband in court

Who is likely to catch Masisi’s eye for cabinet?